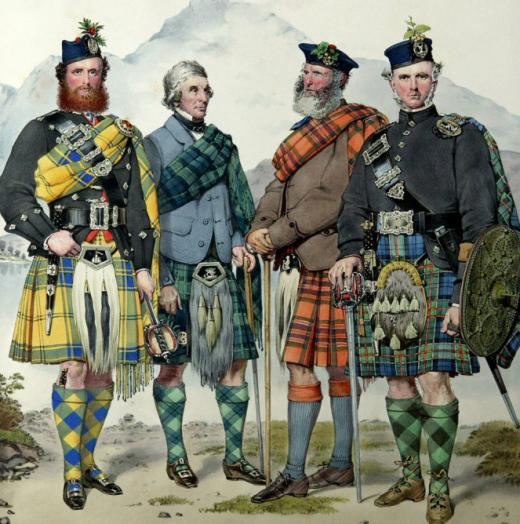 Scots in Russian history played key roles at times, served in the Russian army and reform it. 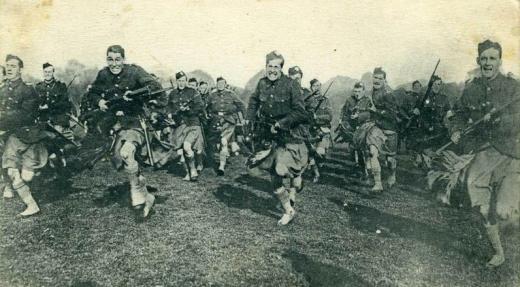 History of Russian-Scottish relations long, but scientists still can not reliably determine exactly when it started. It is known, for example, that already in 1495, arrived in Moscow ambassador Danish King Christian I Peter Davidson. He arrived in Russia on a ship with “copper … and four excellent craftsmen from Scotland, who have experience in casting entire hose.” That is, the Scots were the first in Russia in the XV century.

Jimmy against the Tatars. 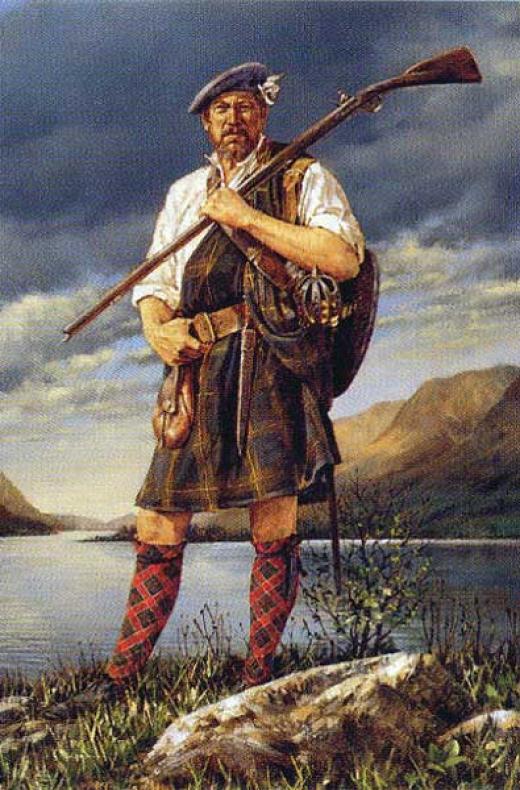 In the XVI century Russia challenged with Sweden disputed territory, there was a war. The first Scots in the Russian army thus became prisoners Scots. Jerome Horsey wrote in his Russian notes that he personally made ​​sure that the Scots prisoners transferred under Moscow, and persuaded the king of the Scots – it’s not the same thing, that the enemies of Russia Livonians, Poles and Swedes. By definition Horsey Scots at the time – a “nation of wandering adventurers, mercenaries, military service, ready to serve any Christian emperor, for the maintenance and salaries.” The king listened to Horsey. Since that time, the Scots began in the Russian army with its.

The first officially established Scot in Russian service was Jimmy Linget. About him we know that even in the XVI century, he led a detachment of Scottish mercenaries in the service of the Russian Tsar.

If you believe Horsey, Scottish squad fought “successful than twelve thousand Russian with their short bows and arrows.” It was all about the Firearms Scots. “The Crimean Tatars, who did not know before the guns and pistoles were scared to death by firing cavalry, which they have not seen before, and screaming.”

The king, of course, was pleased with this performance, so showed mercy to Scotland – Scots began to complain of the land where they could live and start a family. I must say that goes back not so many Scots. Remained in Russia and Jimmy Linget. 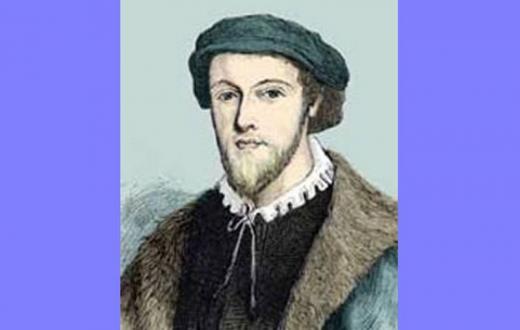 Let’s not forget that one of the Russian classics – Mikhail Lermontov had Scottish roots. His ancestor, George Lermont arrived in Russia from Lithuania at the beginning of the XVII century. In Moscow, George became Yuri Andreyevich. It is this George Lermont and became a pioneer of Russian branch of Lermontov.

It is also interesting that the Russian poet Lermontov is also a blood relative of George Gordon Byron, because even in the XVI century blood Gordon and Lermontov connected. Hence the poet and his fatalism tendency to romanticism. And most distant Scottish ancestors Lermontov was, incidentally, also a poet – Thomas the Rhymer. He was called a visionary, he dared to predict the death of the king, and not a mistake in the forecast, for which he received the nickname “honest.” According to legend, when Thomas was time to die with him came two white deer and took the kingdom of fairies, but he said that he will return to earth again and again to be a poet.

And what about Leslie? 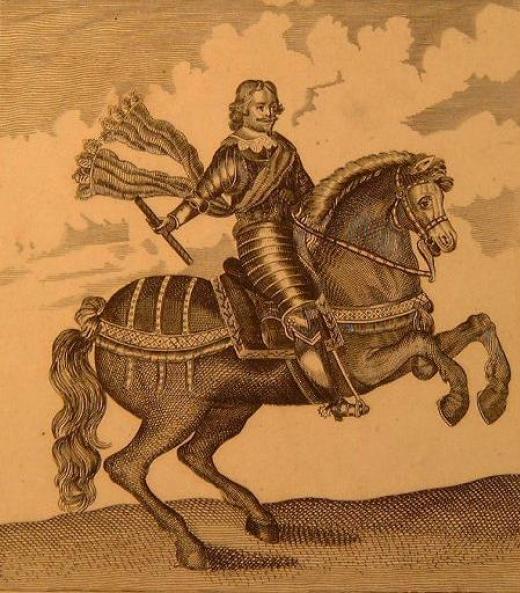 Scottish military were comfortable for the Russian army because, as a rule, have good connections in other countries. During a war, it was often more productive to hire the service of several thousand mercenaries than to arrange the full mobilization of the country living peasant labor. Who will feed the people?

In the first third of the XVII century in the Russian army is one Alexander Leslie, Senior Colonel, – the son of the famous Scottish warlord. His voyage for the army, 5,000 soldiers ended with success. He signed a contract with the German and British colonel in Russia sending 5000 mercenaries. At the same time one of the four regiments were recruited from some Englishmen and Scots. 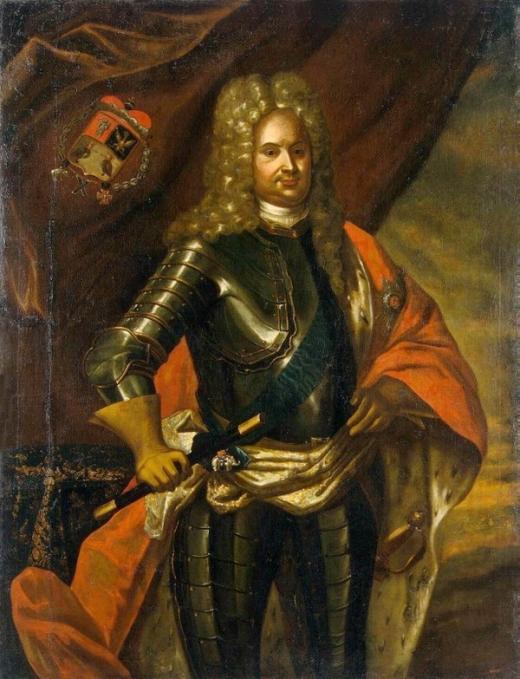 One the most famous and mysterious Russian Scotland – James Bruce. He was one of the closest associates of Peter I, Field Marshal (1726). Participated in the Crimean (1687 1689) and in the Azov (1695, 1696) campaigns Peter 1. For the commander of the Russian artillery in the battle of Poltava in 1709 he was awarded the order of St. Andrew. He participated in the laying of St. Petersburg May 16, 1703. Signed the Treaty of Nystad.

In 1721, Bruce received the title of count of the Russian Empire. August 30, 1725 awarded the order of St. Alexander Nevsky.

In 1706, in keeping Bruce was transferred to Moscow civil typography. The most famous of its publication was the reference and astrological “Bruce calendar” (1709-1715).

Bruce was one of the most educated people of Russia, naturalist and astronomer, and owned the largest library (approx. 1,500 volumes), almost exclusively scientific, technical and reference content. He never studied, and only succeeded in self-education.

His contribution to the history of Russia is difficult to overestimate. He created the Russian-Dutch and Dutch-English dictionary, the first Russian textbook on geometry, “Map of lands from Moscow to Asia Minor”. In 1702 he opened the first Russian observatory at the Navigation School (was its director) in the Sukharev Tower. Popular rumor ascribed to Bruce glory warlock and sorcerer. 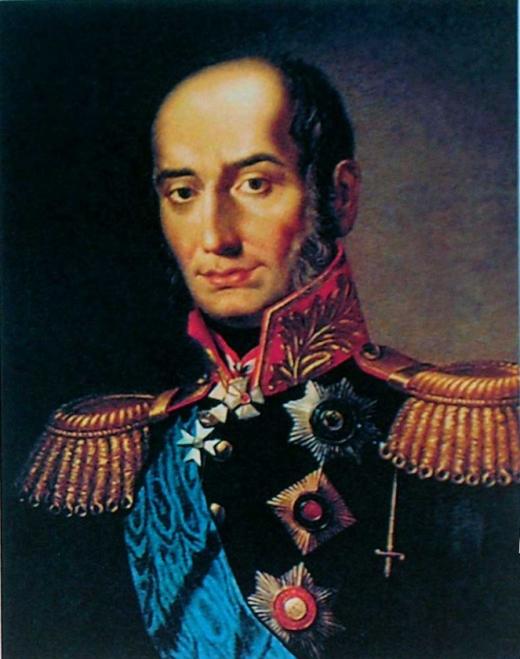 Descendants of the ancient Scottish family was and Barclay de Tolly. The first time he distinguished himself during the assault Ochakova when saved from destruction wounded Prince of Anhalt. Prince not forget his adjutant and Michael will promote the service. April 19, 1790 at the Battle of Kernikoski prince will mortally wounded and died at the hands of Barclay.

The War of 1812 was the most brightest page in military biography MB Barclay de Tolly. Knowing the strategy of Napoleon – to defeat the enemy in a pitched battle at the border and force him to the World – Barclay begins to retreat to connect dispersed Russian forces and prevent the French marshals break them in pieces. His actions are subjected to increasing criticism of the generals, his resignation began requiring nobility. As a result, the commander of the Emperor appoints Kutuzov. Idea to leave Moscow also expressed Barclay first, but then his words are not heard.