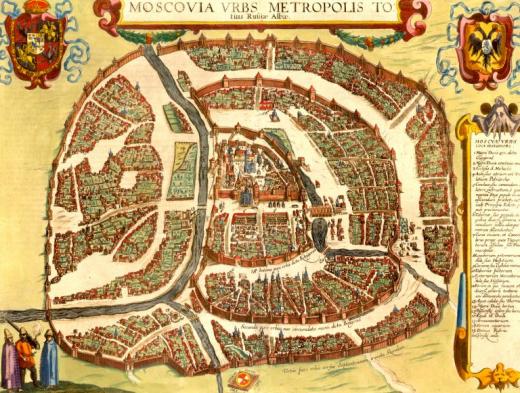 Russia is a labyrinth consisting of many labyrinths placed inside the labyrinth. And in each labyrinth you are waiting for your own “minotaurs.” 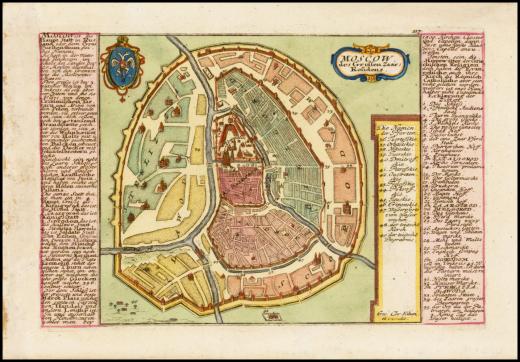 According to the research of the famous Russian archaeologist and researcher of “underground Moscow” Ignaty Stelletskiy, underground constructions under the buildings of the XVI-XVII centuries, located within the Garden Ring, are connected to each other and to the Kremlin by a network of underground labyrinths. And initially the plan of the underground capital was created by the Italian architects of the Moscow Kremlin – Aristotle Fiorovanti, Pietro Antonio Solari and Aleviz Novy. In particular Stelletskiy wrote: “All three architects as foreigners could not leave Moscow and had to lay down their bones in it …” The archaeologist discovered a well-coordinated system of 350 underground points, thanks to which, for example, it was possible to get from the Kremlin to the Vorobyovy Gory. However, after Stelletskiy’s death, the studies were classified. 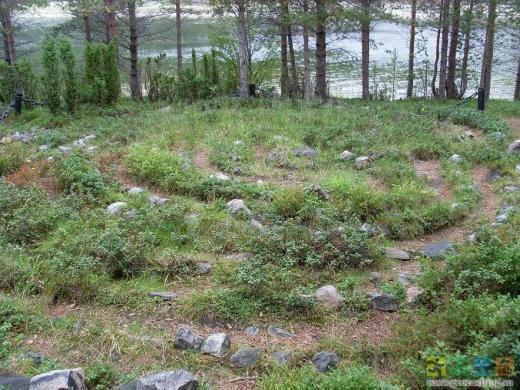 “Babylon” – the so-called labyrinths in the Russian North, where, by the way, there were a lot of them. There is a version that they were originally called “avalonami” (in honor of the Celtic mythical island of the Blessed), and then, with the advent of Christianity, according to the consonance – “Babylons”. Some believed that the ancient people in these buildings sacrificed, others – places for initiations, the third – places of power, where a person can move into another dimension. There was even an opinion that these were fish traps, which fell into the labyrinth during the tide.

It is not known what originally function was performed by “Babylon”, built on the shores of the Kandalaksha Gulf 3-5 thousand years ago. It is known that the Saami conducted their shamanic rituals here at the beginning of the last millennium. Then this place was inhabited by Russian Pomors, who treated the “Babylon” very cautiously. It was believed that a “journey” through the maze could result in a descent into hell. True, they say, Pomory-Old Believers still enjoyed the “Babylon” before the beginning of naval navigation: they say, with the help of the labyrinth, it was possible to control the winds. 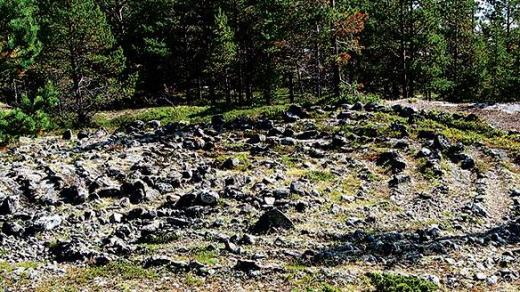 Near the river Umba (near Kandalaksha) you can find another “Babylon”. Probably, its functional did not differ from the neighboring Kandalaksha labyrinth. Local residents said that “Babylon” is in the old Sámi cemetery, and the passage of the labyrinth can result in unwanted contacts with ancient spirits. 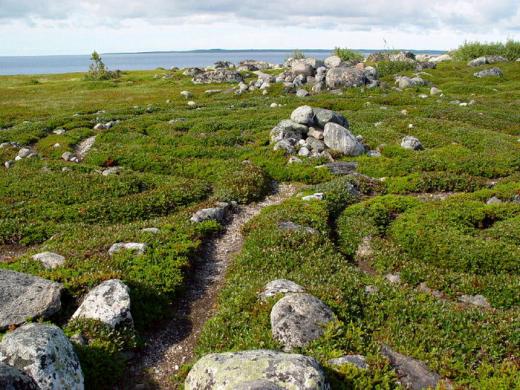 This labyrinth is located on the Big Solovetsky Island. It consists of two intertwined snakes. Regardless of which way you are going, you will always return to the entrance. There is a belief associated with this “Babylon”: the popular rumor said that it helps to double “material” values. For example, if you pass a labyrinth with 10 rubles in your pocket, your capital will soon grow to 20 rubles. People scientists, “investment” version is, of course, called nonsense. 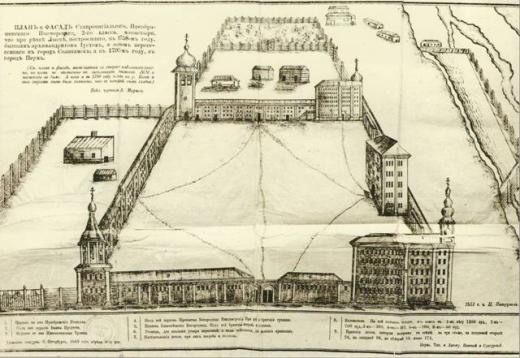 This labyrinth was accidentally discovered in 1915 in the Urals, near the Pyskorskaya Mountain. At one time on the mountain stood Pyskorsky Monastery, the birthplace of the famous Stroganovs. Under the monastery, monks created a system of tunnels, underground chapels, secret cells, warehouses and other premises. To study the labyrinth more thoroughly and failed, because soon a single underground passage in it was closed by a descending landslide. It is interesting that among the locals there have long been legends about hidden treasures in the mountain, while some of the villagers in a dream from night to night came to an old man and indicated the location of the treasure.

“The Garden at Tempel Pavilion” 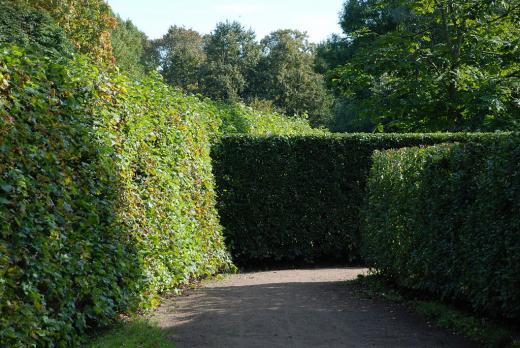 Peter I was a big fan of labyrinths. It is said that no less than ten buildings throughout Russia were built by the order of the modern tsar. Peter even attributed the creation of some “babylon” in the Belomorie, which archaeologists allegedly are mistaken for today’s Neolithic structures. But these are all rumors. With complete certainty, one can attribute to Pyotr Alekseevich the authorship of only one labyrinth – in Peterhof, which was created according to the plan of the French specialist Jean Baptiste Leblon. The labyrinth, called “The Garden at the Temple Pavilion”, was an almost square plot of about 2 hectares. In the center of it was an oval pool, from which eight paths separated; they were crossed by a ring alley, dividing the site into sixteen clumps, in which flowers were planted. Despite the “vegetable” origin of the labyrinth was not so innocuous: there were rumors that some “travelers” were completely lost there. According to another legend, “The Garden at the Temple Pavilion” was eventually chosen by the first Russian Masons, who conducted their secret rituals in it.

“Labyrinth of the Spiritual” 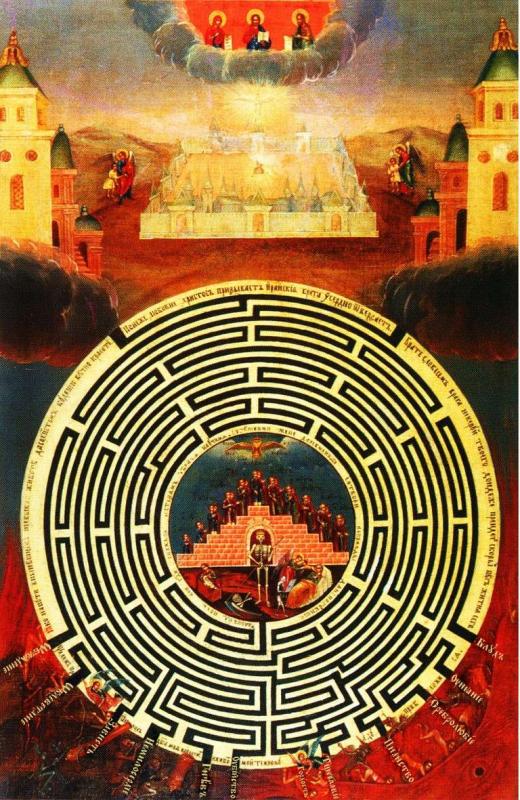 This icon, written in the XVIII century, you can see in the New Jerusalem Monastery. The image is very unexpected for Russian iconography: knowledgeable people talk about the influence of the Western Christian tradition. Although this is not important. “Labyrinth of the Spiritual” includes 12 circles: two entrances lead to the Kingdom of Heaven, and twelve – to hell. The icon serves as a kind of a detector of sinfulness: having gone visually from the center to the road, you are allegedly rested precisely in your main sin. People said that you can go through the “Labyrinth Spiritual” just before confession (and once in a while).