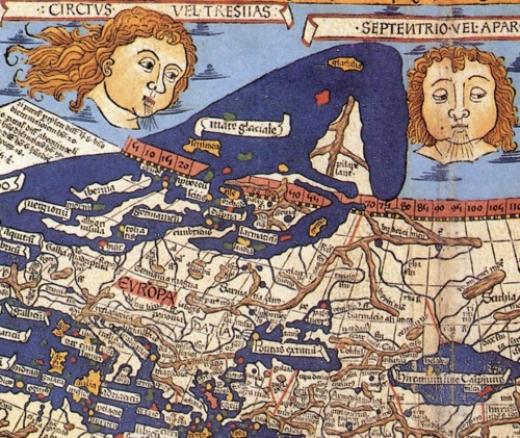 “Russia” – the name is relatively new. Before that our territory was recorded in historical annals and plotted on maps just under other names. 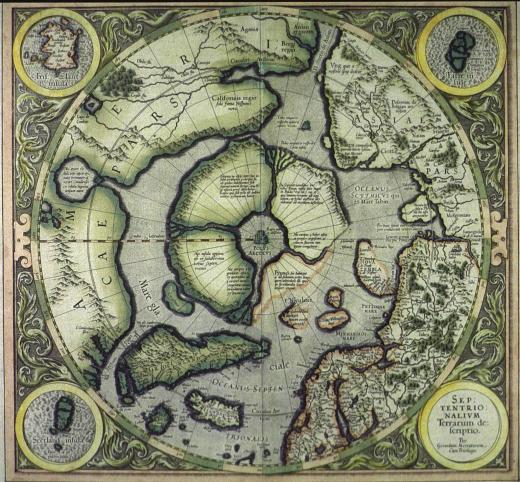 Legendary country of ancient Greek mythology. Many scholars argue that the Hyperboreans many thousands of years ago lived on the territory of the Russian North. Interestingly, even many medieval maps these lands were designated as Hyperborea. The ancient Greek historian Diodorus the Sicilian described Hyperboreans, as favorites of fortune, or rather the God Apollo, who often visited this region and openly patronized Hyperborea. Diodorus not without envy wrote: “Even death comes to Hyperborean as disposal of satiety life, and they, having experienced all the pleasure, thrown into the sea.” 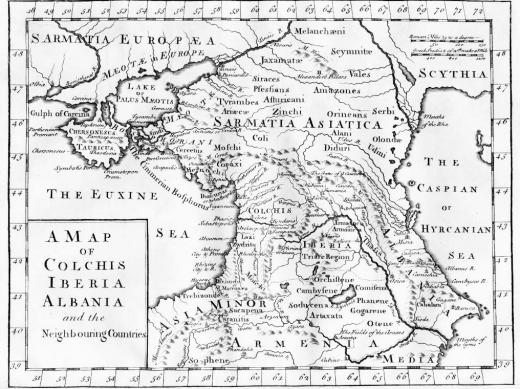 The borders of this country stretched from the Black sea to the Urals. Some historians say that the Sarmatia was settled by immigrants from the mythical Hyperboreans, who drove the Scythians and began to rule their people. Interestingly, many births (coats of arms) of the Polish gentry believes that occurred from the Sarmatians (the so-called Sarmatism). By the way, Mikhailo Lomonosov, in contrast to the defenders of the Norman theory believed that the origins of the Russian state you want to search for it in the Sarmatian tradition.

These concern the name of our country European cartographers marked right up to the nineteenth century. Many Russian historians optimistic linked the name of “Tartary” with the Tatar people. But it is unlikely that Western European geographers of the middle ages would have agreed with them a positive attitude, because the name “Tartary” they are associated with Tartarus, hell in Greek mythology, where were overthrown God Kronos (Saturn) and the other titans. The localization of this godforsaken place on Russian soil, we are obliged to astrologers, according to calculations by which this territory is controlled by the planet Saturn with all the ensuing consequences. It is interesting that Nostradamus in his “Centuries” promised a happy ending to Tartarus, claiming that the land of Saturn in the end times will have to wait for almost a Golden age. 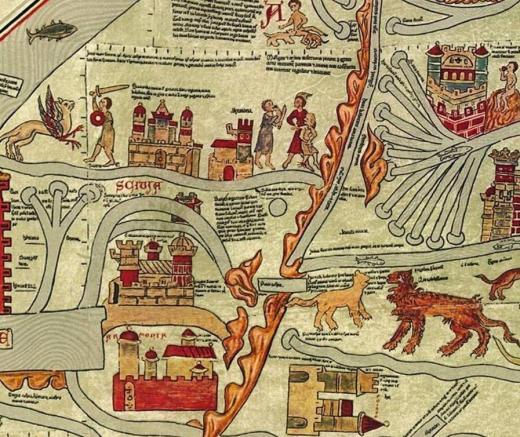 The so-called present territory of Russia Normans and other Vikings. From the Icelandic word “Gardariki” can be translated as the “land of cities”. Given the fact that the Normans, seen in his lifetime a lot of countries and territories, “city” name was called only Russia, it is possible to judge about the high level of civilization of our ancestors.

The famous Icelandic skald and politician, Snorri Sturluson, who lived in the late XII-early XIII century, was called the European territory of the Russian Federation great Sweden (Iceland – Svitjod). That is, in some extent, we, citizens of Russia, are the Swedes. Only large or great. So skald describes Russia-mother in the collection of sagas “the first Circle”: “North of the Black sea extends Svitjod Big or Cold. Some believe that the Great Svitjod no less than the Great Serkland (the country of the Saracens), some compare him with the great Bloland (Africa). The Northern part Svitjod not settled because of the frost and cold. In Svitjod many great hanadiv (cities). There are also many different Nations and many languages. There are giants and dwarfs, there are blue people and many amazing peoples…”. Actually, since Snorri of Sturlusson little has changed. Is that the blue men is a rarity. 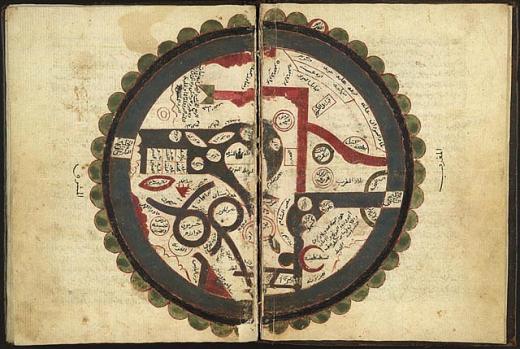 This name was given Rus Arab geographers al-Farsi and Ibn Haukal in the X century. The capital of Al-Slavia was the city of Salou. Many historians identify As-Slavia with the Novgorod land, and Salou with the legendary city Slovenska, which was located near the present Veliky Novgorod. Interestingly, Arab historians gave us a few names of Russian territories: Artaniya and”. About the localization of the Artaniya still debatable: some historians put it in the modern district of Ryazan. The ” same clearly linked with the Kiev land 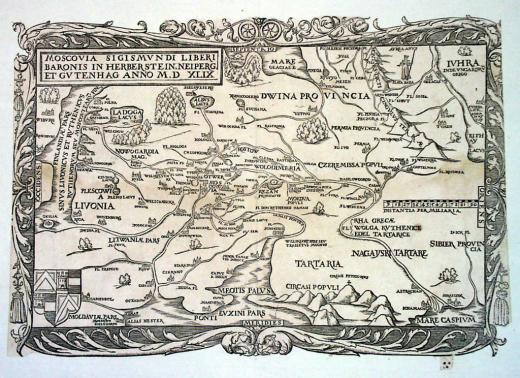 Here, it seems, everything is clear: Russia called Muscovy thanks to its capital. However, many sources claim that the name Muscovy comes from Moska (or Meshech), the grandson of Noah. They say he was the founder of the people “Russians”. Interestingly, this version was written in the synopsis, or Summary of the beginning of the Russian people”, which was published in 1674 in the walls of the Kiev-Pechersk Lavra. Many historians went even further, declaring that the words “Moscovia” and “Moscow” does not have each other nothing. If the name of the state came from the descendant of the old Testament prophet, the capital of this state from a local idol Merya tribe, which, as you know, was the aboriginal lands of present-day Moscow region. Alas, but check out these versions in the XXI century we have no way of…