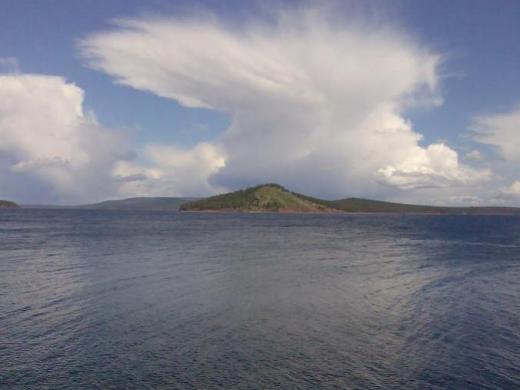 Bratsk reservoir – a reservoir in the Irkutsk region of Russia, founded on the river Angara in the result of construction of the Bratsk hydroelectric power station, the second on volume of the reservoir in the world. On the banks of the city of Bratsk, by which it was named, and Svirsk. Water is widely used for navigation, fishing, rafting and water supply. A lot of fish resources.

Bratsk reservoir on the river Angara is the biggest on the total volume (169,3 km3) the valley reservoir in the world. The reservoir is filled in 1961-67 years and has a very complex configuration. Consists of two main pools, occupying the flooded areas of the valleys of the rivers Angara (length 500 km, the maximum width 33 km) and Oka (the length of 370 km). In the valleys of many other tributaries formed a long meandering creeks.

Bratsk reservoir is of great importance for energy, navigation, rafting, water and fisheries. 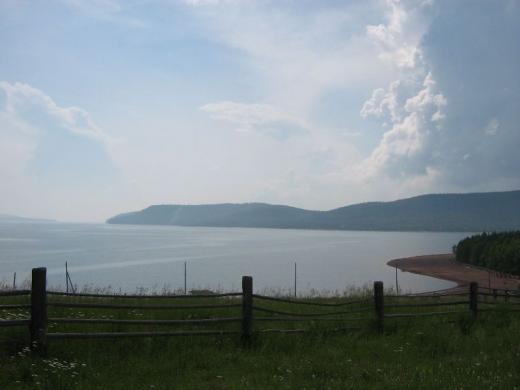 The dam of the Bratsk hydroelectric power station was built in 1961, the filling of the reservoir ended in 1967. The surface of the water reservoir ranges from 5 426 km2 to 5 470 km2, and the volume is 169 km3. Useful volume of the Bratsk reservoir is 35.41 km3, mean depth 31 meters, level change during the drawdown on the NPA – 7.08 m, Coastline length of about 7 400 km strongly indented, in the confluence of major rivers – Angara, Oka, and others formed a long bays. The width of the Bratsk reservoir exceeds 20 km.