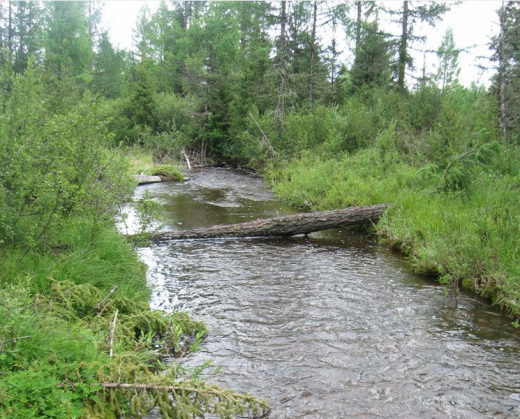 The object, as noted by the archaeologists who discovered it, is an array of tombs of the representatives of the Xiongnu — nomadic people, came to the territory of modern Tuva from the North of China.

“Perhaps we are dealing with people who at one time became the origin of the Turkic ethnic group. Immigrants from Northern China appeared in Tuva at the beginning of the Great migration — this is indicated by the burial characteristics of Ala-TEI — the most important archaeological monument, which was found in the end of the expedition,” says the head of the expedition, senior researcher of the Department of archaeology of Central Asia and Caucasus of the Institute RAS, Marina Klonowska, which noted that despite its age, the discovered burial site was never looted.

This, of course, only on hand the modern researchers who discovered inside graves huge number of ancient and valuable science of artifacts.

Immigrants from Northern China appeared in Tuva in the era of the Great migration: evidenced by the new archaeological monument from this period, discovered in the flood zone of the Sayano-Shushenskaya hydroelectric power station of the Tuva archaeological expedition of the Institute of history of material culture Russian Academy of Sciences (IIMK ran). This monument became one of the most significant discoveries of the expedition in 2016, and his research is scheduled to continue into 2017.

“On the banks of the Yenisei discovered numerous archaeological monuments, – told TASS the head of the expedition Marina Klonowska, senior researcher of the Department of archaeology of Central Asia and Caucasus of the Institute of RAS. The most interesting burial ground Ala Tey, where it was excavated 10 burials of Xiongnu (Huns), a nomadic people who lived in the steppes North of China in the I century BC – II century ad This monument is a very important discovery indicating that at the beginning of the era of the Great migration on the territory of Tuva there is a group of newcomers that took place, apparently from Northern China. From this moment begins the formation of the Turkic ethnic group”. 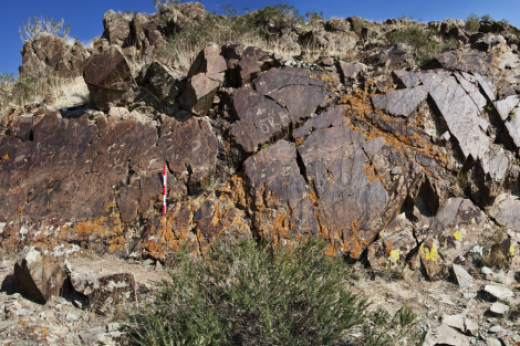 Archaeologists emphasize that none of the graves in this monument was not looted. Among the finds made in Ala-TEI – belt of nomads with a unique bronze buckles that are true works of art: they are decorated with images of animals, geometric and floral designs. One of the buckles is decorated with inlays of coral, turquoise, jade and carnelian. In burials were also found Chinese coins, mirrors, bronze model of cowry shells, a large collection of ceramics.

The Scythians and Xiongnu

During excavations in the valley of the river Eerbek in Central Tuva, which took place with the participation of students of Tuvan state University, specialists of the Institute of Sciences discovered the artefacts of the Xiongnu. “Found a lot of ornate ceramics, bronze weapons made of bone and iron, a little gold jewelry. In the funerary inventory includes things Xiongnu, which indicate the relationships of the population with the Empire of the Huns, that is, their appearance on the banks of the Yenisei river, which we recorded on the burial ground Ala-TEI was prepared earlier,” – said Marina Klonowska. In the course of these researches studied the burial Saucken-1 and Sauskan-2, left by one of the Scythian tribes in the III-II centuries BC, the Archaeologists say that the collected scientific information supplements the discoveries made at the burial of Ala-Tay.

Another point where the Tuva expedition of the IIMK RAS worked in 2016 and plans to continue in the current, became the border with Mongolia area in the South of Tuva in UVS Nurskaya basin, and Mongolia. The study here was conducted jointly with the Institute of archaeology of Mongolia.

In the study of monuments here that rock art Ovury XII-XVIII, Kara-Turug 1 and 2, the expedition discovered several hundred new images, reproducing scenes of processions of animals, hunting, battles, chariots, houses, images of goats, deer, predators from different historical periods. Also found kereksur – Kurgan, in design resembling a spoked wheel, and ceremonial burial in the bronze age II Millennium BC, in which were the bones of red deer and the bull.

“The gorge, Mongon-Tsahir from ancient times were the trail connecting the Tuva and Mongolia, it drove Cupid himself-San, a hero of national resistance of the XVIII century – said Belonovsky. – On rocks along the trail in the middle Ages were engraved mysterious signs – tamgas that have yet to decipher. Several hundred petroglyphs recorded at the border crossing, Borshoo. There are many unique patterns, for example, camels, flying reindeer”.