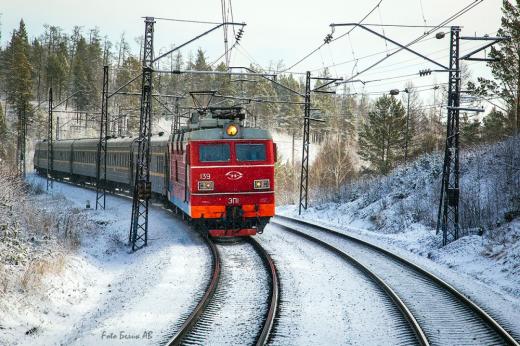 The train journey from Beijing into Mongolia, across Siberia and finishing in Moscow is one of the most epic of itineraries linking two very large countries. This journey aboard a very comfortable train covers almost 8000 kilometres/5000 miles all in two weeks travelling through six time zones and ever changing landscapes. The trip will expose you to several different cultures and a myriad of exciting and unusual landscapes and all this while relaxing in your compartment or the observation/day car.

Your journey by train departs from Beijing travelling to Mongolia. Before arriving in Mongolia, the vast and expansive Gobi Desert is another highlight.

On arriving in Mongolia, you have an overnight stay in Ulaanbaatar, a city which combines the traditional and modern. However, the main impression one gets is of a city lost in time. Cows roam the streets and many locals still dress in traditional garb. All this will be seen on a tour of the city. After an overnight in Ulanbaatar, visit the Gandan Monastery after which, head out into the countryside to the Mongolian Alps where you will meet nomadic herdsmen and enjoy a demonstration of horsemanship and traditional wrestling.

Depart from Mongolia and cross into Russia where the train stops in Ulan Ude, an old town in Eastern Siberia. There is time to stroll around the town or take a guided tour.

Next stop is Lake Baikal, the oldest and deepest freshwater lake in the world, rich in biodiversity with more than 1000 plants and more than 1500 different animals existing in the area. Enjoy a cruise and a picnic on its shores. After that, stop in Irkutsk, an attractive city in Siberia with wide streets, ornate architecture and many museums. It has been described as “The Paris of Siberia”. Overnight in Irkutsk

Continue next to Novosibirsk, the third largest city and an important industrial centre after which stop at Ekaterinburg, the fourth largest city in Russia. The final en route stop is at Kazan, a University City and home to the Tartar population (a religion and culture which is a blend of Muslim and Christian faiths).

Complete your train journey at Moscow where you will stay for 1 night at a local hotel. Here the highlights include Red Square, the Kremlin which is an ancient fortress containing the seat of the Russian parliament and St. Basil’s Cathedral. Also travel on the Moscow subway where the station platforms are miniature art galleries and/or museums.

You will have undertaken an amazing journey and an exceptional experience!