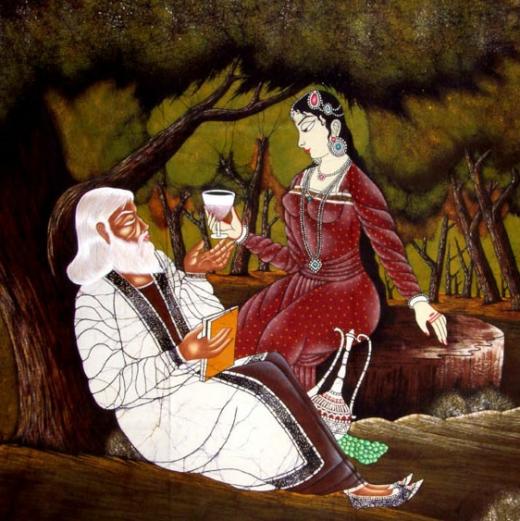 Omar Khayyam is known to everyone. Everything heard or read his poems. However, if he owns most of them, debatable. But we can say unequivocally that he was the greatest scientist of his time, and his glory is wider popularity of the poet for postcards. 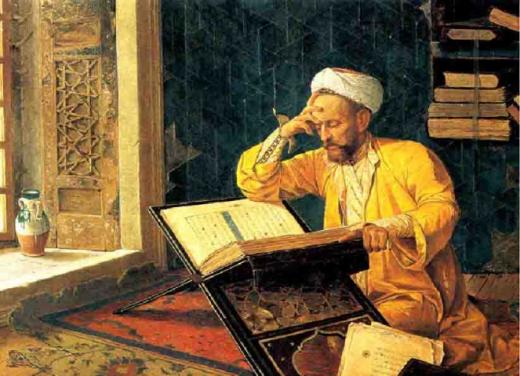 Omar Khayyam is one of the most published in Russia of foreign poets. With its rubais, aphorisms, or stories about him were faced virtually all. You could even say that he is one of the most quoted in our country poets, but this popularity has its downside. Omar Khayyam was subjected to serious vulgarization, it rubais ichatusa even without specifying who translated them. And access to them is still unknown, whether it is rubais. Researchers creativity of the poet say that Khayyam can be reliably attributed to no more than 66 quatrains, while by the beginning of the twentieth century, their number exceeded 5000. Rubais attributed to Khayyam, began to appear only in the second half of the XII century, more than fifty years after the author’s death. For several centuries all that conveniently be attributed to Khayyam, he and attributed because of the great demand for bold and sometimes daring quatrain no. Thus, with the Omar Khayyam happened, perhaps, the worst thing that can happen – he became a poet for postcards, and its poetic heritage is perceived as a hymn to subarist as justification vices. Meanwhile, Omar Khayyam – a person is much more significant scale.

And was there Khayyam?

Strangely enough, but even the researchers are still not completely sure that Khayyam, poet and Khayyam – scientist – it is one and the same person. In volume 42 of the famous dictionary of Brockhaus and Efron has an article “Omar al-Kayas” about the scientist, and the 73-m volume – article “Tellers or Omar Tellers” of the poet. This separation is due not only to the fact that to correlate these two Chayanov scientists seemed strange, but with the “difficulties of translation” – in the Persian writings of this poet called Omar Khayyam, and in the Arab – Omar al-Hayami. 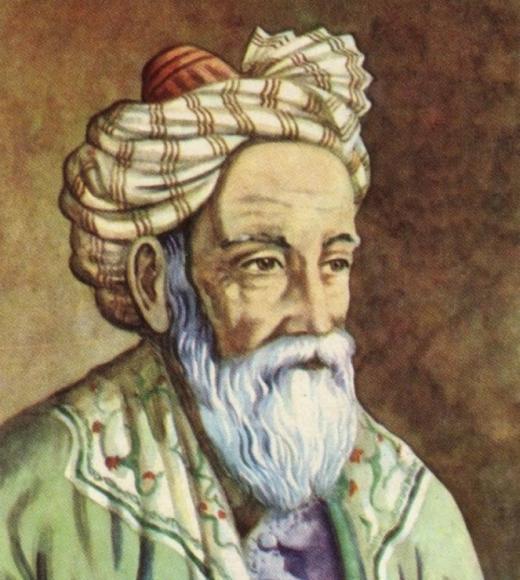 The full name of Omar Khayyam – GIAS ad-DIN Abu-l-Fath Omar Ibn Ibrahim Khayyam, who followed. The word “Khayyam” is translated as “tent master”, from the word “Heim” tent. Interestingly, from this word came the old Russian word “Khamovniki”, i.e. a textile worker. Ibn Ibrahim the son of Abraham. As can now be understood, the father of Khayyam’s name was Abraham, and he came from a family of artisans. Common in some romantic biographies of Khayyam version of almost peasant origin Hayama, thus, can be considered to be unproven. His father had enough money to give his son the best education. Confusion enters and claims that Khayyam was born in the village of Khorasan, near the city of Nishapur, which, in particular, leads Irina kraineva in the Preface to the edition of Omar Khayyam in the constellation poet”, published in 1997 in St. Petersburg. Khorasan is not a village, but a large famous ancient province in the northeast of Iran, South of the Kopetdag mountain range that once formed the core of the Parthian state, and Nishapur is one of the few large cities of this province with a population of several hundred thousand people.

Biographers and researchers Omar Khayyam note that to achieve what he has achieved, he was able not only with a good education and hard work, but also a phenomenal abilities. Already at the age of seven Omar went to madrasah, he quickly memorized the whole Quran, and the age of fifteen years began to prepare his first mathematical treatise. According to legend, Nizam-UD-Mulk once suggested Khayyam power over Nishapur and all adjoining provinces. The scientist, the poet refused, saying that he wanted all his mind to devote science for the benefit of people. 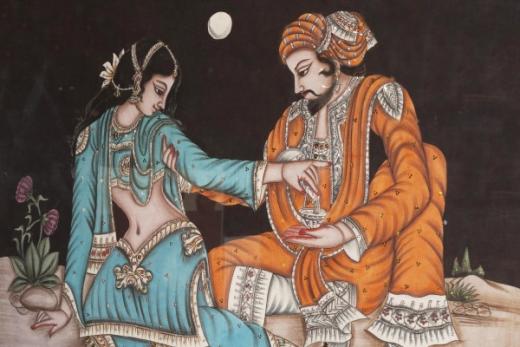 The contribution of Omar Khayyam in science it is difficult to overestimate. Today it is accepted to speak exclusively as a poet, however, Khayyam was one of the best mathematicians and astronomers of his time. He wrote many works on algebra, geometry and philosophy, participated in the building of the Palace of the Observatory. The greatest achievement of Omar Khayyam can be considered created the calendar. He got the name from Sultan ordered it “Melicharova chronology” and had its basis in thirty-three period, which included eight leap years, leap years were followed by seven times in four years and once in five years. Calculation allowed a temporary difference of the proposed year, compared with the tropical year, amounting to 365, 2422 days, be reduced to nineteen seconds. Thus, surprisingly, calendar, created by Khayyam, was seven seconds or more precisely the current Gregorian calendar (developed in the XVI century).

To the end of his life the reputation of Khayyam was subjected to the test of public opinion. About him began to speak as a freethinker and renegade. Then he, already in old age, went to his last Hajj, returning from which he continued to participate in scientific debates, taught at madrasah for a small group of students. Died Omar Khayyam, Legende reading the works of Avicenna. He quietly put the book back, asked to call the net to make a will”, got up and prayed. Al-Bayhaqi recalled: “When he had finished the last evening prayer, he bowed to the ground, and said, leaning SIC: “…Oh my God, you know that I knew you as my opportunities. Forgive me, my knowledge of you is my way to you”. And died.”