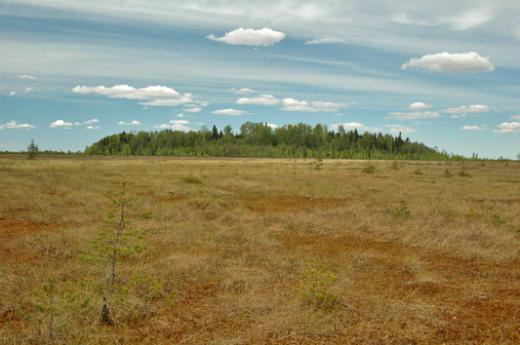 The Polistovsky nature reserve was established in 1994. It is located on the East of the Pskov region, on the lands of Bezhanitsy and Loknya district. The total area of the reserve is 38 000 hectares.

A conservation area is temperate-continental climate is dominant. The average temperature in the period from December to February is 5-7 With the sign “minus”. At the beginning of the winter period is formed stable snow cover up to 30 cm, which falls in late March. In the summer there is about 40% of annual precipitation in the form of short showers. The temperature ranges from +18 to +20C. Winter is dominated by the South-West and South winds, and in summer, South-West and West.

Channels of most of the rivers flowing through the territory of the Polistovsky reserve, are characterized by complex character. The greatest interest is the river Parousia, which originates from a Russian lake. Along its banks grow birch, pine, buckthorn brittle. Large lakes are located in groups. So, the Northern group consists of three lakes: Kokarevskoe, Mezhnitskoye and Russian – they are one. In General, they are low in calcium in the water and a high content of humic substances, wealth zoo – and the poverty of phytoplankton.

Flora and fauna of the Polistovsky reserve.

Flora of the Polistovsky reserve has 570 species of plants, 21 – mosses, 63 – lichens. Local fauna includes wetland algae adaileh, aerophilic and hygrophilous groups. In the reserve there are 20 species of plants that belong to rare: Siberian iris, meadow gladiolus, Orchid Baltic and others.