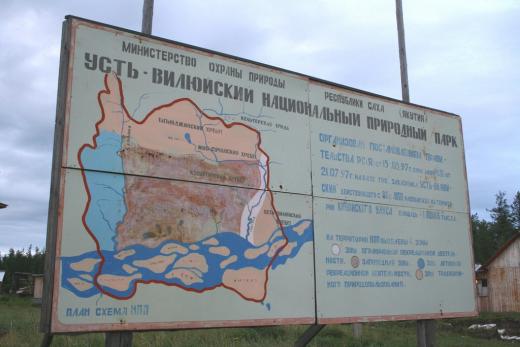 The natural park “Ust-Viluisky” was organized on May 15, 1997 № 196 by the Decree of the Government of the RS (Y). The nature park is a state nature conservation institution. It is located in Kobiai ulus.
Total area: 1 016 000 ha.

The nature of the park, due to the diversity of the landscape, is exceptionally picturesque, the animal and plant world is rich and diverse. The landscape of the park is divided into two main parts: the western part – the plain-flood plain, the eastern – the mountain, which constitutes the main part. These ridges are Taginjansky, Muosuchansky, Vygynsky, Buruolakhsky, Kuturginsky and Ust-Viluisky with altitudes from 998 to 2084 m. The ridges, stretched in the meridional direction in the form of separate folds, are loach tundra with smoothed slopes and peaks. 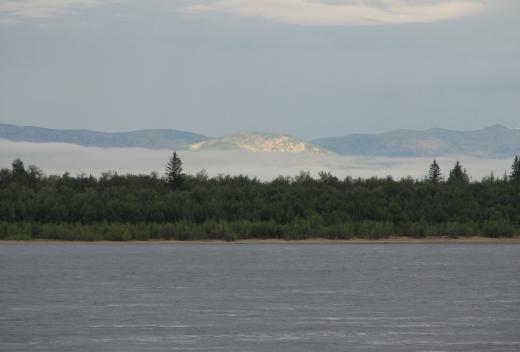 The main watercourses of the park are r. Lena and her right tributaries – Dyanyshka and Lyapiska. The Lena River within a park stretching for about 70 km flows in a north-western direction. The width of the valley varies from 25 to 50 km.
The Lyapiska River is the right tributary of the river. Lena. It originates on the Verkhoyansk Ridge, it crosses a number of smaller ridges. The origins of Ljapiska lie at an altitude of about 1700 m above sea level. In the basin of this river there are more than 40 ice sheets.

The river Dyanyshka is the right tributary of the river. Lena. The river flows within the largest mountain system of Eastern Siberia. During the summer, snow may fall in the mountains. Above – a zone of cold arctic deserts. Below – on the gravelly slopes, there appears a miserable tundra vegetation, which is replaced even further by thickets of cedar elfin, creeping birch, shrub alder and polar willow. In the river valleys, among the prevailing larch, spruce and poplar grow. In the rivers live whitefish, flax, taimen, pike. A noteworthy feature of the park is the presence of a multitude of enclosed reservoirs, rivers, ducts, islands, islands. Here, in the widening of the valley of the Lena River and the surrounding areas, there is a fairly diverse vegetation cover, which is indicative of favorable growth conditions. 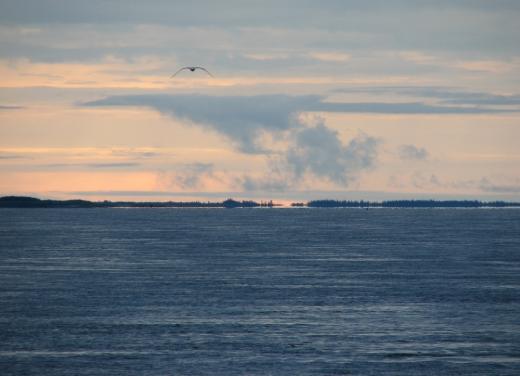 According to geobotanical zoning the territory of the park is located at the junction of two districts: Vilyuisky and Verkhoyansk. Vilyuisky district is part of the Central Yakut subprovince of the middle taiga subzone, and Verkhoyansk is in the North-Eastern subprovince of the north taiga subzone. Flora of vascular plants of the park is represented by 492 species. On its territory grow more than 20 rare plants listed in the Red Data Book of the Republic of Sakha (Yakutia): the Radde cryptogram, alpine puhonos, the lily of Pennsylvania, the smooth one, the water lily, the water lily tetrahedral, etc.

The park’s territory is of particular value as a wetland, as a place of concentration of waterfowl boreal complex on the nesting place and waterfowl tundra complex during migrations. The fauna of birds is represented by 164 species. Among the birds of the wetland complex on the spring migration are the tundra bean goose, white-fronted goose, pintail, Teal-whistle, wigeon, shoveler, tufted duck, horn-nosed scoter, ruff, silver, gray and black-headed gull, lake tern. Nests up to 39 species of birds.

Goals and objectives: Conservation of wetlands as places of concentration of waterfowl boreal complex on nesting grounds and waterfowl tundra complex during migrations. Protection of birds of the wetland complex on the spring migration. Creation of conditions for regulated tourism and organized recreation in natural conditions. 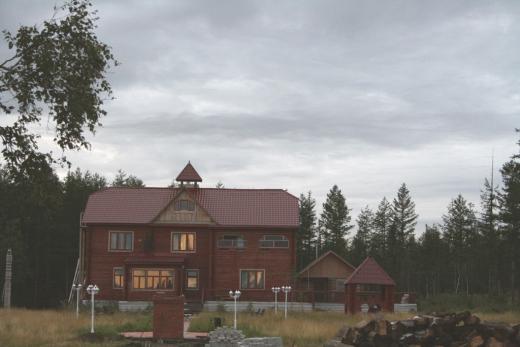