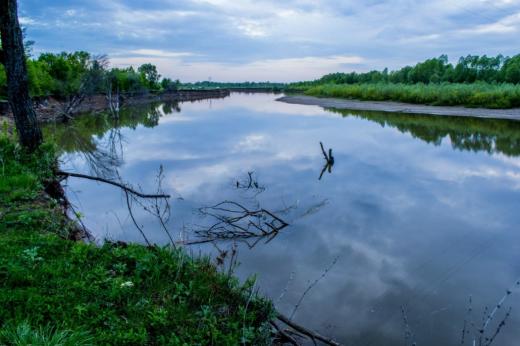 Small rivers have an important natural and economic importance, so their study is relevant. The purpose of the article is to study underground nutrition in the basin of the river. Mesh. The object of study is the pool itself, and the subject is the underground feeding of the rivers in this basin.

The history of knowledge of groundwater probably lasts for as many years as there is a conscious person. Almost from the beginning, the origin of ideas about their origin expressed a variety of views on the nature of water in the bowels. To date, there are the following theories: infiltration, condensation, juvenile, sedimentation and anthropogenic. Underground waters are classified according to a variety of characteristics, but four main groups can be distinguished: physical (temperature, organoleptic, pressure, phase state), chemical, genetic, hydrogeological or general geological (segregate formation and fissure-vein types of water, as well as waters of special forms departments of these types) [1,2,3].

The process of groundwater entering surface waterways and reservoirs is commonly called the general term underground feeding of rivers. To the category of “groundwater” by the form of water in the soil-soil is “the retaining free gravitational moisture of the aquifer”. The relationship between groundwater and surface water is characterized by two opposite processes: underground feeding of surface waterways and reservoirs and underground losses of river waters to subsurface water. Both these processes in river basins proceed in a complex combination over the catchment area and in time. Geological structure, lithological composition, climatic factors, soil cover, vegetation are all factors that influence the surface and underground component of river flow [8,9].

The article studies underground nutrition in the Mesha river basin, the right tributary of the Kama, located in the Kukmorsk, Sabinsky, Tyulyachin, Pestrechinsk, and Laishevsky municipal districts of the Republic of Tatarstan. The basis of the geological structure of the Meshi basin is the ancient rocks of the Kazan and Tatar stages of the Permian system and the Quaternary breed. The Meshi catchment area is a hilly plain, divided by valleys of numerous tributaries, gullies and ravines, sharply asymmetric in shape with a general slope of the surface to the south-west. The total drop in the catchment area is 82 m, the average gradient is 0.4 ‰, the average height is 140-160 m, the average width is almost 20-21 km. The Meshi basin is located in the temperate continental climate zone and is characterized by cold winters (average January temperature -13˚С) and warm summers (July average temperature + 19˚С). the predominant soils are forest (light gray, gray, dark gray and brown-gray soils of podzolic type) and sod-podzolic, and the vegetation of the basin is represented by dark coniferous-broad-leaved forests, agricultural lands in the place of deciduous forests and floodplain meadows. Mesha is a typically flat river with mixed food, the drainage of which is formed by an underground tributary, meltwater and rainfall, the river receives 46 tributaries. For the hydrological regime of Meshi, two periods are characteristic: intergalactic (late May – early June and early November) and high water (70-80% of annual runoff), continuous ice cover is set at the end of November.

The difficulty of studying the underground feeding of small rivers is due to the insufficient study of the water regime of small rivers and the large extent of small river systems located in a variety of physical and geographical conditions. In this regard, many ways of studying underground feeding of rivers have been proposed. Among the hydrologists, the hydrological method, consisting in the dismemberment of the hydrograph by types of feeding, will spread. The minimum flowrate is taken according to the steady [10] or minimum winter consumption [7] or the same flow of the dry year [5] and consider this value to be uniform throughout the year. However, as it turned out, the minimum flow on the hydrograph will not always reflect the true value of the underground supply of the river – the hydrological method gives a very approximate picture and is not suitable for judging the true value of underground power. The next method is hydrogeological, BI Biashev played an important role in his development. Kudelin, who proposed a method by which the value of underground power is determined by increasing the flow rate of the river in the area between two gauging stations [4]. But this method was also not perfect, since it is impossible to establish a unified nature of underground feeding, based on observations of a few wells due to the different ratio of river and groundwater and the variety of hydrogeological conditions. The most suitable method turned out to be the hydrometric method, which consists in determining the increment between water discharges, which are measured at unchanged horizons in two gauging stations, taking into account the flow of all tributaries and springs, hydraulically with the river unrelated, which are located between the two sections [6, 11] .

Hydrometric work in the Mesh River basin was carried out in order to clarify the distribution of the low-cost water discharge and their modules along the river basin network and the intensity of underground feeding. 36 expenditures were measured (6 on Meshe, 30 on inflows of different orders). To avoid various errors that arise during the measurement, graphs of the change in water flow along the river are constructed, which are the main document that allows obtaining the value of water discharge at any point in the basin (Fig. 1). The graphically averaged water discharge, taken from the graphs, becomes the basis for the change in the measured water flow along the river. 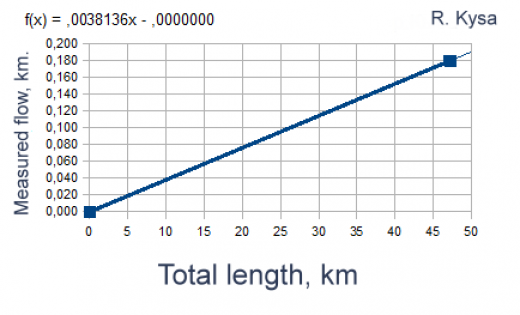 Fig.1. The graph of the change in water flow along the length of the river. Kysa

Table 1. Fragment of calculations of the module of an underground feed

Based on the calculations, a map of the intensity of the underground supply is drawn up, showing an extremely uneven distribution of its numerical values. But each value can be explained with the help of an analysis of the geological-tectonic structure of the territory and the hydro-geological conditions of river feeding (Fig. 2). 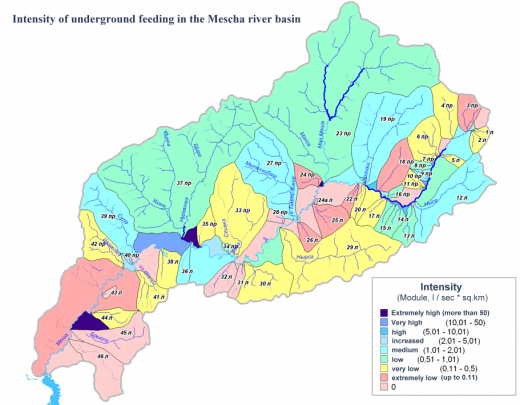 Fig. 2. Intensity of underground food in the basin of the river. Mesh

If the river cuts a positive structure in the aquifer supply area, but does not open them, the river runoff is expended on groundwater feeding. If this occurs in the unloading area, then when the aquifers are opened, an abnormally high underground supply is observed. To the interstructural saddles, for example, are sites with increased underground feeding, since there is an inflow of groundwater from a vast underground catchment area or the flow of pressure water through a fractured zone of depression.

A significant role belongs also to tectonics and lithological composition of rocks – a slight drop in the roof of the Lower Kazan deposits from the north to the south ensures a uniform supply of groundwater to the tributaries, however, separate uplifts and depressions create a local redistribution of the ground flow. In the upper course of the areas where the channel is confined to a tectonic trough, Mesha receives ground nutrition at a rate of 1.5 l ∙ sec / km2.

On the meridional current section, on the right slope, the river flows along the local tectonic slope, the slope of the stratigraphic horizons of which is directed from it – this is what facilitates the drainage of groundwater from the channel and, accordingly, the reduction of the underground power modules to zero. In addition, the p. Nyrsa, passing through the zone of discharge of groundwater into the channel of Meshi. But in the basin of the rivers Nurminka and Tymty-Bash, the water content increases to 3 liters / sec / km2 – the extensive uplift in their interfluves causes a deviation from the total ground flow. (2 l • sec / km2) It should be noted that for the upper stream of the river. Nurminka and its right tributary r. Kobyakovka is also characterized by a fairly high groundwater supply (2 l ∙ sec / km2), which is associated with the confinement of this part of the river network to tectonic depressions.

The value of the water content of the river network is affected by the frequent discrepancy between the surface and underground watersheds. For example, the runoff of the eastern and western Ushni rivers located in the redistribution of the Kurkachinsky uplift is formed by numerous sources of pressure water associated with the aquifers of the Lower Kazan deposits and is characterized by the magnitude of the underground feeding modules up to 2-3 l ∙ sec / km2.

In the lower reaches of Mesha, where sandy-argillaceous deposits are developed, cultivated by agricultural production, the infiltration properties of soils and, as a consequence, the loss of thawed runoff to groundwater feeds increase. In spite of the fact that underground power modules do not exceed 2 l ∙ sec / km2 here, their value can decrease drastically in the time-consuming periods.

Thus, it can be said that the value of underground food is a complex indicator, changing its value depending on many factors, the most significant of which are tectonics and lithological composition of rocks, relief, and the discrepancy between the surface and underground watersheds.