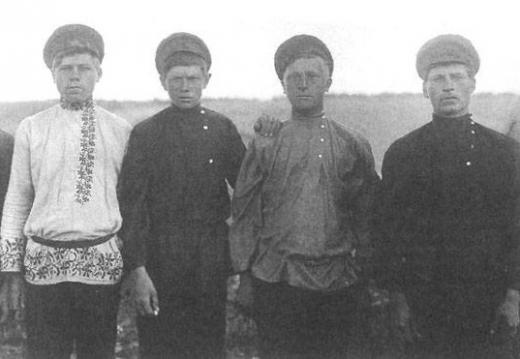 You probably noticed that many English names are very similar to the Russian ones. Did this happen by chance, or is it all about cultural borrowing?

Where did the similar Russian and European names come from?

The fact is that many names of European origin have a single cultural source. Slavic names that existed in Russia before the adoption of Christianity, such as Svetlana, Belyana, Vyacheslav, Yaroslav, Vladislav, Radomir, virtually no similar Western analogues. With the advent of Christianity, Russians began to baptize the saints, giving names in honor of saints, mostly of Greek and Byzantine origin.

English names instead of Russian.

However, names are often adapted to the peculiarities of national culture and language. Let us recall the Russian classics of the XIX century. Then in circles of higher society English and French versions of Russian names became popular. In Pushkin’s “Eugene Onegin” mentioned that the mother of Tatiana and Olga “called Polynomial Praskovya”. Tolstoy in “Anna Karenina” appears Steve (Stepan) and Dolly (Daria) Oblonsky and kitty (Catherine) Shcherbatskaya, and in “War and peace” – Pierre (Peter) Bezukhov and Helen (Elena) Kuragina.

Some Russian names are derived from the” pan-European”, others simply have English counterparts with a similar sound. This is often used by Russians when moving abroad. So, Michail becomes Michael, Nikolay-Nicholas, Artem-Arthur, Margarita-Margaret, Daria-Dora.

One and the same, but in different versions.

There are names that have different versions in Russian and English, although they have a common origin. So, Alexander or Alexei in English will be called Alex. Maxim in full English version – Maximilian. Daniil – Daniel, abbreviated to Dan. Denis is Dennis. Ivan is the same as John, in the recent past the most common name in Russia and in England. By the way, Jack is short for John. There is an analogue to the Russian name Timofey – Timothy, abbreviated Tim. Matvey – Matthew or Matt. Andrey – Andrew or Andy. Evgeny is Eugene. Semyon – Simon. Fedor – Theodore. Pavel – Paul. Grigory – George. Anton – Anthony.

As you can see, very often Russian and English names have a difference only in pronunciation, and in fact it is one and the same.

There is also a whole layer of so-called “international” names, which almost equally sound in both Russian and English. These are names like Dmitry, Cyril, Roman, Mark, Victor, Philip, Victoria, Cyrus, Veronica. People with such names do not even need to change their name when moving to another country, adapting to a different culture.