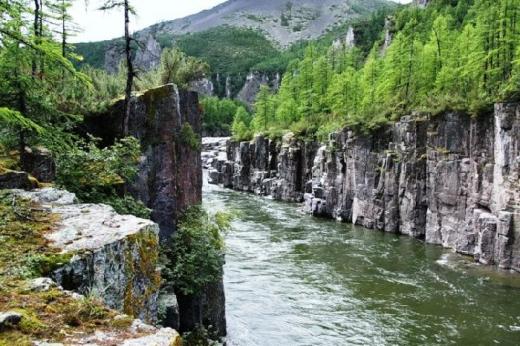 State natural Dzhugdzhursky reserve is located in the Khabarovsk territory, Ayano-Maysky district, on the coast of the sea of Okhotsk. The reserve was established in 1990, 10 September. Its total area is 859 956 ha.

Within the conservation area there are two climatic regions. Thus the boundary between them is the range Dzhugdzhur. According to the natural features of the Western part similar to the regions of Eastern Siberia, the climate of which is severe and is characterized by a small number of sediment and sudden temperature changes. In the Eastern part of the observed marine monsoon climate. He is a strong winds, heavy rainfall and fog.

The structure Dzhugdzhursky Nature Reserve includes the central part of the ridge Dzhugdzhur and Southern Coastal Range. The hydrographic network of the reserve is extremely complex and diverse. Due to the mountainous terrain local rivers acquire the character of mountain streams with rocky riverbeds, rapid drop of water, significant fluctuations of the water level and a plurality of rifts.

The coastal part of the river due to the proximity to the coast of the dividing range, small in extent. River Lantar and Aldoma passable for motor boats in its lower reaches. Lakes can be divided into two groups: Valley (located in floodplains in the first and second terraces) and mountain (located in a small valley).

Flora and fauna of the reserve Dzhugdzhursky.

Flora of Dzhugdzhursky reserve presents 753 species of plants, of which 33 species included in the Red book of the Khabarovsk Krai and 6 species in the Red data book of the Russian Federation. The general nature of the native vegetation was influenced by harsh climatic conditions of the western part of the Okhotsk Sea (north-westerly winds in winter, high humidity, low temperatures). 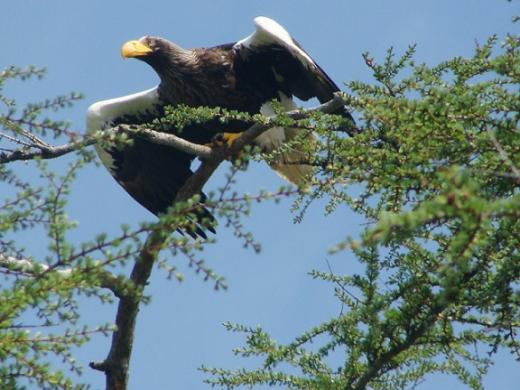 Along the shores of the Sea of Okhotsk is possible to see a variety of pinnipeds: ringed seal, spotted seals, piebald seal, bearded seal. The rivers that flow into the Sea of Okhotsk in the spawning period occur coho, pink salmon, chum. Continuing in the local waters usual grayling and Kunzhi.