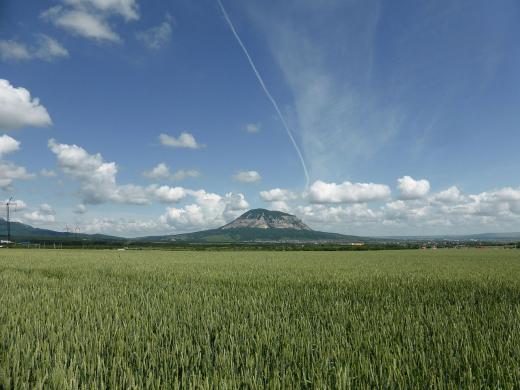 Mount Zmeyka is considered one of the beautiful landscape monuments of nature in Russia. It is located in the North Caucasus, in the historical region of Pyatigorye. In 5 km from the mountain there is a special ecological resort region of the Russian Federation – Caucasian Mineral Waters.

This region is quite visited. It is worth noting that many tourists like the picturesque landscapes and stunning surroundings that open from this mountain. Some people come here from year to year to update their emotions and impressions received in the area. Before you go here, you need to find out more about this area and about the mountain itself. This article will help in this.

The origin of the town of Zmeyki is magmatic. This is the second largest mountain of this type in the region. The total area is about 194 hectares. The height of the Snake Mountain is 994 m. Its entire surface is covered with dense forest vegetation. In its outline, the Snake has an oval shape without a pronounced peak, slightly inclined to the northeast. At the top of the mountain is a clear rocky ledge, composed of a subvolcanic intrusion. The apical part is destroyed, this leads to frequent stone collapse on this site.

At the southern foot of the Zmeyka mountain there are springs of underground water, which strike with their useful mineral composition. The deposit is named after the mountain – Zmeykinsky. Carbonic-calcium-sodium water is extracted at a depth of almost 1,500 m. At the outlet, the water is hot, the temperature can reach 70 ° C.

Mount Zmeika from the north and east side is heavily collapsed. Violation of the slopes was due to the fact that in the 30-70’s. The last century there was a quarry for the extraction of building materials. After it was closed, there are constant landslides on these sides. Currently, the pit depth is 200 m, and the width is about 2 km. Basically, they mined a stone here, but in the mid-80s. there were discovered Beshtaunites – rare breeds of minerals, which are very important in the scientific sphere. Now their extraction is not conducted.

Mount Snake, a photo of which is in the article, in places where it is covered with forest, is a part of the massif of Beshtagorje. This cover serves as a special protection for the mineral waters of the Caucasus. The main generatrices of the tree are oak and hornbeam. The first is most often found in the lower zone of the mountain, the second – at the top. In addition to these trees there are also ash, beech, etc. In total – about 60 species. The forests grow on piedmont chernozem and gray-brown soils of different acidity. The Beshtaugorsky forest is a part of the state nature reserve. On its territory you can meet representatives of the flora, which are listed in the Red Book (spindle dwarf, lily one-brass, Caucasian ash, Neifedov’s cousin, etc.).

Hydronym Mount Zmeyka received a long time, but he entrenched it only a few years ago. For a long time it had a Turkic name – Zhlak Tau, which in translation means “snake mountain”. There are two versions explaining the origin of such a beautiful name. According to one of them, earlier this place was a favorite for all kinds of snakes, there were a lot of them. On the other – on one of the slopes of the mountain, sinuous cracks along the outline resembled a snake during the movement. However, these crevices can not be seen now, since most of the surface has been significantly affected by anthropogenic interference. 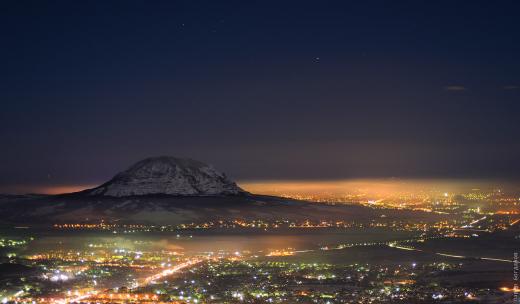 Thanks to archaeological excavations it was found out that in the period from VII to IX c. n. e. (Khazar period) people lived on the eastern slope of the mountain. This is indicated by findings in the form of fragments of earthenware in large quantities. Also higher from the site of the excavation you can find a mound of stones, in its form resembling an ancient altar.

Currently, the Snake Mountain is a special tourist attraction, which annually attracts a large number of tourists at its foot. People who come to this area can view many interesting sites. In addition to the water deposits (the Holy Spring, the source of St. Theodosius), there is a stone processing plant in the territory, a closed tunnel, where Beshtaunites, quarries, a monument to the quarry workers who died during the war, a dam were mined. Also on the rise you can see bizarre stones. The Snake Mountain, the history of which is described above, has them in sufficient numbers. Some of them even have their own name. For example: a stone-finger, a stone with a hole, a stone-cross, etc. 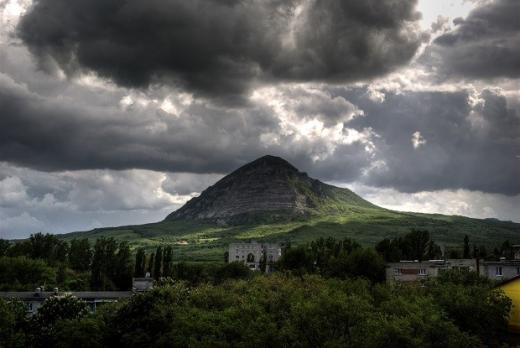