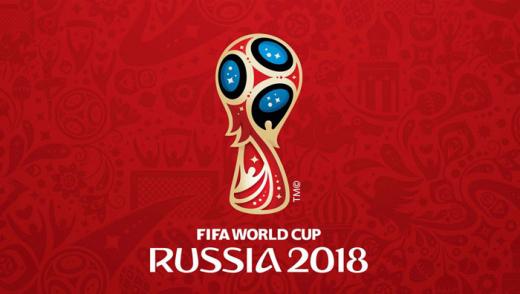 Football – the most popular and massive game sport in the world, the interest of fans to which sometimes simply staggering. According to statistics, almost 3 billion inhabitants of the planet are involved in football to some extent, and the mundial (from the Copa Mundial de Fútbol – World Cup) has long been a major sporting event of the fourth century. The world championship of the year for the first time in history is entrusted to Russia. About which cities will host the World Cup 2018 and how ready are the stadiums, read on.

Initially, the list of cities that will host the matches of the football tournament, presumed 13 host cities. Subsequently, their number decreased to 11 – Krasnodar and Yaroslavl were excluded from the list of cities hosting the 2018 FIFA World Cup.

In the final version of the right to host the World Cup received the following cities in Russia:

The issue of preparing stadiums for the World Cup was difficult and financially expensive, since most of the Russian arenas by the beginning of the XXI century were morally outdated and did not meet the requirements of FIFA.

In the end, it was decided to build nine new stadiums in Russia and reconstruct three old ones. It is worth noting that All these stadiums after the completion of the work will fully meet all the necessary criteria. Here they are:

The process of reconstruction of stadiums for the World Cup and the progress of construction causes increased interest from experts and ordinary fans. Therefore, we bring to your attention a brief overview of the readiness of each city and stadium, where the World Cup will be held in 2018. 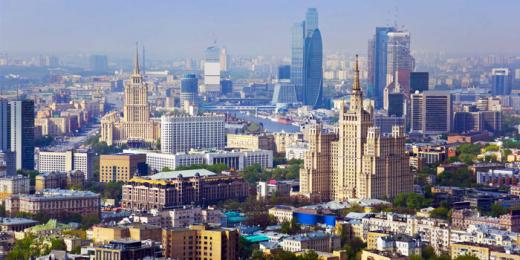 The capital of Russia received the unofficial status of the main city of the World Cup. The championship of the city on this issue among other Russian cities is beyond doubt.

Moscow is a city where on June 14, 2018, the ceremony and match of the opening of the World Cup in 2018 with the participation of the Russian national team will be held. There will also be a semifinal and final.

A total of 12 championship games will be held in two sports arenas of Moscow – in the reconstructed Luzhniki stadium and built by Spartak (better known to the general public as the Opening Arena).

On the stadiums of the city will be held matches teams of all groups of the preliminary stage of the tournament, in connection with which, Moscow expects a large influx of fans from across the world.

Stadium “Spartak” is ready in full – since 2014 here holds its home matches the same club.

Reconstruction of Luzhniki is completed. After the reconstruction, the stadium “Luzhniki” became one of the best in the world.

Stadiums are really made for fans.

In Moscow there will be 12 matches of the Championship, more than in other cities.
Date, time Stadium Match

In the historical place, at the foot of Mamayev Kurgan, a stadium for 45 thousand spectators was built.

Construction of the stadium has already been completed. April 21 was the first match here.

In Volgograd will be held only group matches World Cup 2018: 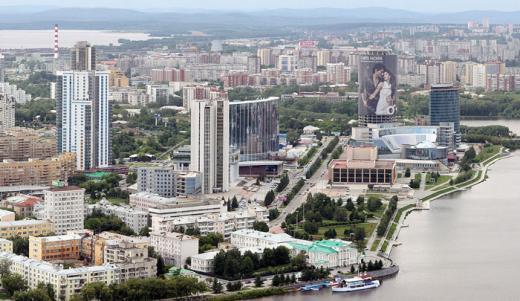 After the announcement of Ekaterinburg, as the city of the matches of the World Cup on football, the most heated disputes broke out. The fact is that, according to many experts, the construction of a new stadium in the capital of the Urals would have cost the authorities cheaper than the restructuring of the old stadium “Central”. However, the decision was made yet in favor of reconstruction.

Now the stadium is put into operation. April 15, the opening ceremony was held, games are already being held.

In Yekaterinburg will be held only four matches of the group stage of World Cup 2018.

City championship in terms of delivery of the object belongs to the capital of Tatarstan. Kazan, where 6 matches will take place at the World Cup before others, in 2013, put into operation a football stadium for 45 thousand spectators.

The readiness of the arena for the competitions is certain, which was once again confirmed during the four matches of the Confederations Cup of 2017, held at the highest level of the organization. 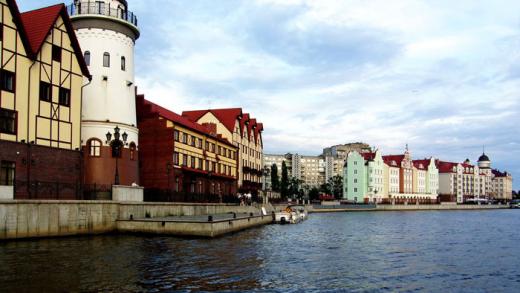 The stadium is built by analogy with the famous Munich “Alliance Arena”. The capacity was reduced from initially planned 45 thousand to 35 thousand spectators. Construction was accompanied by a number of scandals related to the work of contractors.

The stadium is being built on the October Island, which had not been used for construction for a long time. The stadium is fully built, the first match was held on April 12, 2018.

The following matches of the group stage will be held in Kaliningrad: 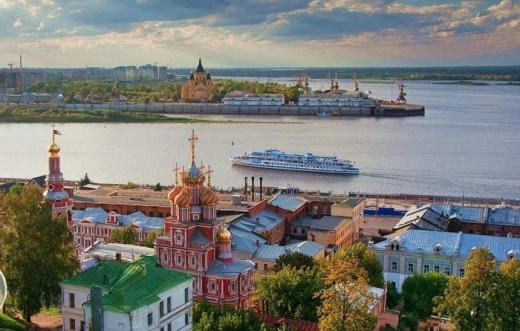 In a picturesque place, near the confluence of the Oka River in the Volga, the construction of a stadium for 45 thousand in Nizhny Novgorod is being completed. Previously, this place was a wasteland. In parallel with the construction of the stadium, the necessary infrastructure is being prepared.

Construction work is in the final stages. The opening of the stadium and the first match took place on April 15, 2018. 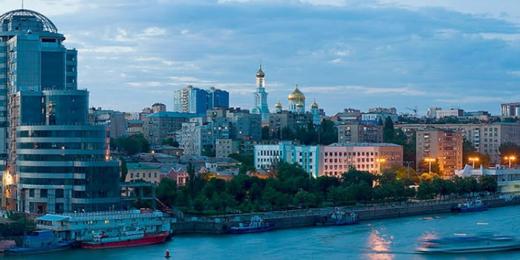 By the 2018 World Cup in Rostov, a state-of-the-art stadium with 25,000 seats is being built. The stadium is located on the left bank of the Don near the rowing channel.

The stadium’s readiness for today is 100%. April 15 was the first match. The official opening will take place on May 13.

But the construction of the stadium in Samara for the World Cup does not fit into the originally scheduled time – December 2017. Terms of commissioning the arena have already been postponed to 2018.

The constructed Samara stadium for World Cup 2018 is located in the highest point of Samara – near the village of Radio Center. Outwardly it looks like a spaceship and is designed for 45 thousand seats.

“Samara Arena” became the most recent stadium prepared for the tournament. Permission for commissioning was received on April 27, and the first test match was held the next day, April 28.

Especially for the championship of the world in 2018 in the cultural capital of Russia on the site of the old stadium named after SM. Kirov built a state-of-the-art sports complex for 68 thousand spectators. Now their matches are held by the football club Zenit. The arena is ready completely.

In total, 7 matches of the football championship of 2018 will take place in St. Petersburg, including the match of the Russian national team at the group stage – June 19.

For the 3 rd place 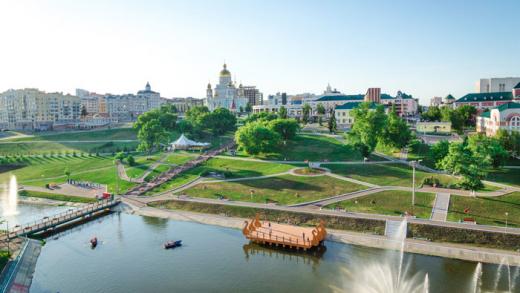 When announcing which cities will host the 2018 FIFA World Cup matches in Russia, for many it was a great surprise that this right was granted to Saransk.

Indeed, the capital of Mordovia with a population of just over 300 thousand people was not originally a favorite in the fight for hosting mundialya matches. Nevertheless, unlike many Russian megacities, Saransk managed to get the status of the participant city of the World Cup 2018 in football.

In Saransk will be only four games of the group stage of World Cup 2018.

Sochi has long acquired the status of a city where there is everything to hold the largest international competitions.

The construction of the “Fisht” arena was initially carried out not to the World Cup 2018, but to the XXII Winter Olympic Games. This arena, with a capacity of 44 thousand spectators is known throughout the world – it was here that the most spectacular, in the opinion of many, the opening ceremony of the Winter Olympics took place.

After the Olympiad “Fisht” was reconstructed and reopened on March 10, 2017. In June 2017, the stadium hosted the Cup of the Confederation and once again confirmed its readiness to host the highest level of competition.

In the end, we can say with confidence that all the cities and stadiums are fully prepared for the World Cup.