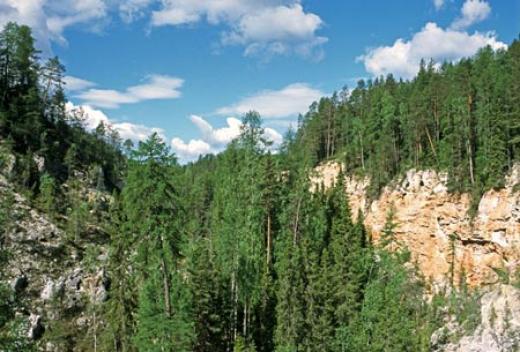 State Reserve “Pinezhsky» ─ is a specially protected natural area in the Arkhangelsk region of federal significance. Pinezhsky Reserve was founded in 1974 with the aim of maintaining and preserving the taiga ecosystem, the study of rare karst formations, unique plants and animals. The total area of ​​the reserve ─ 51,5 thousand. Hectares. 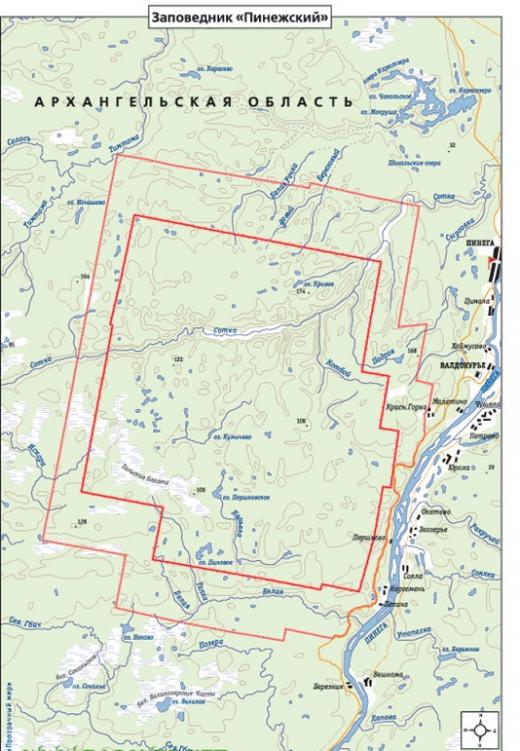 The climate of the Nature Reserve is characterized by its membership in the Atlantic-Arctic climatic region of the temperate zone. Winters are cold and summers are not hot. The average temperature of the year is -0,2 ° C. The frost-free period may last for 85-95 days. Average snow depth reaches 45 cm.

Most of the territory is covered by forests Pinezhsky reserve. The most common spruce, pine and larch. Cutting down overgrown with birch. Especially popular among researchers Reserve enjoys Ships larch grove, located near the river Weaving. Age of the grove reaches 200-300 years.

The flora of the reserve is 40 species of edible mushrooms, 505 ─ vascular plants, 133 ─ lichens, 245 ─ bryophytes. Among vascular plants, the most widespread forest species, as well as Arctic, Arctic-Alpine and hypoesthesia species. The share of relict and endemic plants, accounting for 27 % of the flora of the reserve. A large part of the relics are calciphile. These include dryads (vassilopita and point), willow net Zyryanka Alpine, Alpine bearberry, etc. And such plants as violet amazing and hen Haller, are relics of the period of warming. Average Pinezhye ─ the richest on the relics of the territory of the European North. There are also plants listed in the Red Book of Russia: orchids (nadborodnik leafless, this lady’s slipper, Dactylorhiza Traunshteynera); 2 species of lichens (brioriya Fremont and Lobar pulmonary); 3 species of fungi (rogatik a stamp, osinovik white, blackberries staghorn). 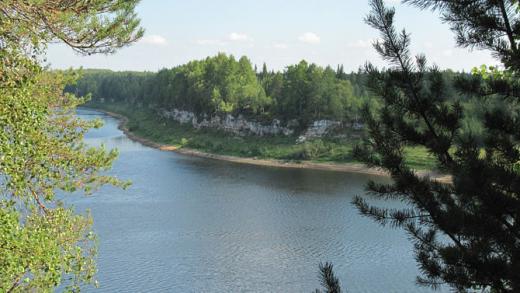