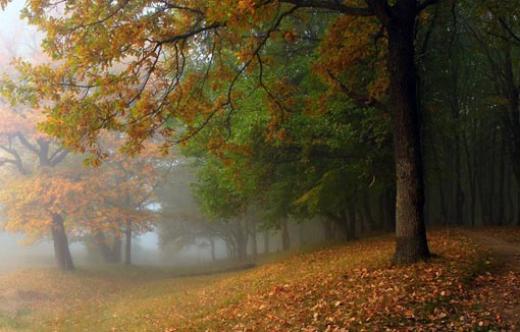 State nature reserve with the lyrical name of “Belogorie” was created in 1999 and consists of five separate parcels, so-called clusters that are located in Borisov, Gubkinsky and Novy Oskol district of the Belgorod region.The total area of the protected area is 2131 hectares. Created on the basis of the reserve “forest on the Vorskla”, which existed from 1922 until 1951, when it was turned into a training and experimental forestry. In 1979 “forest on the Vorskla” again received the status of reserve, and in 1995, its membership was transferred plot “Otraslevye Yary”. In 1999 to it was annexed a few areas.

In the reserve “Belogorye” includes 5 sites located in three districts of the Belgorod region:

“forest on the Vorskla”

Forest on the river Vorskla is one of the oldest of specially protected natural territories of Russia. The preservation of the centuries old highland oak forests of the Vorskla river began in 1640 with the establishment of Hotmassage plot Belgorod defensive features ( defensive line ) to protect the southern borders of the state from the Tatar and Nogai raids. (The impenetrable forest has created additional obstacles for the enemy).

The plot of “forest on the Vorskla” is a hill of oaks, located on the right Bank of the river Vorskla. On three sides it is bounded by rivers: to the South and East – Vorskla from the West – Gotnya (a tributary of the Vorskla) with the influx of Loknya. On the territory of the Central Chernozem region it is the only extant Staromonetny oak forest. Some of the oak trees reach the age of 300-350 years. Of the dominant tree species are pedunculate oak, common ash, Norway maple, small-leaved lime, aspen, wild Apple and pear.

In the forest is found up to a hundred species of birds, including black kite, booted eagle, grey owl, and others. Of animals, numerous wild boar and ROE. Predators can meet a Fox, a raccoon dog, Fox, badger, weasel, stone marten. Normal yavleniem is considered hare. There are many rodents.

Almost the entire section the only source of water supply serve as precipitation, since the water table at a depth of 25-30 meters.

On-site, which is directly adjacent to the valley of the river Vorskla, dominated by the different steepness of slopes, gullies, locals call them “Yary”. The longest and deepest of them – Vervaco Yar. 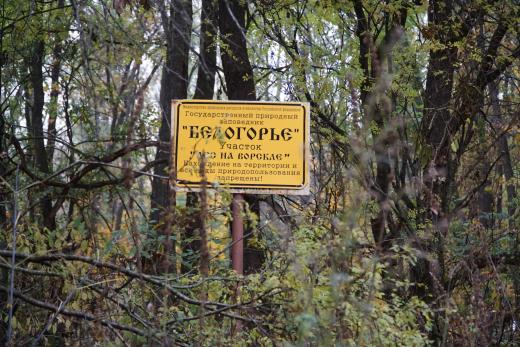 Ostroslovy ravines are a network of ravines and gorges, with a length of about three km. and a width of 200-800 meters included in the system of ravines of the river basin of the Dormitory. The absolute height of 200-250 meters above sea level. The slopes of the beams have a slope of 45 degrees. The site belongs to the Dnieper basin. There at the bottom of the beam is small ( 6 ha) of the swamp formed as a result of runoff of precipitation. Here takije shallow ground water table

Fauna typical of the landscape of the steppe zone. Despite the small size of the site there are 362 species of plants: feather hair stone, fescue, agalawatta bahatostebelni, meadow and the humble sages, positively and rod Astragalus, sanguisorba officinalis, flax Ukrainian, etc. Also observed and 35 species of plants, quite rare for the forest-steppe zone. 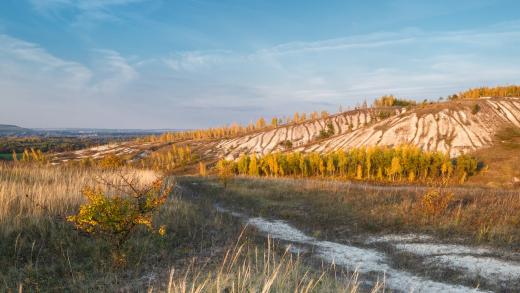 The plot of “Wall-Izhora” located on the left Bank of the Oskol river, some 9 kilometres South-West of Novy Oskol. Transferred this site to the nature reserve “Belogorie” in 1999 from the state Central-Chernozem biosphere reserve named after Professor V. V. Alekhin. The total area of 267 hectares. land belongs to the don basin and is in close proximity to the Oskol river, occupying the river slopes and riparian area. The slope of the indented beams between them – mimoletnye narrow ridges, covered with eroded carbonate soils. The absolute level 100-193 meters above sea level. The main property of the plot of “Wall-Izhora” is a relict Cretaceous pine, the average age of Mature trees is about 200 years.

The plot of “Yamskaya steppe” is located on the watershed of the rivers Oskol and Seversky Donets, in 12 km South-West from the town of Gubkin. He transferred to the reserve “Belogorie” from the Central-Chernozem state natural biosphere reserve named after Professor V. V. Alekhine. Area of 556 hectares. 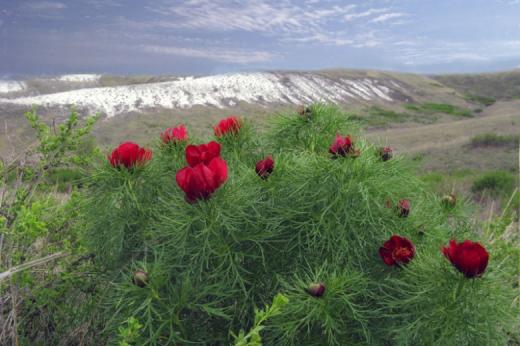 The main asset – the soil: yamskiye black earth have no equal in Europe for the supply of nutrients, the thickness of the humus layer reaches 1 meter or more. Natural landscapes are so typical for the steppes that serve as a benchmark and are of great scientific interest. It is the only such “typical” steppe. And these are not empty words. Yamskaya steppe is the epitome of steppe ecosystems of Eurasia (marked by the diploma of the Council of Europe), the world’s only major upland massif typical zonal virgin feather-grass meadow steppes on typical Chernozem powerful, sample meadow steppe transitional from the southern variant of the Northern to the more southern forb feather grass steppes.

The plot of “Bald mountain” is located in the upper reaches of one of the right tributaries of the Oskol river, 3 kilometers South-West of the city of Gubkin. Land reserve “Belogorie” in 1999, the state Central-Chernozem biosphere reserve of them. Professor V. V. Alekhine. The total area of 170 hectares.

The plot is particularly interesting because it continues an active process of morphogenesis. Bald Mountain is washed by waters of the last glaciation in the area of Cretaceous outcrops with a predominance of slope type of terrain. Outliers-mane extended in the direction from North-East to North-West and from West to East to the valley of the Unnamed stream in the bottom of the beam. 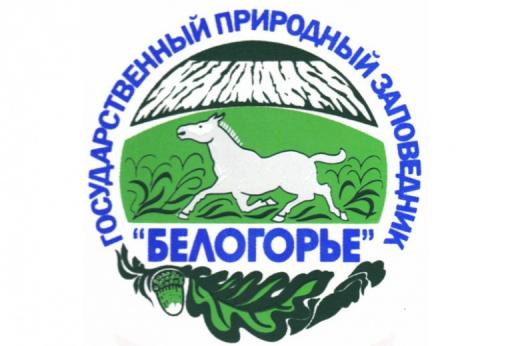