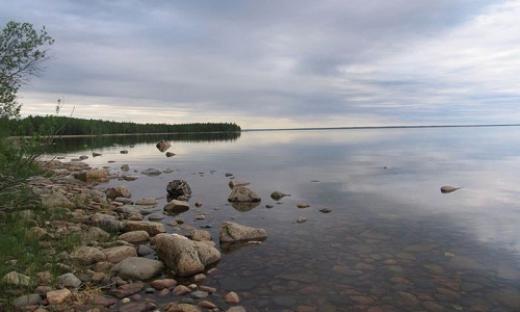 Climate Zaonezhye is very different from the weather regimes in the neighbouring areas of Karelia. The climate Zaonezhye Peninsula and the Northern districts of lake Onega developed due to the unique geographical situation of this area and aggregate properties of the territory. On long-term weather regime affects the relief of the region, its swamps, forest cover, the number and area of water reservoirs, as well as the circulation of air masses over its territory. Zaonezhye is located between 62 and 63 degrees of North latitude. These data help to determine the amount of solar heat that gets this area during the year. Distributed it extremely unevenly, so that the spring-summer period, accounting for about 65% of the sun’s heat, and the remaining 35% are distributed in autumn and winter. Duration of light day in winter is about 5-7 hours, the sun doesn’t rise high above the horizon, and 85% of sunlight reflects a snowy ground. Over the territory of Zaonezhye often held cyclones, which contribute to maintaining a high degree of cloudiness. In summer, weather conditions vary considerably. Compared with the autumn-winter period of cloudiness is significantly reduced, the sun rises high above the horizon, and the duration of day length is 19 hours.

The distribution of solar radiation on the territory of Karelia plays a crucial role in the process of formation of the temperature regime of the area. The average temperature here is positive, however, the distinction between summer and winter annual temperatures still exists. Warming in Zaonezhye comes in mid April. In this period pointers thermometers pass the mark of 0 degrees. For the sake of justice it is worth mentioning that in autumn the temperature is also cross the zero line», but this time in a downward direction. It happens most often in the end of November. 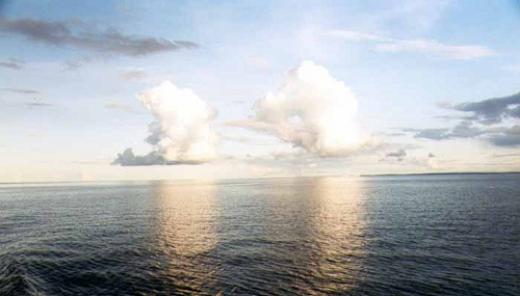 Speaking about the climate of Zaonezhye not to mention the Onega lake and the role it plays in the process of creating local weather. The lake area is more 9.720 km2, and in a hollow reservoir contained whole 250 km3 of water, which differs in minimum mineralization. In the summer of shallow water warms up to 20 C, but at a depth of several tens of meters of water temperature does not rise above 5 C. In the process of warming of the lake absorbs enormous amounts of heat, which leads to a decrease in air temperature at the coast. Since mid-summer lake Onega gradually cooled. This process continues until the end of autumn, and only January frosts stifle the surface of the lake ice. Huge masses of water make winter in the area Zaonezhye Peninsula softer and act as a kind of «heating pad» from August to March.

The air temperature in Karelia also affects the formation and transfer of air masses. As a result of the atmospheric circulation in the Republic of arrives cold air from the North Atlantic. In summer it brings low cloudiness, precipitation and relatively cool weather and the winter temperature thanks to him can rise above 0 C. Very rarely come to Karelia air masses from the Mediterranean latitudes. The last such «parish» was recorded in 1972, when the summer in Northern Europe air temperature does not fall below 30 C. In Zaonezhye, receives around 650 mm of rainfall per year. Their number can vary considerably from year to year, but a large part of them falls in summer. Compared to other districts of the Republic in Zaonezhye the climate is warm and mild.