The land of ancient watchtowers and incredible untouched nature — all this picturesque Argun gorge. It is here today erected a state of the art ski resort Veduchi and here is the visiting card of Chechnya – the famous Ushkaloy Twin Towers. Having stretched almost 120 km from Khevsurety to the Black Mountains, the gorge stores over 600 monuments of history, culture, archeology, architecture and nature.

Located in the heart of Chechnya, this gorge has been known since ancient times as a path through which caravans from Chechnya to Khevsurety (Georgia) passed. Already in the 16th and 17th centuries, this road was marked by Russian and Georgian embassies, marveling at the fairy tale and wild beauty of the Argun gorge, marveling at the harsh, old way of life of its inhabitants. And its impassable jungle, narrow paths and steep walls since the time of Tamerlane brought this place the glory of the impregnable. Repeatedly, the hordes of nomads tried to invade here, and were repeatedly torn away. And not least thanks to the legendary watchtowers that they began to build in the Middle Ages at the crossroads of the most important roads.

A.P. Berger wrote that in the middle of the 19th century the Argun gorge was called the “gorge of the towers” – they stood right up to the border with Georgia on every branch and stream. And today, in the ruined state, the towers rise above the road, like wise spies, looking after the order in Allah’s entrusted land.

It is not surprising that almost the entire territory of the gorge is part of the Argun Museum-Reserve, which not only protects the towers of the 10th-18th centuries, but also unique living creatures that serenely jumps, crawls and flies at its borders. Add to this all kinds of cave grottos, unique sites and tombs, earth burial grounds, ancestral crypts and castle complexes, and it becomes clear that there will not be enough weeks to study this place.

The main excursion points of the trip along the Argun gorge are the vaulted dwellings of the 10th-15th centuries: the Khoysky, Khimoisky, Pakochi, Maistin and Tsekaloi. Ushkaloyskie towers of 10-12 centuries, located in the narrowest place of the gorge (one of them was almost destroyed to the base in 1944, but today it is restored). And also the 17-meter tower Guchan-kale, erected on the right bank of the Argun River. Tapering to the top, it attracts attention with preserved eye sockets of loopholes and machine-guns, as well as petroglyphs that are carved on its walls. If you believe the legends, one of the commanders of Tamerlane called it “winged” – for inaccessibility and remoteness. 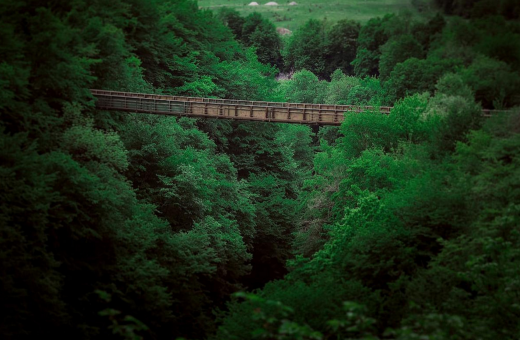 In order to fully explore all the beauties of the legendary Argun gorge, it is better to acquire a personal car and an experienced guide. From the city center, it is necessary to travel along Kadyrov Avenue, which then flows into the regional route P305. Following the villages of Gikalovsky, Starye Atagi, Pionerskoye and Yarysh-Mardy will have about 45 km or 50 minutes. Then begins the very Argun gorge with its watchtowers and the flowing river Argun flowing down below.