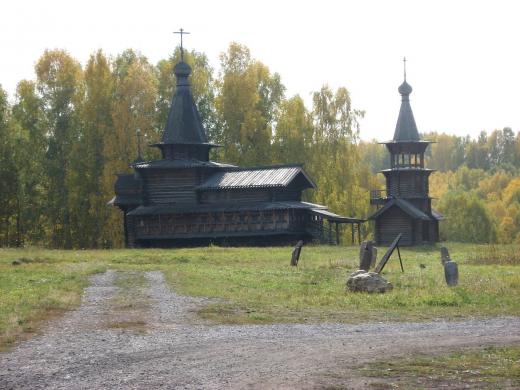 The idea of ​​creating an open-air museum arose in the 1960s, shortly after the organization of the Institute of the History of Philology and Philosophy of the Siberian Branch of the USSR Academy of Sciences. In the absence of areas, the first exhibits were taken to the courtyard of the cottage on the street. Zolotodolinskaya, 32, where the academician A.P. Okladnikov. The storage and temporary exposition of the future museum were organized here, which enjoyed great popularity among residents and guests of the Academgorodok. The first architectural object was the bell tower of the church from the polar city of Zashiversk, brought to Akademgorodok in 1969 as a result of the expedition of the Institute. In 1971 the church itself was transported. To store these objects, the Institute of Cytology and Genetics of the Siberian Branch of the USSR Academy of Sciences singled out part of the experimental field on which two storage barns were built. 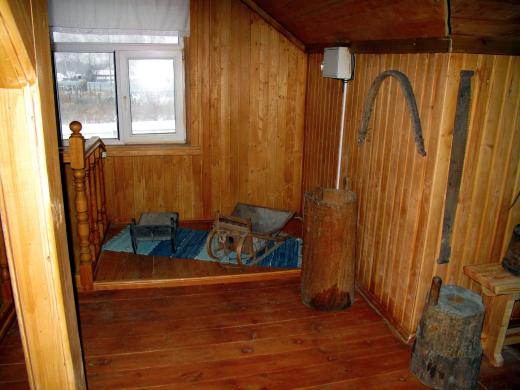 Only in 1981 the Council of Ministers of the RSFSR decided to allocate a site for the museum in the open air. In the autumn of the same year, A.P. Okladnikov organized the transportation of all archaeological objects to the allotted territory. Such haste was connected with the threat of land grabbing by summer residents for unauthorized building, and, in essence, the first exposition of archaeological monuments of the museum was formed.
The area of ​​the museum is 46.5 hectares. There are several recreational zones, archaeological, ethnographic, architectural monuments, an experimental site, an administrative building in which one of the expositions is located. 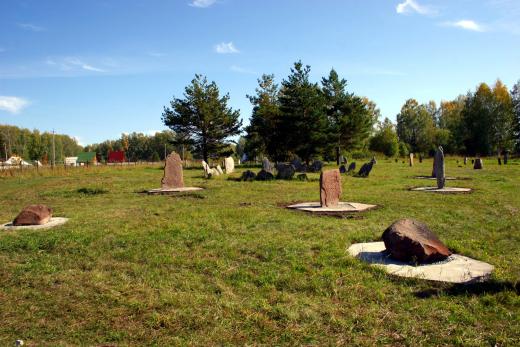 In the area of ​​architectural monuments, the central exhibit is a masterpiece of Russian wooden architecture, the Church of the Savior of the Holy Face from Zashiwerski Ostrog, built in 1700 by the philistine Andrei Khabarov. The monument was donated to the Siberian Branch of the Academy of Sciences of the USSR by the government of the Yakut Autonomous Soviet Socialist Republic and was transported on the initiative of Academician A.P. Okladnikova from the banks of the river. Indigirki. It is a historical and cultural object of federal significance.

On the territory of the museum, the Yuil (Kazym) jail from the Lower Ob region is partly exhibited – a monument to the era of the development of Siberia by the Russian population. The third architectural object is the peasant household of Russian Eastern Siberia. 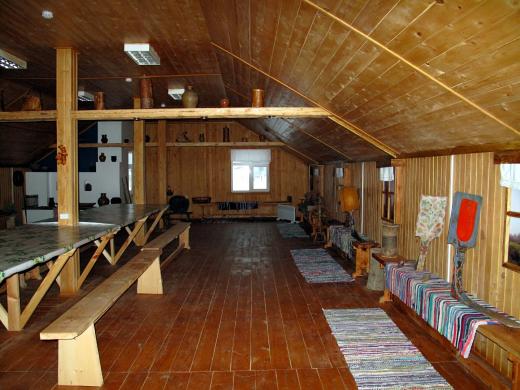 A zone of archaeological monuments is distinguished, in which stone steles and statues of various epochs from the Paleolithic to the Middle Ages are represented. There is also a polygon with reconstructions of tools and devices for catching animals and hunting. The ethnographic zone is a reconstruction of the Mansi family shrine.
In 2012, after the construction of the administrative building on the second floor, an exposition dedicated to the culture of the Slavic population of Siberia was launched. The commissioning of the administrative building allowed conducting master classes and mass events. In 2013 the “Shrovetide” was organized; several services passed through the Church of the Savior Not Made by Hands, which caused a positive resonance among the residents of the Academgorodok. Such use of architectural monuments increases their importance and relevance:
Every year, an open-air museum is visited by about a thousand people. 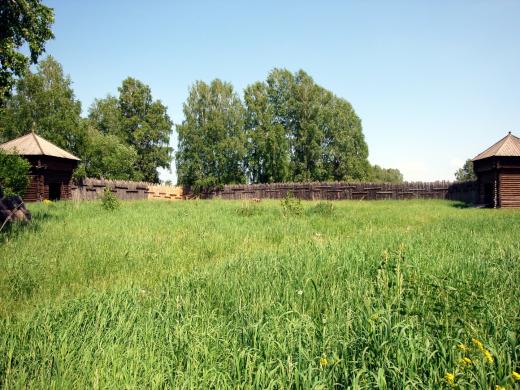