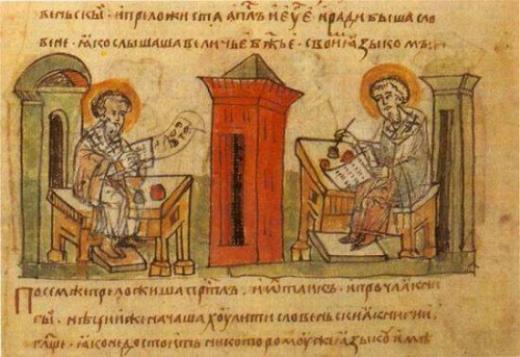 What is encrypted in the “message to the Slavs”? How the Russian State was worth the letter “b”? Who actually suggested the use of the letter “e”? Uncover the secret of the Russian alphabet.

The Epistle to the Slavs.

The usual set of letters of the Russian alphabet is actually none other than “the Epistle to the Slavs”. Each of the letters of the Cyrillic alphabet has its own name, and if you read these names in alphabetical order, you get:

One of the possible translations of this text is: “I know the letter: this letter domain. Work hard, earthlings like reasonable people understand the universe! Spread the word with conviction that knowledge is the gift of God! Go ahead, get to the light in the creation to comprehend!” 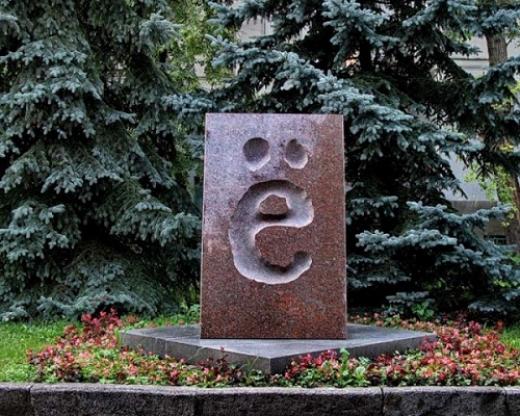 It is believed that the letter “ё” in the Russian language came from the French efforts exclusively Karamzin. As if in 1797 he remade in one of his poems the word “sliozy” and pointed out in a footnote: “The letter with two dots replace “io”. In fact, the letter was offered for use by Princess Vorontsov-Dashkovoj (highly educated woman, President Academy of Sciences) in 1783 on one of the first meetings she asked the academics, why would the word “iolka” the first sound is represented by two letters. None of the great minds of whom were notable writers Gabriel Derzhavin Denis Fonvizin not Princess decided to specify that sounds the same two “i” and “o”. So Dashkova proposed to use a new letter “to express words and reprimands from the beginning of this agreement, as matiory, iolka, iozh, iol”. Peak of popularity of the letters “ё”, fell on Stalin years: a decade of it turned out to be a special honor in textbooks, newspapers, and reprints of classics. Today “ё” often see as a monument to the letter (in Russia there are several), than in the form of the most letters in a book or newspaper. 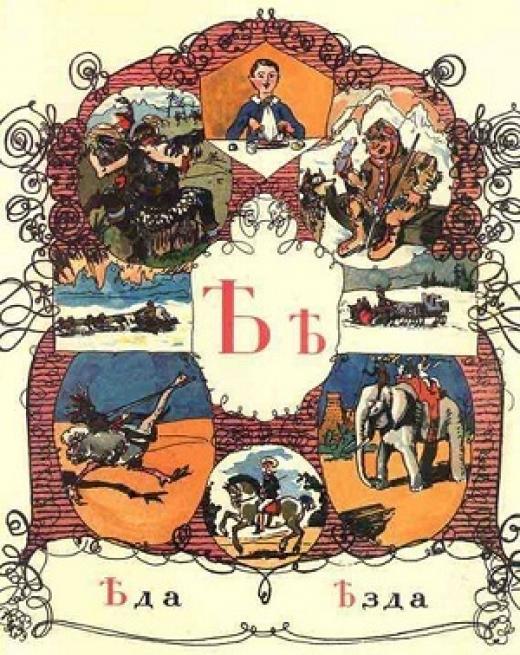 The letter “yat” was a kind of label, differs among Russian word “native” Slavic. The object of heated debate for “Westerners” and “Slavophiles” on the issue of reform of Russian orthography. This torment for gymnasium students. However resourceful young minds to help himself even penned a poem, composed only of words with “yat”:

First for the abolition of “yatya” once made ​​a writer and translator Dmitry Yazikov “The letter yat is like an ancient stone, not the place lying about that all stumble and do not relate it to the side then only that he was once an ancient and needed to the building. “But already during the Soviet era, Alexander Solzhenitsyn, known for its conservatism, advocated a return to Russian grammar that letter.

The most expensive letter. 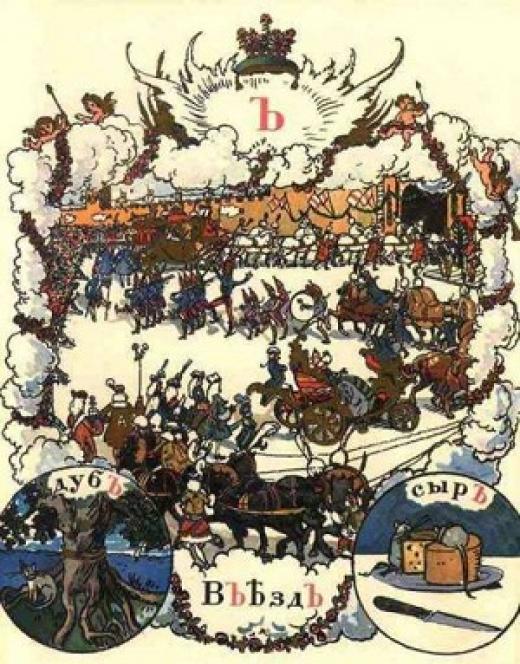 Er – “silent” letter, which denotes no sound, and served as the “hard sign”, which according to tradition was written at the end of words after hard consonants until the orthographic reform in 1918, however, with “er” took more than 8% of the time and paper usage, print and cost Russia every year more than 400,000 rubles. This letter-embezzler, nothing else! 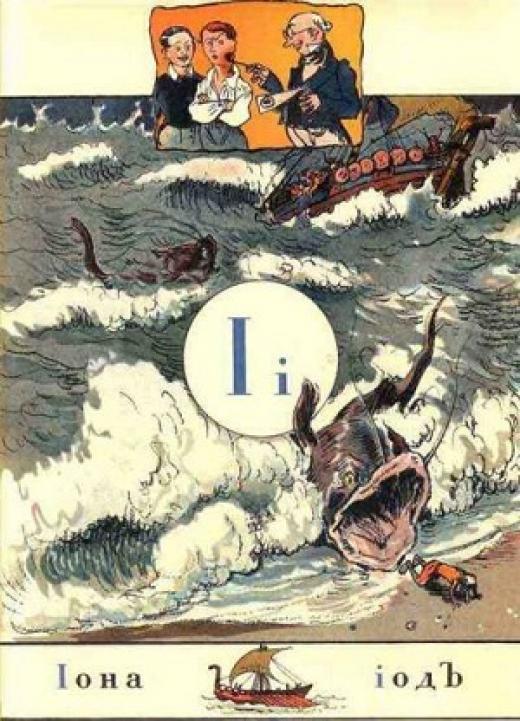 Another terrible agony for gymnasium students were the letters “и” and “i“. However, when philologists reformers took to discuss which of the two letters removed from the Russian alphabet, it was decided by voting! So insignificant were arguments in favor of each of them. The fact that the Greek alphabet “и” and “i” indicate two different sound. And in the Russian language in the time of Peter I could not distinguish them by ear! The letter “i” in the root is found only in the word “mir” in the sense of “the universe.” If it means peace, no war – the word was written as “мир”. Accordingly, written and cognate words “мирные люди” и “мiровой порядокъ”.

How the letter was the word. 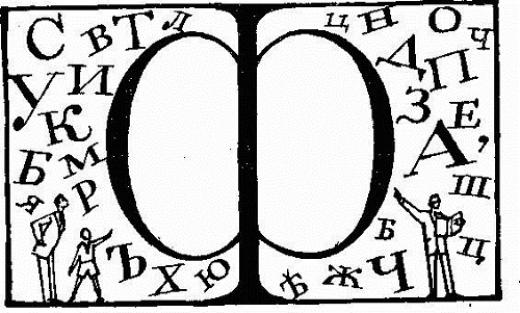 In the Cyrillic alphabet letter “f” wore fanciful name “Fert.” Appeared the phrase “stand Firth” akimbo, and then a new noun “Fert”, and even the diminutive “Fertik”. Generally, in the Slavic alphabet had two letters to represent the sound “f” – “Fert” and “fita”, but it was a real mess! The word “Philip” wrote then through “f” and “Fedor”, “arithmetic” through “Fita”. Go and figure! (And remember to understand: in the Greek alphabet the letter “ф” stands for the sound “ph” and “fita” or “theta” – “th”). Noun “Fert” eventually became disapproving. In Chekhov: “There goes one to us Fert violin, scraping”, Pushkin: “Do wall Fertik young stands Pictures magazine”. 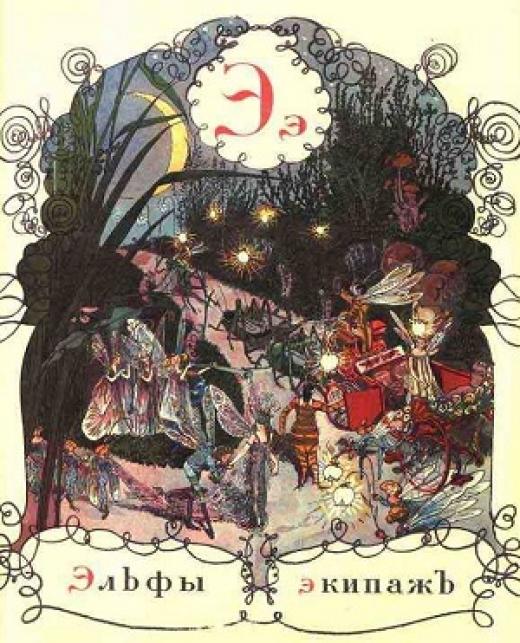 The letter “э” was legalized in the Russian alphabet only in the XVIII century, when the Russian language began to penetrate the borrowed words with the sound [e] at the beginning of words, and their writing and reading become a matter of inconvenience. Met an unfriendly letter, and Mikhail Lomonosov even wrote that “if foreign reprimands invents new characters, it will be our alphabet similar to the Chinese.” But in the early XX century “Encyclopedic Dictionary F.Pavlenkova for the average intelligent reader recommends: to write this letter. General in the Russian language remains the feeling that” e “- the letter stranger. Recall, as says the word “cream” in the heroine Irina Muravyova the movie “Moscow does not believe in tears” to emphasize the status of imported cosmetics.