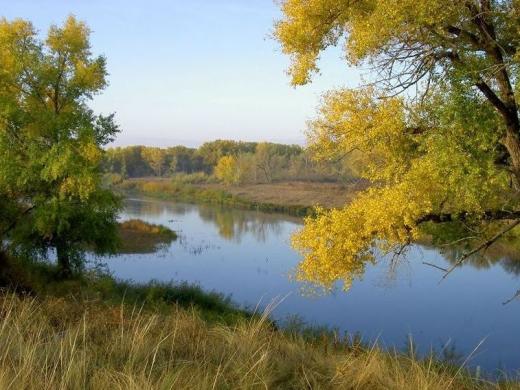 Originates on the slopes of the top Round hill (mountain range uraltau) in the Uchaly region of Bashkortostan. Flows into the Caspian sea. At the beginning of the Ural flows from North to South, and meeting the same lofty plateau Kazakh steppe, turns to the North-West, the Orenburg changes direction to the South-West,, Uralsk the river makes a new sharp bend to the South and in this main direction wriggling then to the West towards the East, flows into the Caspian sea. The mouth of Ural is divided into several branches and gradually increasing. In 1769 Pallas counted nineteen sleeves, part of which was allocated in the Urals 50 metres above the confluence with the sea; in 1821 and was only nine, in 1846, only three: Yaitsky, Tolochinskoe and Peretakso. By the late 50’s and early 60-ies of XIX century up to the town of Guriev no sleeves with a constant stream from the Urals almost no separation. The first sleeve, otdeleniya from the main channel of the left was Perets shared between the ducts on Peretakso and Aleksashkin. Still below the bed of the Urals was divided into two branches – Solocinskij and Yaik, with both the first and the second was divided into two mouth: Large and Small Yaitsky, Big and Old Tolochinskoe. From Zolotistogo sleeves East departed one sleeve, Bucharka flowing into the sea between Perlasca and Gold. The Ural basin occupies the largest sixth place among Russian rivers and equals to 237 000 km2. The stretch of the river is estimated at 2428 km. Horizon of water is an absolute altitude of 635 m. 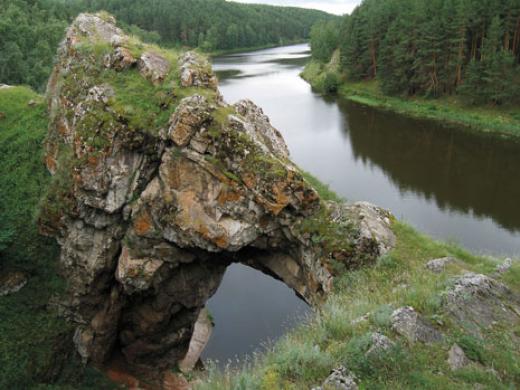 Falling waters of the Ural are not particularly large; from upper to Orsk it is about 0.9 meters to 1 kilometer from Orsk to Uralsk not more than 30 cm to 1 kilometre, below – even less. The width of the channel generally small, but diverse. The bottom of the Urals, in the river rocky, in the most part of his clay and sandy, and within the Ural region there are stone ridge. Under the Ural river bottom lined with small pebbles, which occurs several large «White mountains»; special pebbles from the dense clay, moreover, comes in some areas of the lower reaches of the Ural («burnt Luka»). The Ural river is quite winding down and forms a large number of loops. The Urals, with a small drop of water, all over, they often change the main channel, breaks new moves, leaving in all directions deep waters, or «old women». Due to the changeable currents Ural many Cossack villages, former earlier in the river, were subsequently on the Bayou, the residents of other settlements were forced to move to new places only because the old ruins of them were gradually eroded and destroyed by the river. In General, Ural valley indented on both sides of the oxbow lakes, narrow channels, extended channels, lakes, small lakes; during the spring vodoroslei occurring on snowmelt in the Ural mountains, all of them are filled with water, which is kept in the other until next year. In the spring of the river and small rivers are the Ural mass melt water, the river overflows, out of the banks, in the same places, where the sloping shores, river overflows, 3-7 meters. Ural little navigable. There are sturgeon, starred sturgeon, carp, sheatfish, pike, bream, catfish, chubak. Also from the river is a water pipeline to the oil industry. 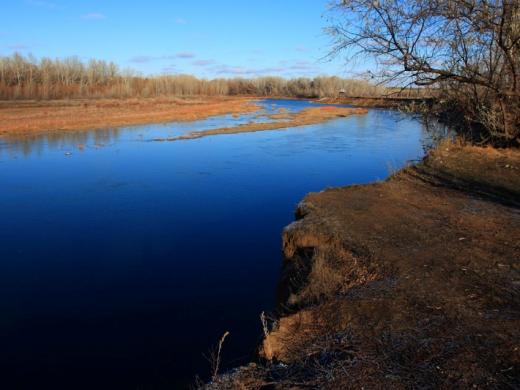 Contrary to popular misconception, the Ural river is a natural water boundary between Asia and Europe only in its upper reaches in Russia. The border is, in Verkhneuralsk and , Magnitogorsk, Chelyabinsk region. In Kazakhstan the geographical border between Europe and Asia passes South of Orsk on ridge Mugodzhary. Thus, the Ural river is the internal European river, only Russian upper river to the East of the Ural mountains belong to Asia. Preliminary results conducted in April – may 2010 expedition of the Russian geographical society in Kazakhstan showed that the border of Europe and Asia in the Ural river, as well as on the Emba not have sufficient scientific reasons. The fact that South Chrysostom Ural ridge, losing axis, falls into several parts, then mount and does have gradually disappeared, there disappears the main landmark in the border. The river Ural and Emba nothing to divide, as a country they intersect, identical.

The Urals, generally not navigable, but it is in small size timber floating in the city of Orenburg, and Uralsk. Below Uralsk alloy Pets spring special tickets, and, as an exception.