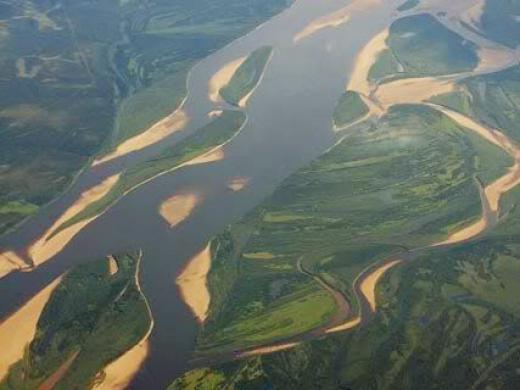 The Pechora river in the Republic of Komi and the Nenets Autonomous district of the Russian Federations river is 1809 km. Freezes in late October, the showdown takes place with the support of formations of ice jams. The source of the river Pechora is located in the Pechora-Ilych reserve, close to one of the wonders of the Russia – plateau Manpupuner. Flows Pechora in the Pechora Bay of the so-called Pechora sea.

Length – 1809 km, basin area – 322 thousand km2. Takes river beginning in the Northern Urals, in the South-Eastern part of the Republic of Komi, and flows at first mainly South-West. From the source to the mouth of the river Ugni Pechora has a mountainous character. At settlement Yakshi (after the confluence of Volostnych) turns North and flows along the Pechora lowland to Ust-Moustache. After the mouth of the river Mustache turns West, forming a wide knee with two large bends. Channel width up to 2 km in the valley appear vast floodplain meadows.

In Ust-Tsilma (after the confluence of the rivers Tansy and Tsilma) Pechora turns North again, on this part of its broad floodplain cut through by numerous canals («balls») and old women. About 130 km from the mouth of Pechora into two branches – Eastern (Large Pechora and Western (Small-Pechora). Below, in the district Naryan-Mar, the river forms a Delta width of about 45 km and flows in Pechorskaya Guba, Pechora sea. Tide currents spread to the South to the village of Oksino. 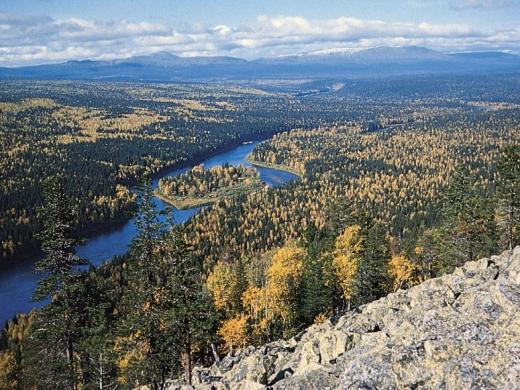 The food is mixed, with more snow. Flood begins in late April – early may, the maximum – in the middle of may in the middle stream and downstream until the beginning of June. In summer and winter low-water period. Summer low-water period is from mid July to August, is often interrupted by rain floods. The average discharge at the mouth 4100 m3/sec. Freezes in late October, the showdown takes place in the upper reaches, and is accompanied by ice jams.

Regular navigation is possible to Troitsk-Pechora, in spring and autumn – to Ust-Ugni. The vessels going up the river to Naryan-Mar (110 km from the mouth). Fishing (salmon, whitefish, vendace). In the Pechora pool there are deposits of coal, oil and gas.