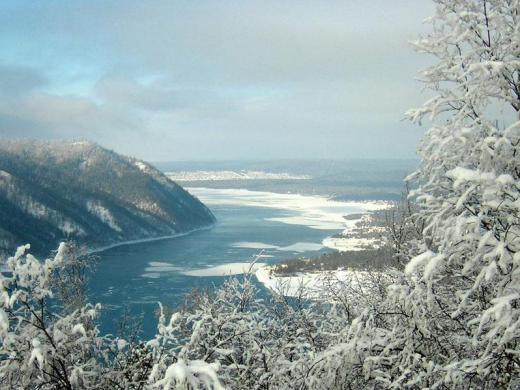 The Angara-river – a river in Eastern Siberia, the largest right tributary of the Yenisei river, the only river flowing out of lake Baikal. Flows through the territory of Irkutsk region and Krasnoyarsk Krai.

The basin area is 1 040 km2, including without basin of lake Baikal 468 thousand km2. Angara starts from lake Baikal flow width 1.1 km and flows first in the Northern direction. The section from the source to the city of Irkutsk is an Irkutsk reservoir. In the North-West of Irkutsk region on the Angara river is the Bratsk reservoir, which is the Bratsk hydroelectric power station. After the bend on the Angara river, below the Bratsk water reservoir, located in Ust-Ilimsk. The river then turns West – the Krasnoyarsk territory, where next to Lesosibirsk flows into the Yenisei. The origin of the Angara to do with the nature of the morphology of the river valley at the source, reminiscent of the ravine, gorge on which the Hangar pulled away from Baikal. 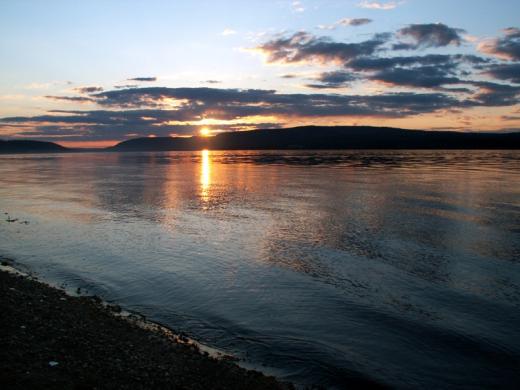 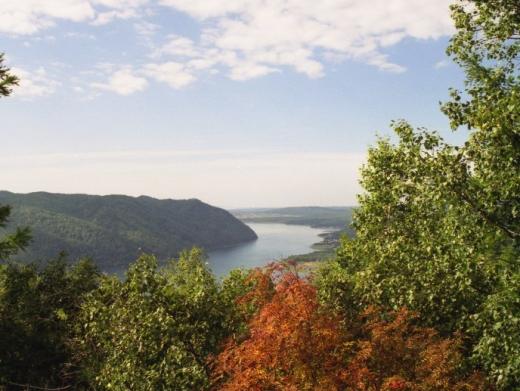 Relatively small length in 1779 km Hangar has a significant difference equal to 380 meters and a large hydropower potential.

On the river were built three hydropower plants, which form the Angarsk cascade of hydroelectric power stations: in order, from the source – Irkutsk, Bratsk and Ust-Ilimsk. The fourth stage of the cascade, Boguchanskaya HPP, are being built. In the future it is planned to build Nizhneangarsk cascade of HPPs. Before the construction of the HPP safe shipping was impossible because of the rapids on the river, which was a serious obstacle in the development of the region. Passage of vessels was possible in the lower reaches of the Yenisey river to Boguchansky thresholds, and in the upper flow from lake Baikal to the Padunskie thresholds. On the river there were also timber rafting. In 2009, river transport is possible on four isolated plots: the Angarsk part of the Irkutsk reservoir without Baikal lake (52 km); from the dam of the Bratsk hydroelectric power station to Irkutsk hydroelectric power station (606 km); Ust-Ilimsk reservoir (292 km); from Yenisei to Boguchansky thresholds (445 km). Hangar in Boguchansk district After the completion of the Boguchanskaya HPP – the water reservoir length 375 km will be possible passage of vessels with a low draught all along the river, on the condition that the Angara hydroelectric complexes are equipped sluices or slipways. The site of flow below Boguchansky rapids to the mouth remains shallow and accessible to the ships of the class ” river-sea».