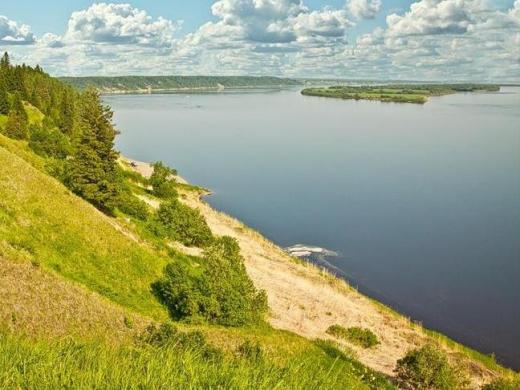 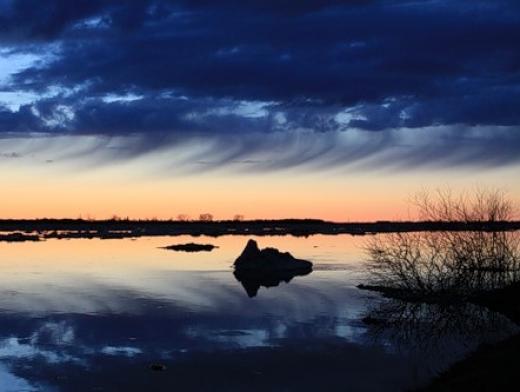 Length – 744 km, the length of the river Sukhona – 1300 km length with Vychegda river – 1803 km. According to the state water register the length of the water way from the river Kubena to North Dvina is 1 683 km area of the basin – 357 thousand km2. Malaya Severnaya Dvina is formed by the confluence of the Sukhona and the Yug (the town of Velikiy Ustyug in Vologda region). Then flows northward to Arkhangelsk region. Near the town of Kotlas Small Northern Dvina river merges with the Vychegda (it should be noted that the Vychegda merging carries more water than the Malaya Severnaya Dvina), then turn North-West, and then gradually to the North. Almost in the very North merges with the Pinega river. The Delta of the Northern Dvina (the area of the Delta, about 900 km2) starts from Novodvinsk. Near Arkhangelsk and Severodvinsk flows into the Dvina Bay of the White sea. Below the mouth of the Northern Dvina river Pinega is divided into streams with numerous Islands, the width of the valley rises to 18 km. The Arkhangelsk river again going in one direction, but below the city forms the Delta square of 900 km2, consisting of several sleeves. 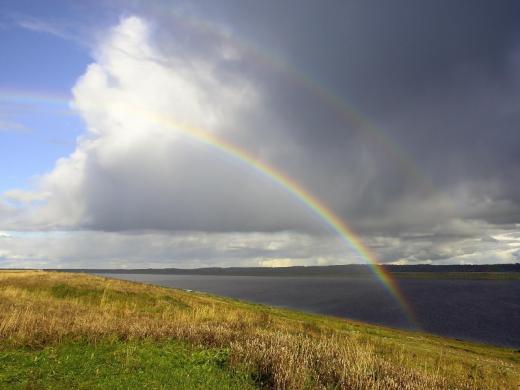 The river is filled with water, mainly due to snow. The average consumption of water at the confluence of the Sukhona and Yug 770 m3/s at the mouth 3490 m3/S. the Largest scale fluctuations between the mouths of the rivers Vaga and Pinega to 14 m Freezes at the end of October-beginning of November, it is opened from early April to early may. The break-up of rapid and frequent congestion.

Shipping along the Northern Dvina begins immediately upon its opening in a few days, come to Arkhangelsk barks «from above» and soon arrive commercial and fishing vessels from the sea. Continues shipping up to half of October, ships due to the shallow waters are sometimes river voyage not until July or even August. In September the water comes. The length of the rivers of the basin S. Dvina equal 7693 km, of which 658 km driftwood ways exclusively for timber in rafts, 1223 km for Laden ships and 4294 km navigable at both sides.