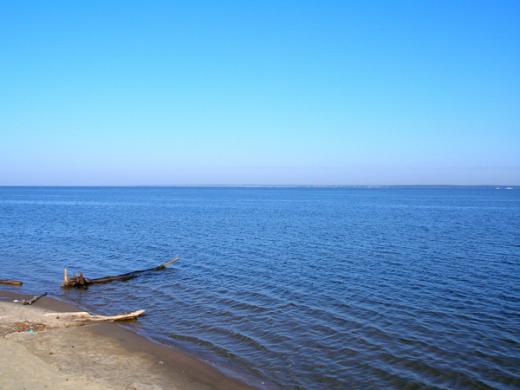 Ob river is one of the largest rivers of not only Russia, but all over the world. It flows from the South to the North of Western Siberia is almost parallel to the great Russian river Yenisei. Falls into a mighty stream in the North of the Kara sea. In the place of confluence there is a huge Gulf. It is called Obskaya Guba and length greater than 800 km Is a kind of a mouth of the river, bearing in scientific circles, the name of the estuary. It is characterized by the absence of river sediments. Their creation hinder sea currents. In Russia in addition to the Gulf of Ob estuary can also be called the Yenisei Bay. The length of the river Ob equal 3650 km. Is longer than the Yenisei river, taking its beginning from the city of Kyzyl (3487 km), where the merging in a uniform stream, Small and Big Yenisey. The river system of the Ob river is the length of the 7th place in the world. Speaking of the river system, we mean the length of the longest tributary waterway river after the confluence of this inflow. In Ob river flows into the Irtysh river. It is the longest tributary of the world and has a length of 4248 km In second place is the river of Missouri with a length 3767 km. Irtysh and the Ob together form of length 5410 km. This 7th place after the yellow river with its 5464 km. And now occupies the 5th place, the water system of the Yenisei river (be 5 539 km), which consists of the rivers Ider, Selenga river, waterway lake Baikal, the Angara and Yenisei river after the confluence into it of the river flowing from lake Baikal. 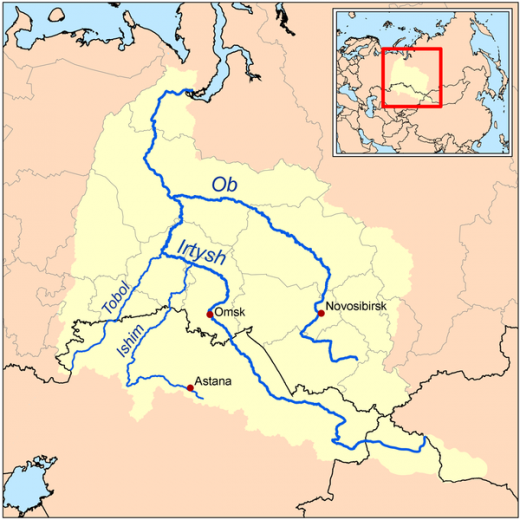 The beginning the river takes from the river Katun. Length of Katun of 688 km. Its source is on the Katunsky ridge where the mountain the White whale with its height above sea level equal 4506 metres is majestic towers. On a southern slope of mountain the huge glacier of Geblera lays. It also gives a life to the water stream finishing the way in waters of Arctic ocean. Katun river crosses a Mountain Altai and is its main artery. Near the village of urban type Sorokino it merges with the river Biya. Two rivers and form a mighty stream called the river Ob. The river is conventionally divided into three long plot. The first section is the name of the Upper Ob river. Extends it to the confluence of the river Tom. This is the right tributary of the mighty river. Before him Ob river flows through such cities as Barnaul, Kamen-na-Obi and Novosibirsk. In the upper reaches of the mighty river stream carries its waters between low banks. For riverbeds are characteristic canals, numerous Islands and shoals. Closer to Barnaul riverbed expands, and the left coast is steep. Such relief is extended to the city of Kamen-on-Ob. Before him channel narrows. Appear protruding from the water stony areas. The depth in the upper reaches of the average of 2-6 meters. In the shallow waters considerably decreases. In some places reaches 0.5-0.6 metres. Next the river Ob met on the way the Novosibirsk hydroelectric station. The dam was built in the 50 years of the twentieth century. The length of the Novosibirsk reservoir 200 km, the maximum width is 22 km. Depth of up to 25 meters. Its beginning reservoir takes North of the city of Kamen-on-Ob. The locals call this huge reservoir of the Ob sea. 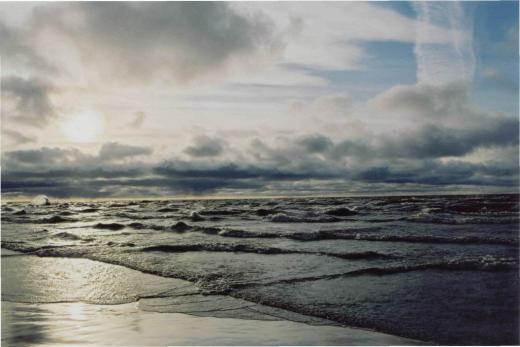 After the confluence of the river Tom begins the middle portion of the mighty Siberian flow. His bed becomes all the more. After the confluence of the right tributary of the Chulym river Ob is gaining momentum and becoming really deep. This is already the taiga zone. Floodplain in these places reaches 20-25 km It is characterized by numerous canals, and the depth of the river is in the range from 4 to 8 meters. After the reunification of the river Tom ‘ it always turns West. It gives life to such cities as Kolpashevo, Nizhnevartovsk, Surgut, Nefteyugansk. Finally the river meets his left tributary of the Irtysh and smoothly turns North. This so-called lower Ob. It is characterised by the low left Bank and the steep right. The left part crossed by canals and is rich in lakes. To the village Peregrebnoye Ob river flows in one direction. Then forks. Formation of two flow is Large and the Small Ob. The main stream of water goes on the Great river. The reunification of the river is 20 km to the South of Salekhard. Notable is the increase in the riverbed depth almost in 2 times. Its depth is equal to 10-15 meters. In all his mighty expanse of the river overflows after Salekhard. It forms a large Delta, the area of which corresponds to 4.5 thousand square km. The basic of sleeves carries the name Nadym. It is the right sleeve. Left call Hamanelsky. Gradually sleeves merge in a uniform wide stream and pass to gulf of Ob which is the integral component of Kara sea. The total area of the basin is equal to 2990 sq km of Main our way the river flows on the Western Siberian plain. Floods occur in the spring months of April-may. In many respects it is promoted ice jams. 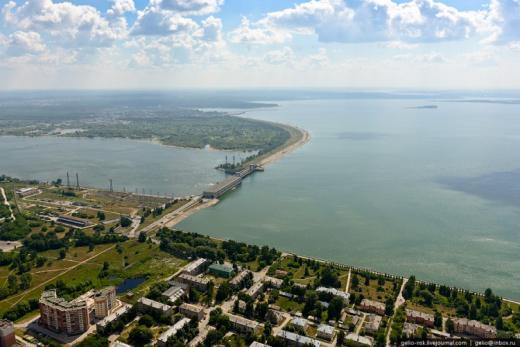 The water level can rise up to 9 meters, flooding the area around for tens of kilometers. The basin is rich in mineral resources. There are enormous reserves of gas, oil and coal. Given the marshland, peat reserves account for 70% of all reserves in the country. Ob river is rich in fish. More than 50 species are harvested. The river waters are common sturgeon, Siberian white salmon, sturgeon, whitefish. There are pike, burbot, bream, perch, eel, tench. All this is the property of the state. Very important are also the hydropower resources. This three HPPs: Novosibirsk, Ust-Kamenogorsk and Bukhtarma. The last two are built on the Irtysh river. Is also important to shipping. The navigation period lasts for 6 months. In the lower reaches of the mighty river it is shorter than one month. In short, the Ob river represents an important economic component of the state. It connects rich minerals of the North with the other areas of the country. Without this river transportation necessary for the economy of raw materials would be a huge problem.