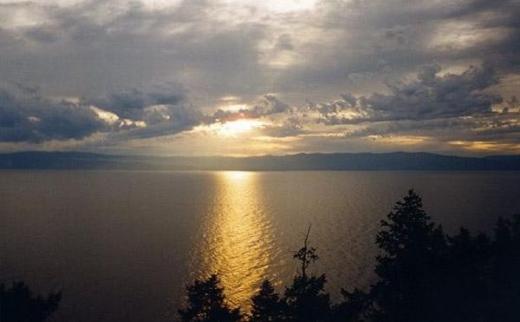 Amur – the great Russian river, part of the ten largest rivers in the world. Amur river in 2008 became the nominee of the contest «7 wonders of Russia». Basin area – 1855 thousand sq.km. – Amur takes the fourth place in Russia after the Yenisey, Ob, Lena and the tenth place in the world. Amur river carries its waters to the taiga and valleys, in overcoming its current mountains, forming rapids, flowing to the horizon. The length of the Amur – 2824 km from the confluence of the Shilka and the Argun river to its confluence into the Sakhalin Bay of the Okhotsk sea. If you count the length of the Amur river together with its tributary of the Argun river, it is 4440 km. 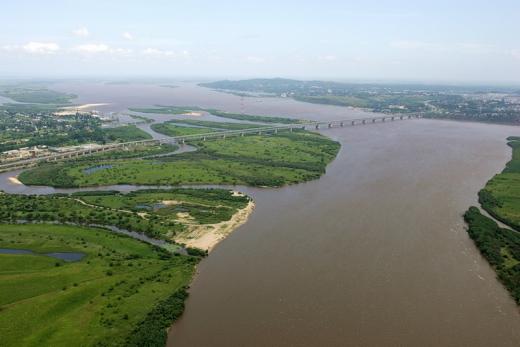 The Amur river flows on the territory of three States: Russia, about 54 % of the territory), China (44,2 %) and Mongolia (1,8 %). Along the Amur river passes about 3000 km of the state border between Russia and China. Here lives about thirty different peoples and ethnic groups. The city, standing on the Amur – Amursk, Blagoveshchensk, Khabarovsk, Komsomolsk-on-Amur, Nikolaevsk-on-Amur (Russia), Heihe, (China). The name of the river derives from the General to the Tungus-Manchu languages the basics «Amar», «Damur», which means «big river». In China, the name of the river sounds like «Hey-LUN-Zhang,» which translates as «black dragon River», or «Amur Heiho» – «Black river». Mongols called Amur «Hara-Muren» – «Black river», «Black water». The source of the Amur are the headwaters of the unnamed tributary of the Onon Gol. 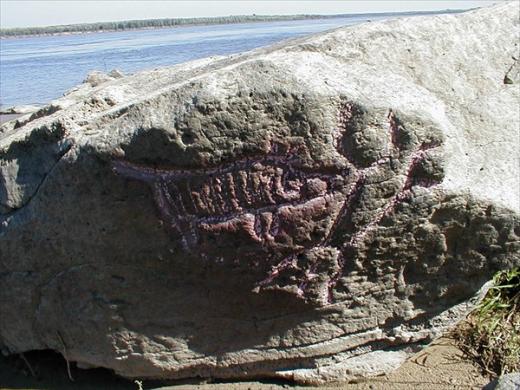 During heavy rains spill on the middle and lower Amur may reach 10-25 km and stay up to 70 days. The Russian sector of the Amur river basin can be divided into two parts – Siberian, which includes areas of the basins of the rivers Shilka and Argun, and the far East, within which is essentially the whole valley of the Amur river left Bank of the upper and middle Amur and the entire lower Amur. The Amur river flows through the territory of the six regions of the Khabarovsk Krai: Khabarovsk, Nanaisky, Amursky, Komsomolsky, Ulchi and Nikolaev. The biggest tributaries of the Amur, Amgun, Anyuy, Tunguska, Bureya, Ussuri river, Songhua river, Creek Kazakevich and along the Ussuri river for 265 km long border with China.

The valley of the Amur river in Khabarovsk Krai is characterized by a great diversity of natural conditions, the presence of archaeological and historical objects: they are Lotus lake and ancient volcanoes, dammed valley lakes, Tirsky rock with traces of Manchurian temple of XV century, petroglyphs of Sikachi-Alyan.   Russian steamship line was opened on the Amur river in 1854. At present more than 30 vessels of type «river-sea» Amur river shipping company made cargo and passenger transportation to the Far East and the Asia-Pacific region. Devided into several branches, the Amur river forms numerous flood plain lakes, channels and oxbow lakes.

Wetlands, stretching all along the Amur and its tributaries, are the most valuable natural complexes. It is a place of reproduction of fish stocks and the most important plot migration routes for millions of birds. Here breeds 95 % of the population дальненвосточных white storks, Japanese and Daurian crane. Diverse flora and fauna of the Amur basin. There are more than 5000 species of vascular plants, about 400 species of birds, 70 species of mammals, including the Amur tiger. In the great river basin has more than 130 species of freshwater fish. Among them constantly living in its waters and characterized by fine taste large fish: black and white Amur, silver carp, skygazer, snakehead, trout, carp, Amur sturgeon. 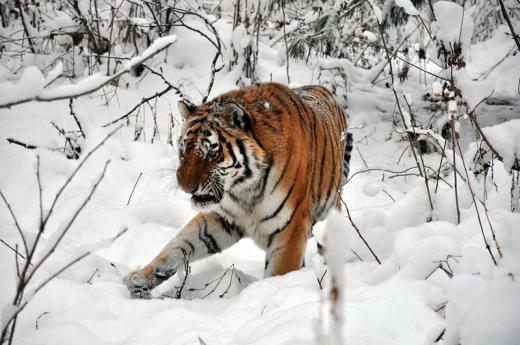 By the Amur river and its tributaries to the head of the taiga rivers are the spawning of anadromous salmon. It is here that still meets the largest sturgeon world, endemic to the Amur – kaluga, the weight of which can exceed ton.   The plain along the banks of the Amur densely populated. On the territory of China, along the Sungari and Ussuri rivers, home to about a hundred million people. Over the past century, the population in the basin of the river has increased tenfold, and repeatedly increased human impact on natural ecosystems. Over the last decade, lost millions of hectares of wetlands, habitats of rare species of birds.

Reduced fish stocks. Hydrological regime of the river breached the work of the Zeya and Bureysk HPP, several large dam built on the river Songhua river in China. Over the past 15 years on the Chinese side of the Amur were large-scale shore protection works with the construction of many kilometers of concrete dams, which leads to the fact that the mainstream «squeezed out» to the North, in the direction of the Russian profane and easily размываемого of the left Bank. Amur catastrophically fast increasing in area of Khabarovsk, the ducts Beshennaya and Pemzenskaya located on the opposite shore, getting wider and deeper. In 2005 the process of shallowing of the Amur river in Khabarovsk has slowed somewhat due to the beginning of the hydrotechnical works.