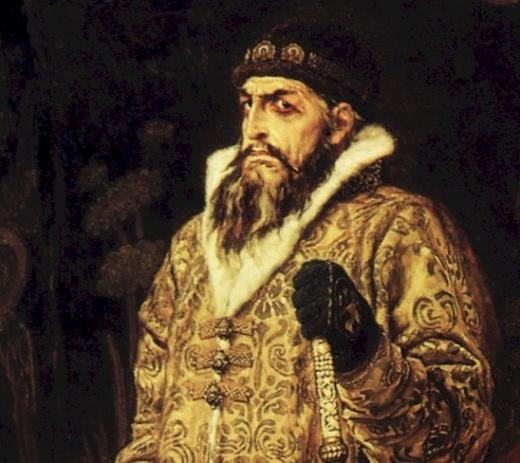 Birth of a legend.

Leave a trace in the history of two ways: to create something brilliant or mess things up something crazy. But if a person is not able to be born a genius and laurels Gerostrat does not appeal – there is a third way: to become part of the historical myth. How does this happen? Cnachala arises legend. Then she acquires details and “evidence” of those who want to get their “15 minutes of fame.” Over time, the stories of these “witnesses” are beginning to refer to the descendants – and here’s the finished historical myth, in which real people take pride of place. Let’s see how to create the myth of the library, and who, thanks to him, “heritage” in history. Thus, the legend: a unique library, which was collected by the Byzantine emperors for centuries, brought to Moscow Princess Sophia Palaeologus as a dowry to her husband – Grand Prince Ivan III. To protect the precious scrolls from fire, the Italian architect Aristotle Fioravanti designed for special library cache. The last owner of the library was Ivan the Terrible, after his death the library was gone. 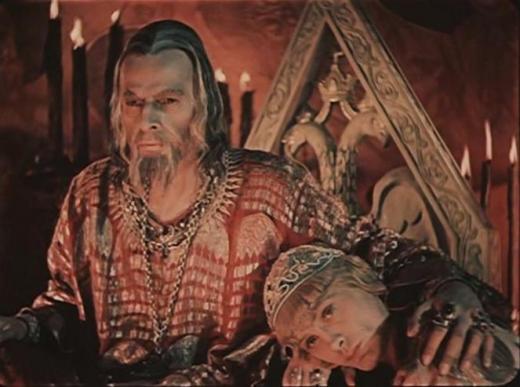 Now go to the “witnesses.” “Livonian Chronicle” end of the XVI century, tells the story of Pastor Johann Vettermana, was captured by the Russian during the Livonian War. Having heard about the scholarship and righteous life pastor, Ivan the Terrible, invited him to Moscow and ordered the prisoner Diakitè show your library. Seeing many priceless books, Pastor said that “I would give all his possessions, even all her children, so that only those books … brought many benefits to Christianity.” Must be a lot of fervor Holy Father amused clerks: after all, the prisoner had no children, no property. He offered to translate into Russian part of the manuscripts. Looking around the store, the pastor realized that the work ahead is possible – for a lifetime. Suddenly forgot about the “benefits of Christianity,” and hurried tactfully refuse.

Amusing story, but it is improbable. Really, Ivan the Terrible were better things to do than brag “filthy peasant” for its library. Of course, the pastor nafantaziroval, but fantasy has immortalized his name in the pages of “Livonian Chronicle” by making part of the myth of the library of Ivan the Terrible. We still hear about Vettermane.

In the XIX century historian Ivan Zabelin studying archives times of Peter I, the sexton found reports Conon Osipova. He recounted a story he heard from a friend – clerk Vasily Makarieva. Performing certain order of the princess Sophia, clerk explore dungeons Kremlin and stumbled upon a secret room, cluttered trunks. Makariev somehow decided that it was stored in them precious manuscripts of the library of Ivan the Terrible. Having the light of day, he reported everything to Sophia, but the princess ordered forget what they saw. For many years, the clerk kept the secret, told her only Osipov. Quirky sexton decided to try their luck and find the treasured room. But given Makarieva move turned buried in the ground, to get to the cache alone is unthinkable. I had to go to the authorities. V1724, Peter I ordered to clear the underpass and look for the library. Digging a long time, but to no avail. However, the sexton was not discouraged. Ten years, he continued to fill the high court petitions for new excavations in the Kremlin, and finally has his diggers made ​​one more attempt to reach a secret room. Vain.

As time went on. In 1822, Professor, University of Dorpat Christopher von Dabelov wrote an article “On the Law Faculty in Dorpat.” Among other things, he cites a document, which he called “Index of an unknown person.” It was no less a list of manuscripts kept in the library of Ivan the Terrible. This document, according to the professor, he was sent from the archives of the city Pernau. Article interested colleagues Dabelova – Professor Walter Klossiusa. Perhaps list was our old friend – Pastor Vetterman (by then “Livonian captive” has become part of the myth of the library)? Klossius met Dabelovym, but he said that he had a copy of the document, and he sent the original back to Pernau. How could an experienced archivist to part with such a treasure? Cursing oversight colleagues Klossius hurried to the archive Pernova. But as the list of vanished into thin air, he did not appear in any inventory.

Nevertheless, v1834 year, after the death Dabelova, Klossius published an article “The Library of Grand Prince Vasily Ivanovich and Ivan Vasilyevich king”, which described in detail the discovery of professors and announced the list of the manuscripts of “Index” – the works of Titus Libya, Tacitus, Polybius, Suetonius, Cicero, Virgil, Aristophanes, Pindar, etc. Myth overgrown all new “detail”.

Since the beginning of the twentieth century and up to the last days of his life (1949), the library was looking archaeologist Ignatius Stelletsky. He asserted that, in v1914 Pernove found the same coveted “Index.” But he had only to rewrite it as soon document … gone. Scientists have raised Stelletskogo laugh. Nevertheless, he methodically and persistently sought the royal library in Vologda, Alexander settlement and, of course, in the Moscow Kremlin. In 1933, the Stelletsky delivers a memo to Stalin and seeking permission to excavate. Digging long, the result is predictable – zero. 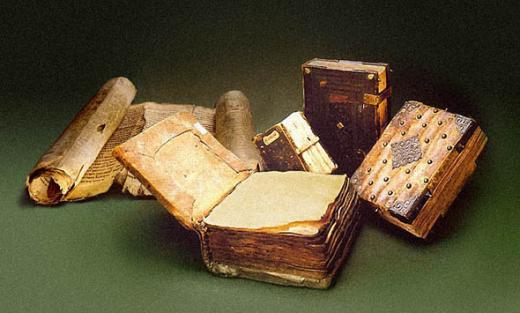 Was there a library?

Now back to reality and think: Was there a library? It’s hard to imagine that in 1453 fleeing from the Turks defenders of Constantinople had loaded on the ship and take hundreds of books. But suppose a miracle happened, a library rescued and brought to Moscow. She could have been killed in a fire, it could pull apart the Polish invaders in the Time of Troubles. But who knows what. And it was valuable library book? Academician Dmitry Likhachev said: “Even if the library of Ivan the Terrible discover discovery will not be of great scientific value. A significant part of this collection were the church books that Sophia Palaeologus was brought to Russia from Byzantium, to pray in their own language”.

There is another interesting version of the library of Ivan the Terrible … is already found! Not all, of course, only a small part. Here is what the newspaper “Trud” November 22, 1944: “The cabinets USSR State Library named after VI Lenin kept many thousands of ancient manuscripts and manuscripts. Among other … five books in large format vintage leather bindings from the personal collection of Ivan the Terrible. “Can journalists make a mistake? But nearly half a century later Head of the Department of Manuscripts of the Russian State Library (former “Lenin Library”) Victor Deriagin confirmed: “We have stored 600 thousand manuscripts, of which 60 thousand ancient, more than three hundred Greek (mainly Byzantine). Some date back to the VI century BC It is possible that there are also books Sophia Paleologos”.

So it is time to recall the famous Russian proverb, and stop looking for “gloves in his belt?”