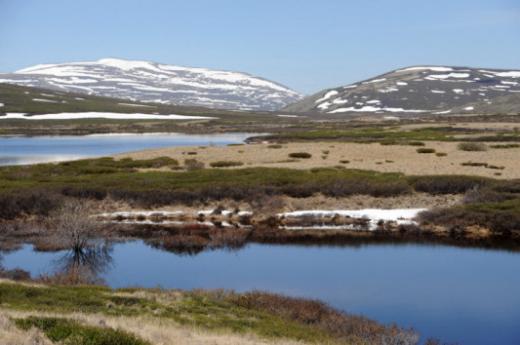 State Nature Reserve Ubsunurskaya Kotlovina is located in southern Siberia, in the territory of the Republic of Tyva. It was organized in 1993, on 24 January. The total area of the reserve is 323,198 hectares.

On conservation area is dominated by the transition of the East Siberian to the Central Asian climate. It is characterized by the contrast that is directly related to the location of the reserve in the heart of Asia. Every year in the reserve falls about 200 mm of precipitation. Frosty winter with little snow, summer is hot and dry. The lowest temperatures occur in January, when the thermometer drops to -37°C. The highest temperatures in July: average temperature of this month is 20°C.

The flora of the reserve Ubsunurskaya Kotlovina differs mosaic and complexity. Here you can see almost all the types of vegetation that are typical of the temperate zone: forest and mountain tundra, wetlands and grasslands, salt marshes and meadows, farmland and bushland, cliffs and alpine vegetation, as well as community and salt-loving plants xerophilic, sandy, stony and clay deserts. 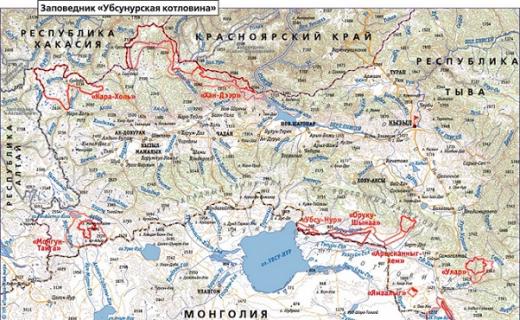 The Red Book of the Russian Federation included more than thirteen species of plants that grow on the reserve. 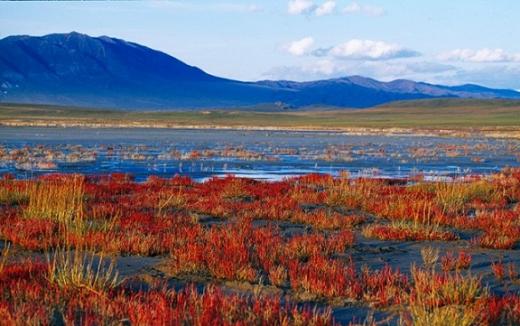 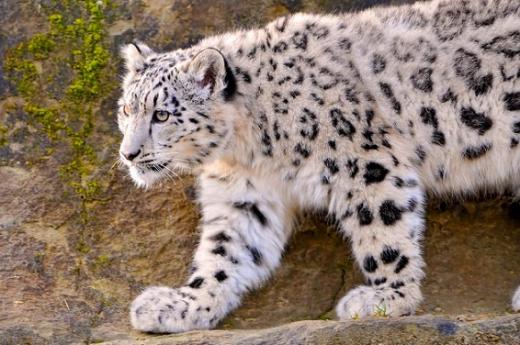