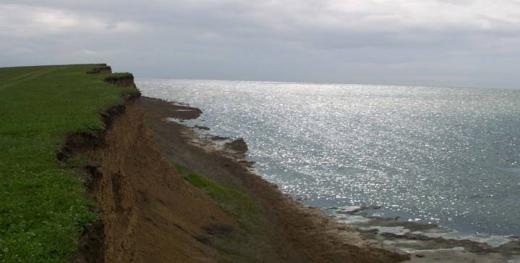 The largest lake in the Rostov region is Manych-Gudilo – relic, tectonic, the so-called lake-saucer. The lake of more than 150 km in length, and up to 10-15 km (in some places) in width; its depth – 4 m or more. On the shores of Lake Park is bordered with Kalmykia, Stavropol Territory, the proletarian district of Rostov region. Lake Manych- Gudilo water salinity exceeds almost twice the salinity of the Black Sea, is one of the largest lakes in Europe. Here there are a small, southern, and the three-spined stickleback, pipefish – that’s all, perhaps, that can live in a salt water.

The stark beauty of Lake Manych-Gudilo, contrast and somewhat unpredictable occurring in it natural phenomena, poorly studied many of them gave rise among people living in the vicinity of legends and tales.

Strong winds that prevail in these areas, raise the lake big waves that noise beating on the shore, in some places, their height reaches 12-15 meters or more. Hum their spread far around the area. Howling of the wind over the steep banks in numerous ravines complements this range buzzing sounds, which gave the name of the lake – Gudilo. Hum can be heard in some parts of the lake and in calm weather.

In the center of the lake is the island Vodnyi, where more than 50 years lives a herd of feral horses. Free herd – one of the attractions of the Nature Reserve “Rostov”. No one knows how and when to put the horse on the island Vodnyi. Island 12 km long and up to 4 km sheltered settlers, there is only fresh water. Therefore, watering horses in the summer, when the air temperature reaches 30 – 40 degrees, being the reserve staff. Thanks to the care of the reserve, the number of horses in the herd is now more than 300. A 10 minute walk along the shore of the island opens eyes another small island – “Bird.” Its length 100 m, width up to 20 meters. Here we are already seeing the cane, which indicates the presence of fresh water springs on the island. Breed on the island: spoonbills, gull-Gull, Little Egret, mute swans, sometimes the Dalmatian pelican, etc.

Driven by the memory of hundreds and thousands of generations, countless flocks of birds congregate each year on the waters, islands and shores of lakes Manych. That is why, as the main way of flight and place seasonal aggregations of waterfowl lake Manych-Gudilo included in the list of objects of the international Ramsar Convention on the Conservation of Wetlands and the Island portion of the reserve is recognized as an important bird of international importance. 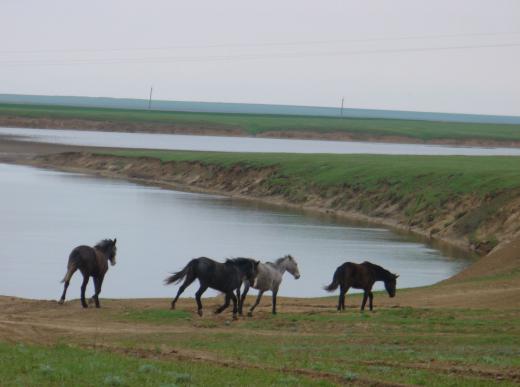 “Starikovskii” section of the reserve.

“Starikovskii” section of the reserve is located in the east of the Orel district and has an area of ​​2,182.5 hectares.

Feature of its territory is a large number of ravines. On the slopes of the surface outcrops of crystalline gypsum veins. Separate crystalline aggregates grow large and a weight of several kilograms. As in the Geological Museum, can be found here growths of crystals in the form of “rose” and “dovetail”. On the bottoms of the beams whiten yields salt, and many streams are strongly mineralized. Along the saltwater creeks and on the bottoms of the beams developed original vegetation of saline soils. Grow Salicornia, halophytes, salt-tolerant sarsazan and other plants. In the early summer thickets Salicornia have the form of bright green lawns lush vegetation. With the approach of autumn frosts in their tissues formed pigment anthocyanin, which gives red stems. Of burnt autumn steppe lawns and stream beds beams covered glasswort, look very unusual.

In a large number of near ponds accumulate Demoiselle cranes. On some days here were recorded accumulations of up to three thousand of these birds at the same time. A little in Russia such places where you can meet in such a large number of Demoiselle cranes, which is why this bird has become a symbol of the reserve. About pond vegetation includes reed, bulrush, cattail, sedge. Interesting and original form are plants tumbleweeds. 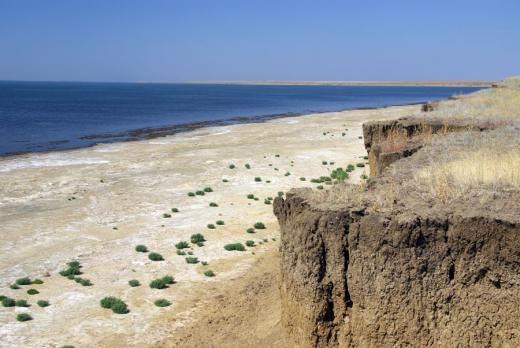 “Krasnopartizanskiy” section of the reserve.

“Krasnopartizanskiy” site is located 5 km south-east of the “Starikovsky” plot Remontnensky area and covers 1768 hectares. On the boundaries of this area are growing forest plantations, where they found their permanent place of residence of rooks, falcon, kestrel. Steppes of this part of the reserve known as a place of clusters on autumn migration flocks Strepetov. 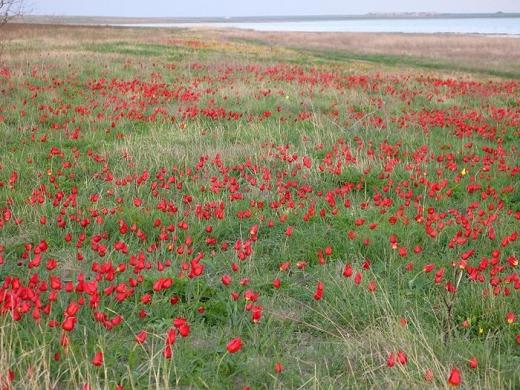 Part “Tsagaan-Hag” is located in the south Remontnensky district. Its area is 990 hectares. This mysterious name of the site is translated from the Kalmyk means “white silt”: lake located on saline site periodically dries up, then on the surface appears white salt, which gave its name to reserved lake.

The site is located in two regions of the Federation: the western part – Proletarian Reservoir – in the Rostov region, the eastern – Lake Manych Gudilo – in the Republic of Kalmykia, within a branch of the state ornithological reserve “black earth.” The western boundary of land is located 160 km south-east from the city of Rostov-on-Don, East – 80 km to the west-south-west from Elista.

Proletarian reservoir is a large reservoir with a maze of lagoons and shallow bays on the North coast. Typical zones reed developed only in freshened areas in gullies and Novo-Manych dam. Breeding, moulting, feeding during migration of wild geese, sandpipers, ibises and pelecaniformes. The area of concentration of migratory geese, ducks and waders.

On the lake. Manych Gudilo due to high salinity, emergent vegetation is almost not developed, and the numerous islands of the reservoir covered with grass-forb associations. 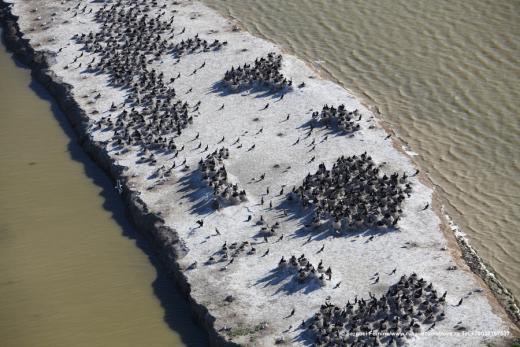