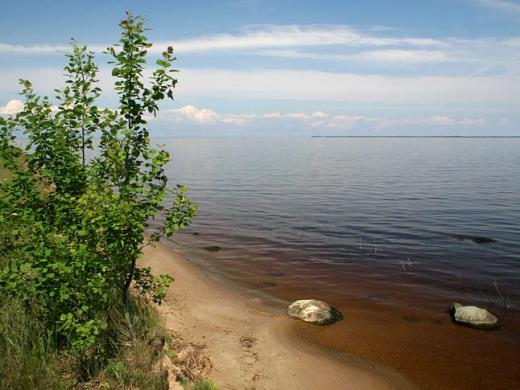 Rybinsk reservoir is a large reservoir on the Volga river and its tributaries Sheksna and Mologa. Located mainly in the Yaroslavl region, in the North-West, partly also in Tver and Vologda regions. Formed in the late 30’s-early 40-ies of XX century wodoodporne structures Rybinsk hydroelectric station, located in the Northern part of the Rybinsk, overlying beds of two rivers: the Volga and Sheksna. The hydrosystem includes building Rybinsk hydroelectric power 346 MW (original 330 MW), built on the old bed of the Sheksna, ground run-of-river dams and interfacing their dam, a concrete spillway dam and double-strand gateway, built on the Volga course. The value of reservoir: navigation, fishing, power generation Rybinsk hydroelectric station. About 17 thousand years ago on the site of the Rybinsk reservoir was glacial lake. Gradually it became shallow, and there was extensive Small-Sheksna lowland. 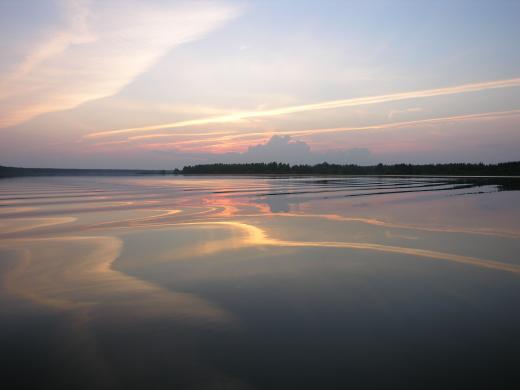 The shore of the Rybinsk reservoir predominantly low, its coastline stretching wet meadows, forests, swamps. The only places in the valleys flooded rivers can be found cliffs covered with pine trees. The height of the waves up to two meters. With the advent of the Rybinsk reservoir, the climate in the surrounding areas have changed. The summer was cooler and more humid, ceased to grow wheat and flax. In winter, the reservoir is frozen. The ice lasts from mid-November to early may. The average ice thickness reaches 60-70 centimeters. From the North-Western shore of the Rybinsk reservoir often large detached layers of peat, covered with vegetation, and even small trees. They are Autonomous swim across the waters, creating minibosses. The ship channel is away from the coast. Navigation takes an average of 190 days. Ports: Cherepovets – when it falls into the reservoir of the river Sheksna, vesegonsk – at the confluence of the river Mologa. Through the Sheksna reservoir is connected with the Volga-Baltic water system. 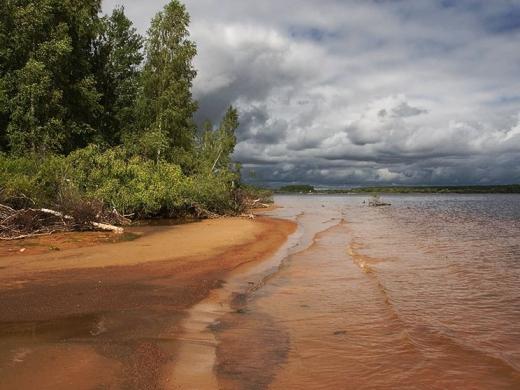