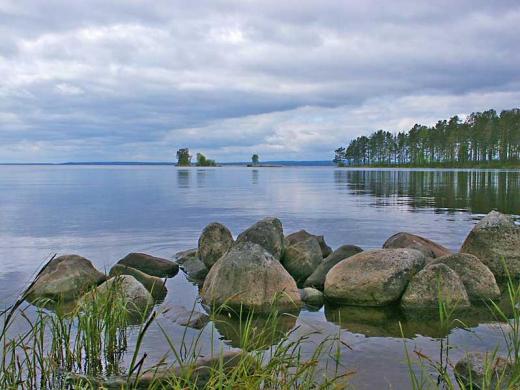 Onega lake is a lake in the North-West of the European part of the Russian Federation located on the territory of Karelia, the Leningrad and Vologda regions. The second largest lake in Europe after Ladoga. Belongs to the basin of the Baltic sea Atlantic ocean. The lake area without the Islands is 9690 km2, and the Islands – 9720 km2; the volume of water – 285 km3; length from North to South – 245 km, the maximum width is to 91.6 km. Average depth is 30 m, and the maximum is 127 m On the shores of lake Onega are the cities of Petrozavodsk, Kondopoga and Medvezhegorsk. Lake Onega get about 50 rivers, but only one flows out – Svir.

Shore, bottom topography and hydrography of the lake.

The surface area of lake Onega is 9,7 thousand km2 (excluding Islands), length – 245 km, width – about 90 km North shore is rocky, highly rugged, South – mostly low, undifferentiated. In the Northern part of deep into the mainland numerous lips, elongated like ticks cancer. Here is juts out into the lake huge Zaonezhye Peninsula, South of which lies the island of Great klimenetsky. To the West of them, is the most deep (up to 100 m and more) part of the lake – Big Onego lips Kondopoga (with depths of up to 78 m), ilem-Gorsky (42 m), Lizhemsky (82 m) and Unitsa (44 m). South-West from the Big Onego extends Petrozavodsk Onego with its bays Petrozavodsk lip and small Algumas and Bingoboy. To the East of Zaonezhye stretched North Bay, Northern part of which is called Povenets and South Zaonezhie Bay. Deep sections are alternated with banks and groups of Islands, which dismembered the Bay into several parts. The southernmost of these areas – Small Onego depth of 40-50 meters of Many stones on the shores of the lake.

The average depth of the lake is 31 m, the maximum depth in the most deep-sea Northern part of the lake reaches 127 M. the Average depth in the Central part is 50-60 m, closer to the South the bottom rises up to 20-30 meters To lake Onega characterized by numerous pronounced increase and reduction of the bottom. In the Northern part of the lake a lot of gutters, alternating with high rises bottom, forming banks, which often catch fish industrial trawlers. A significant part of the bottom is covered with silt. Typical forms are Ludi (shallow rocky shoals), Selge (deep improve the bottom with rocky and sandy soils in the southern part of the lake), underwater ridges and ridges and trenches and pits. Such relief, creates favourable conditions for fish life. For the regime of lake Onega is characterized by spring water rise, which lasts 1.5-2 months, with annual amplitude of water level up to 0.9-1 m The lake discharges regulated Verhnesvirsky HPP. Rivers bring to 74 % of the income part of the water balance (15,6 km3 per year), 25 % falls on precipitation. 84 % of the expenditure part of the water balance falls on runoff from the lake on the river Svir (average 17,6 km3 per year), 16 % – on the evaporation from the water surface. The highest water levels of the lake in June – August, the lowest – in March – April. There are frequent unrest, storm waves reaching up to 2.5 m high. The lake freezes in the Central part in the middle of January, in the coastal part and bays, in the end of November – December. In late April, opened the mouth of the tributaries, the open part of the lake in may. Water in open deep parts of the lake is transparent, with visibility up to 7-8 m In bays a little less, up to one meter or less. Fresh water with salinity of 10 mg/L.

Low coast of Onego lake wetlands and flooded when the water level rises. On the banks of the lake and its Islands, in the reed and the reed-beds, there are ducks, geese and swans. The coastal area is covered by dense taiga forests in pristine condition. Lake Onega is distinguished by great variety of fish and aquatic invertebrates, including a significant number of relicts of the ice age. In the lake there are sterlet, salmon lake, lake trout, trout, char Luna, Paliy pit, whitefish, vendace-kylec, whitefish, grayling, smelt, pike, roach, Dace, silver bream, bream, sabrefish, Golden carp, trout, loach, catfish, eel, pike, perch, ruff, slingshot Onega, bullhead, burbot, lamprey eel river and brook. Just Onega lake meets 47 species of fish belonging to 13 families and 34 species. 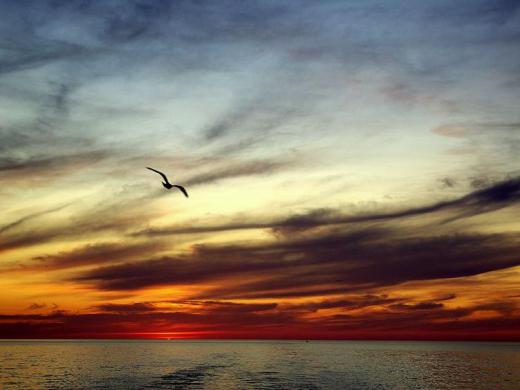 The total number of Islands in the Onega lake reaches 1650, and their area is 224 km2. One of the most famous Islands in the lake is the Kizhi island is situated on the homonymous Museum-reserve with built in XVIII century, the wooden churches of the Transfiguration and intercession. The largest island is a Large klimenetsky (147 km2). It is located several towns and a school. Other Islands: Big Lelikovsky, Suyari.