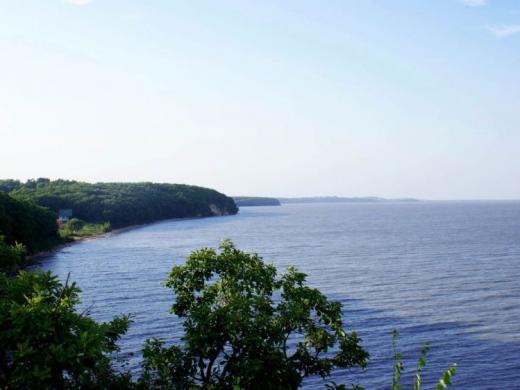 Lake Khanka is located on the border of the Primorsky region of Russia and the Heilongjiang province of China. Khanka is the largest freshwater reservoir in the far East. The area 4070 km2 (with an average water level), length 95 km, dominated by the depth of 1-3 m, maximum – 10,6 m flow Into the lake, on 16 rivers, particularly Muddy, Melgunovka, the komissarovka river; flows the river Sungacha, a tributary of Ussuri river (Amur river basin). The Khanka lake and the adjacent territory are unique on biological diversity. Here are common meadow plant communities, grassy bogs, oak forests and woodlands, with the participation of pine grave. The lake is home to a large number of freshwater fish and other aquatic organisms. The presence of large freshwater reservoir led to the concentration of huge numbers of waterbirds. Of protected areas there is Khankaisky nature reserve. 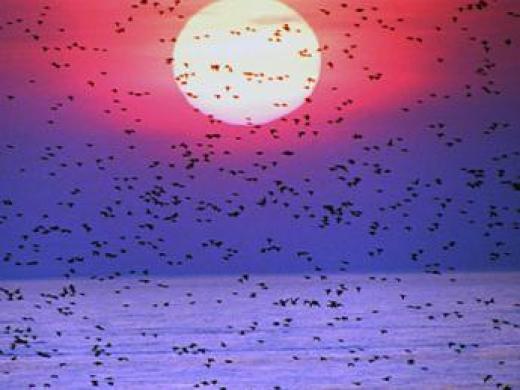 The Khanka lake is the largest lake of Primorsky Krai is located in the centre Khanka lowland on the border with China Heilongjiang province.
The Northern part of the lake belongs to China. The lake – pear extension in its Northern part. Surface water is variable, it changes depending on climatic conditions. The maximum reaches 5010 km2, minimum – 3940 km2. The length of the lake is about 90 km, the maximum width is 67 km In the Khanka lake flows into 24 river, only one flows out – Sungach, which connects it with the Ussuri river, and the latter in turn with the Amur river. The Khanka lake is a shallow lake with an average depth is 4.5 m, and prevailing depths of 1-3 m, maximum depth is 10,6 M. Water in the lake is muddy, because of the frequent winds, and consequently strong mixing. The average runoff in the lake equal 1,94 km3 per year from a lake near – of 1.85 km3. Freezes in the second half of November, opened in April. Varied fauna and flora of lake Khanka. In 1971, in accordance with the Ramsar Convention, this territory was assigned the status of wetlands of international importance. And in 1990 in the basin of lake Khanka is organized by the state nature reserve Khankaisky. In April 1996 between the Governments of Russian Federation and people’s Republic of China signed the agreement on creation on the basis of Khankaisky nature reserve in Russia and Chinese reserve “Xingkai-Hu” of international Russian-Chinese nature reserve “Lake Khanka”. 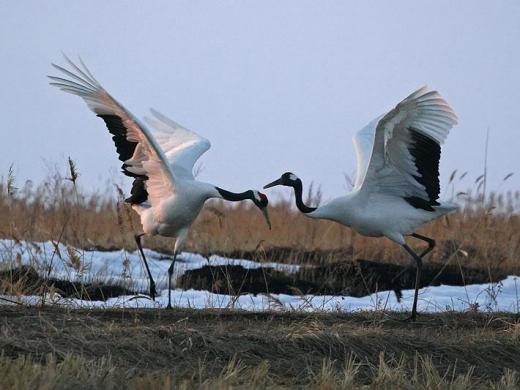 The wetlands in the basin of lake Khanka are a unique natural complex. Khanka lowland and the coast of the lake are quite wetlands. Characteristic of Khanka so-called Plavni – plant communities formed by different kinds of sedge and grass. They form strong turf, covering the water table on the many tens of square kilometers. Here presents meadows (from wetlands to steppe, meadow-forest, forest-steppe and steppe plant communities. In the lake is home to many species of fish and aquatic invertebrates, many of which are endemic. The lake lives 52 species of fish, such as carp, verkhoglyad, carp, catfish, snakehead. On the banks of the nest and stop during migration birds of all kinds.