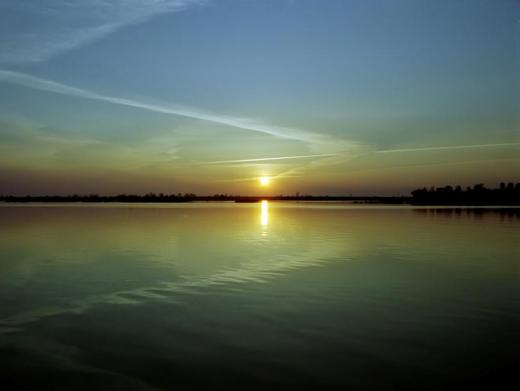 Lake Ilmen – lake in the Western part of the Novgorod region. Belongs to the basin of the Baltic sea Atlantic ocean. Post-glacial reservoir (on the place of an aquatic systems) with picturesque beaches and long history of development. Traditionally attractive for Russian and foreign tourists.

The lake area, depending on the water level varies from 733 until 2090 km2 (at an average level 982 km2); length of about 45 km, width up to 35 km; a depth of 10 m The coast is mainly low-lying, marshy places – Delta, with many flat floodplain of Islands and channels; along the northwestern shore stretched ridges alternating with depression; in the South of the swamp. In the Ilmen lake flows into about 50 rivers. The largest of them are: Msta, Sex, Lovat with Polist, Selon with Magoi, Veranda, Wiraja etc. From lake Ilmen follows only Volkhov river, which flows into lake Ladoga. The main power of the lake at the expense of inflow of the rivers with spring flood and winter low-water period. Level fluctuations to 7.4 m (minimum – in March, the maximum in may). The ice from November to April. The lake is rich in fish (bream, smelt, burbot, pike). Before the construction of the Volkhov hydroelectric power station were carried whitefish. Lake water contains many organic substances, so the water has a yellowish color. Ilmen included in Vyshnevolotsk water system. 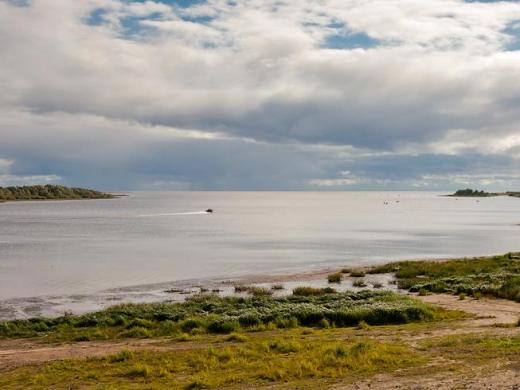 Ilmen – unusual lake. Its height above sea level 18 M. the basin of the lake is so small and it is not clear expressed, and the water exchange nostalgically that in former times the Ilmen took the spill rivers Lovat, Floors, Meta, Saloni. During the year the water in the Ilmen changed six times. Maximum depth of the Lake with an average water level does not exceed 4.5 m and the area of its water surface, pornoresursy on the changes of the rivers ‘ water content of their catchment area, not more than 2100 and not less than 610 km2. The area of the Lake is approximately 90 times smaller than the area of its basin. Seasonal fluctuation of the lake level about 6 meters Spring water rise stretched from April to June, smooth recession occurs in July – October. Maximum water rise, as a rule, in the first half of may. The length of modern Ilmen, with an average water level is 43 km and width is about 33 km . The lake shore is low, swampy, indented by bays. From the water to separate reed jungle. Only in the South-West from C. Korosten up with. Ustriki stretch along the Lake 12 km reddish limestone rocks – Ilmen glint. From a distance they look like the ruins of the fortress wall. Their height reaches 30 m . In the spring of the water of the Ilmen reach podglad of seraosha Klint, with a low level of water over the pebbles is exposed to a wide, up to 1000 m , sandy beach. The lake is fed mostly by surface runoff. About 96% of coming into the lake waters bring the river and about 4% of the precipitation. On the Ilmen frequent winds SW direction – selanik. Wave in the middle of the lake reaches one meter, and his NW coast of Northern winds there surf up to 2 m . Go Ilmen on small tourist ships, so dangerous, especially when the weather to hide nowhere – Islands on lake no. Water in the lake, even in the summer is not heated above 18-20 degrees. 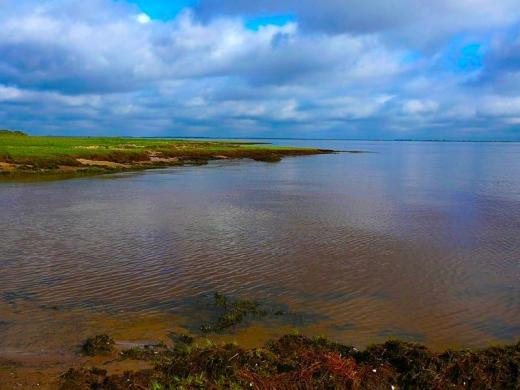 The Ilmen lake Ilmen is among the largest lakes of the European part of Russia. Average area of 1120 sq. km, but with a strong recession of water is reduced to 660 sq. km, and in some years reaches 2230 sq. It is located on the territory of the Novgorod, Pskov and Tver regions. Ilmen – the country’s only water, level difference where flooding is 7 metres, and the area of the mirror this may increase threefold. With an average water level of the length of the Ilmen – 47 km, width – 38 km Ilmen become the largest rivers of the Novgorod region: Lovat, Sex, Msta, Selon and others, and flows only Volkhov. Due to the great flow of water in the lake is replaced for 1,5 – 2 months (for comparison, in the Ladoga lake, over 12 years). Geological studies say that earlier on the location of the Ilmen had an extensive reservoir with depths of 30 meters, in further depression of 90 % was filled with river sediments. Now Ilmen is a “dying” of the water, disappearing under the influence of the age-old process of being filled and the introduction of his bed river sediments. In winter, the lake freezes everywhere, reaching to the beginning of the spring flood, ice thickness 50-60 see The average temperature of the lake is frozen – 20 November. The average date of opening of the reservoir – 28 April. The average duration of ice cover of the lake is 160 days, the period of clean water – 205 days.