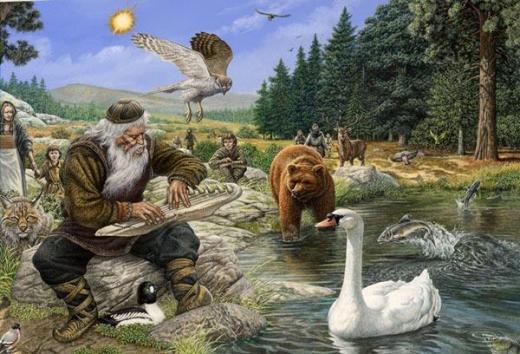 Before the beginning of mass resettlement of Russian peasants in Karelia most part of the territory of the modern Republic was inhabited by Karelians, Veps settled in Zaonezhye, while the Northern and Central regions were inhabited by the Saami. Russian immigrants have founded their settlements in the whole territory of Karelia, but not settled in densely populated indigenous inhabitants of the areas. The first wave of immigrants consisted of residents of Pskov and Novgorod lands that left the familiar habitat due to constant raids of the Tatars. However, the main reason for the mass migration of Russian peasants in Karelia was the desire of the rulers of the Novgorod Republic to occupy new territory and to protect them from attacks of the Moscow Principality. In General, the citizens could realize their plan, but already in 1478, Prince Ivan III managed to subdue Novgorod, and with it went to Moscow and Karelian land. Once the territory of Karelia became part of the Moscow Principality, Russian immigrants flocked to Пудожье. After some time they appeared in Pomorie, despite the fact that these lands were almost unsuitable for agriculture. In Zaonezhye and Обонежье large Russian settlements appeared after the founding of the Solovetsk monastery, and the colonization of Vigozerye began during the so-called old believers ‘ colonization». Many peasants fled to Karelia in attempts to escape from army service, and some of the Muscovite rulers themselves exiled here for speaking out against the princes or the boyars. 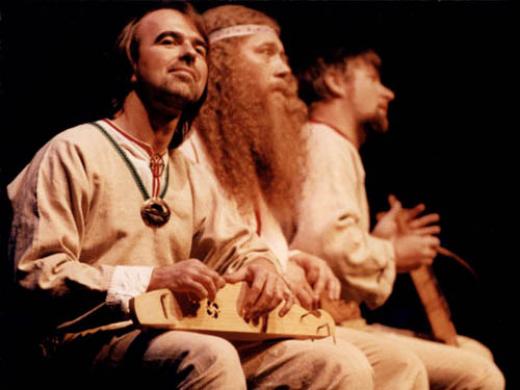 Together with Russian peasants on the Karelian lands migrated Merya, and all other Finno-Ugric tribes. In the XVII century converts to Orthodoxy Karelians also began to move from the Karelian isthmus in the already populated Russian regions. This situation is largely slowed down the process of rusification of small ethnic groups, some of which managed to keep their language and culture until the beginning of the XIX century. Around this time, the Karelians, Veps and Russian were the main part of the population of Karelia. In the Olonets province and some other areas, almost 80% of the population were Russian peasants.

In the early XX century, the descendants of the Novgorod settlers colonized almost the entire coast of the Onega lake and part of Заонежского Peninsula. In the Kem County lived coast-dwellers, who live on беломорскому coast, and the Karelians, which occupied the whole of the rest of the County territory. Thus, on the territory of Karelia was formed 4 of the County, the most part of inhabitants which consisted of Russians. There was also 1 Karelian and 3 mixed County. In the last ratio of Russians and Karelians was about the same.

The most part of Russian peasants Olonets province lived in villages and was engaged in farming. Free time men spent on hunting or catching fish. Population of major cities consisted mainly of Russian and Petrozavodsk since its inception and does positioned as a Russian city. 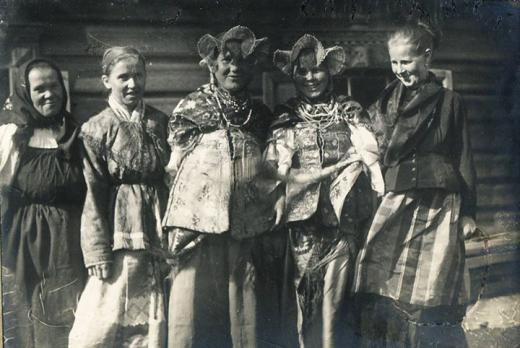 After the October revolution, inhabitants of Karelia were engaged in the process of fundamental change of traditional way of life. Education of the Karelian labour commune led to the fact that the number of Russians the new regional Association significantly exceeded the number of Karelians.

In the 20s of the XX century on the territory of the Karelian ASSR started to appear in the new production company, and after creation of the plan of economic development of the Karelian-Murmansk region began development of natural resources of the Republic. Rapid development of the industry requires a larger number of workers, but in Karelia them is definitely lacking. Soon in sparsely populated Republic began to move workers of the neighboring regions. Within a few decades, the number of Russian population on the territory of Karelia has increased several times.

Before the beginning of the great Patriotic war immigrants settled in areas of major construction projects. Although Karelian and Russian regions were roughly equal in area, density of the population of the latter was slightly higher. In the postwar years, the Karelian industry felt the acute shortage of workers. The new inhabitants of Karelia came from Ukraine, Belarus, Mordovia and Chuvashia. Thus, the number of Russian population in the Karelian ASSR again started growing. Immigrants settled in the industrial centers and cities. In the late 80-ies of the last century Russians settled throughout the territory of Karelia.

Thus, the Russian ethnos in Karelia constantly increasing in numbers, and eventually surpassed in size all other ethnic groups, including the titular nation. In modern Karelia Russian language is gradually replacing of speaking other languages, but on the territories of traditional settlement of Vepsians and Karelians this process has not yet passed the point of no return phase.