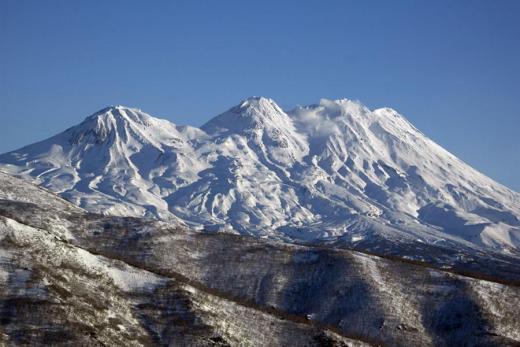 Kamchatka – the mountain territory, three quarters, and even the little more, it is occupied by mountains. Rather large lowlands are only in the north, in the west and in a neutral part of peninsula. In the rest, lowlands are the narrow strips dated for valleys of the rivers. The relief of Kamchatka was formed relatively recently, at the end of the Cenozoic era. Before on a peninsula Kamchatka place there was a sea over which surface in the form of separate islands only separate tops of Median and East ridges towered.

Water, wind, the sun gradually destroyed the lifted sites of earth crust. More all got from water to the least lifted sites of a land. Their flooded, the water washed the most soft rocks, deepening a narrow valleys, they already for ever remained flooded with water. So the rivers were formed. The rivers cut all territory of Kamchatka. Especially deep valleys of the rivers are dated for high mountain ridges.

It is mountain educational process proceeds and today. The proof of it are lifted on hundreds metres of a platform of sea terraces of the western and east coast, risen of water during not so remote time, volcanic activity and earthquakes. For sites rising now slopes of mountains are characteristic deep canyon-like river valleys with a considerable quantity of thresholds and falls and abrupt, places almost steep.

In a falling areas of the territory of Kamchatka is dominated by extensive marshy lowlands. Rivers and streams, getting in the limits of such lowlands, is subdivided into separate branches and do not have distinct channels. If you pull the plots are located near the sea, they are often flooded with its waters. 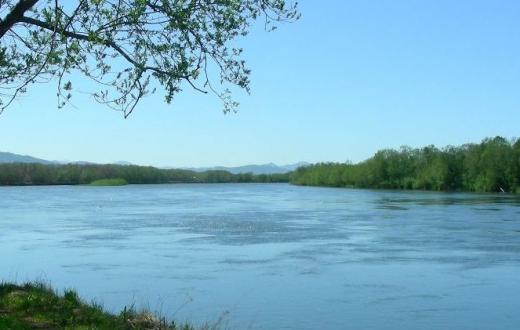 During last several honeycombs thousand years of mountain and lowland of the Kamchatka peninsula repeatedly became covered by powerful glaciers. Traces of last freezing which has ended here 10-12 thousand years ago are most appreciable.

Glaciers too have enclosed the considerable contribution to formation of a relief of Kamchatka. They began highly in mountains and lasted on many tens kilometres, expanding and deepening valleys on which they passed. Largest of them fell to lowland limits. In upper courses of valleys, in places where they began, there were sharp peaks and gear crests of mountains. Falling downwards glaciers dragged behind themselves pieces of rocks. Their big part remained with the bottom limit of distribution of glaciers, forming further hilly relief with a considerable quantity of small lakes of the various form. 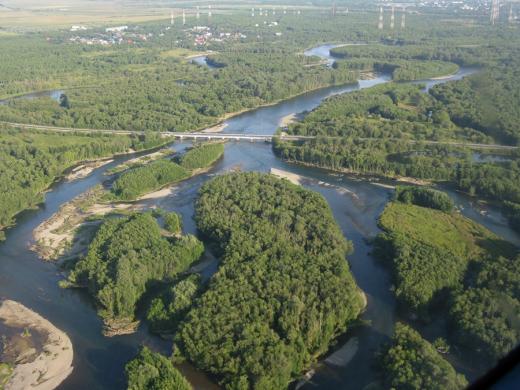 so look today the big sites on a watershed of the river of Kamchatka and the river Fast, in valleys of inflows of the rivers Avachi and others.