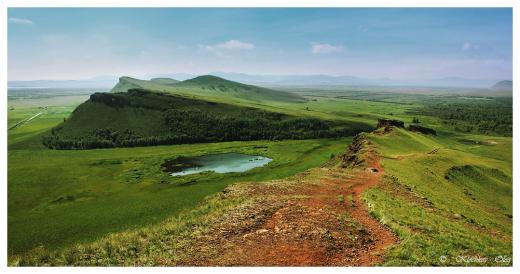 At the extreme South-East of Russia, on the shores of the sea of Japan and the river Amur region, traditionally called the far East. It consists of Amur region, Khabarovsk territory and Jewish Autonomous district, the Primorsky Krai. Sakhalin region.

For many, the far East seems to be a real “edge of the world”. Indeed, the distance from Moscow to the main cities of the far Eastern territory by thousands of kilometers to Vladivostok -9300 km, to Khabarovsk – 8500 km, to Blagoveshchensk – 8000 km Travel to the far East-the rest is not for the lazy couch potatoes, but for fans of adventure tourism and bright impressions. Moreover, afraid of distances no reason – all major cities in the region are connected by airlines with the center and other regions of Russia. Travel time from Moscow to the Far East cities – 7 – 9 hours.

But not all air transport is acceptable for one reason or another. In this case, you can elect and longer way to travel is by train. Fast trains pass this way for 140 -160 hours. Such a journey is an advantage: You drive across the country and 5 – 7 days at the window of the compartment car enjoying the scenery of the Urals, Siberia, lake Baikal, Primorye. You should note that the local time in the far Eastern district ahead of Moscow: Sakhalin-for 8 hours in Primorye and Khabarovsk territory 7 hours, in Amur region – 6 hours.

Features of the region.

Of course, the main features of the far East of the district is its exceptional remoteness from the European part of the country and the striking uniqueness of nature. The far East is very different from other regions of Russia. Special climate, an original relief, Pacific coast, unique flora and fauna give it a unique flavor. Traveler won’t regret thousands of kilometers, once seen its extraordinarily rich nature. He will be fascinated by the marvelous beauty and brightest exotic colors. Climbing to the summit, tasted the tangy smell of blooming Ledum, see smooth, forested hills,the waves go to the horizon, merging there with bright blue of the ocean.
Climate.

Far East region is the only place in Russia with a temperate monsoon climate. According to its characteristics, it is favorable for recreation and health improvement, not hampered by any tourist undertakings. Here frosty winter, dry, amazingly Sunny, and therefore extremely useful for health. Just on the sea coast in winter frequent sharp gusty winds and fogs. The average temperature in January is about -22 -24 degrees and in the South of Primorskii territory and Sakhalin -10 -16 °C. But even the most severe frosts, due to dryness transferred very easily. Snow falls slightly, but in the mainland, it is enough for skiing and mountain-skiing. Spring tumultuous, often cool, with very changeable weather. However, in may, a month when in Primorye bloom apricots, usually warm and Sunny. Since June, with ocean blows warm and humid summer monsoon. Installed warm but rainy and windy weather. In the first half of the summer dominated overcast with rains and high humidity (95 -100%). But the second half of July, August and September is the best for recreation and travel time. In these months at the Russian far East and day and night are very warm – average temperature of almost up to the October kept at +17 +22 degrees, and on Sakhalin – +14 +15 OC C. Many dry Sunny days interspersed with short periods of intense rainfall.

The far Eastern region is located at latitudes Ukraine and Sochi (42 degrees to 50 degrees Northern latitude), and the sun here is the same southern and affectionate. According to the number of Sunny days and sunshine duration resorts of the Far East are not inferior to the Caucasus and the black sea coast. The sun shines 2200 – 2350 hours in a year. In the far East falls moderate rainfall of 500 – 550 mm in the inland areas, 700 – 750 – on the coast of the Pacific ocean and on Sakhalin. Only in the mountains, precipitation increases up to 800 – 900 mm Overwhelming part of atmospheric moisture precipitation falls during the summer.

Far East, especially Sakhalin and Primorye is designated in which there is such an unpleasant and even dangerous phenomenon as the tsunami, avalanches, landslides, storms, typhoons, heavy rains, floods, fogs. When planning to travel, you must consider the probability of these elements.

Landscapes of the Far East extremely diverse. Along the Amur river and its tributaries are drawn plains. In the North and West of the district, they are covered южнотаежными forests of special Daurian larch. In the South, on a flat Приханкайско-Amur lowlands grow unique Manchu broad-leaved forests, in which there are many relict and southern plants: Mongolian oak, белокорый elm, Amur Linden, Manchurian ash, cork tree, hornbeam. In many places they are replaced with small-leaved forests of the yellow, black and iron birches. Bizarre bushes-Manchurian walnut, apricot, rhododendron,arizema Japanese – and vine-wild grapes and Schizandra, Actinidia – give these forests unique look and make them similar to subtropical. The lowest areas in the valleys of the vast space occupy specific swamp-larch Marie and rich, vast meadows, colorful atmosphere which make blue irises and large orange tiger lilies. Forest Primorye saturated health, as nowhere else in Russia. Miraculous healing plant ginseng, Chinese Magnolia vine, Siberian ginseng grow and absorb the forces of nature.

In the far East all the new and unusual for Europeans. Even the mountains are unusual. In parallel to each other from the South-West to North-East extend low ridges with rounded dome-shaped peaks and gentle slopes. There is no sharp peaks and crests, no abysses and steep canyons. These mountains are called the hills. In the North they are covered with spruce-fir forests and in the mountains of the southern part of Primorsky Krai special grow coniferous-broad – leaved forests-famous Ussury taiga. In these peculiar jungle only trees and bushes of more than two hundred species. Their appearance is not characteristic usual for Russians temperate: by spruce, Korean cedar, black fir coexist with oak, hornbeam, maple trees, entwined in lianas, and the numerous bushes almost hidden ferns and high разнотравьем.Only on Sakhalin island you can see rare whimsical stone-birch forests with thickets of bamboo and unique in the tall grass. Thanks to the climate, the features of relief and wondrous beauty of the vegetable world, the far East is very popular active pedestrian and ski tourism. With local tourist committed Hiking on the slopes of the Sikhote-Alin mountains. In the mountains near the town Arsenyev and on Sakhalin island, near the camp “Mountain air”, equipped with tracks for fans of mountain skiing.

In this land of intricately mixed not only plants, but animals, adding to the exotic Far East. Wolf, lynx, brown bear live next to a tiger, leopard, spotted deer, skinny turtle, bright and big butterflies. Rich and very diverse fauna: waders and waterfowl, wild hoofed and fur-bearing animals, and because sport hunting is another specific form of recreation in the far Eastern district.

One of the main treasures of the far East of the district is its lakes. In Amur and the Ussuri rivers laid boat tourist routes, tourists water-floating down the small tributaries of these large rivers on rafts and kayaks, on the banks of the rivers built chalets and motels. In July – August, when the river water warms up to 18 degrees +20 C, you can swim in the rivers. “Amur-Batyushka” entails the possibility of unique fishing. Here there are 85 species of freshwater fish. Richer in number of species only Mississippi and Amazon. In the Amur are found unique local fish-huge Kaluga and Amur sturgeon, Amur pike and bream; southern exotic flavor is given to the Amur tropical species – snakehead, silver carp, silver carp. Along with them, the lucky fisherman can catch a big taimen, grayling. In an unusually beautiful rivers-падуны hanging from the Eastern slopes of Sikhote-Alin in the ocean, in the spring come spawn salmon: chum salmon, pink salmon.

Rich possibilities for leisure travel provides non-freezing sea of Japan. Short and long cruises – one of the specific types of tourism in the far East. You can make a small swimming in the Gulf of Peter the Great or go on a long journey to the volcanoes of the Kuril Islands and geysers of Kamchatka. The Eastern coast of the Primorsky region are scarce. Banks are steep, rugged, comfortable to rest a little coves. Along the shore is cold, so even in summer the water is rarely heated above +14 +16 degrees C. in Contrast, the southern coast of Primorye exceptionally beautiful, easily accessible and very convenient for relaxation. In the Amur Bay, in the Gulf of Posyetta many small beautiful coves with pebble or sandy beaches. And the West Bank of the Ussuri Bay, stretching almost 40 km away, like the “big” Sochi is a solid resort area. Here, pure salt water of the ocean in August – September warms up to +22 degrees +24 degrees C. From July to October, 60 to 80 days, the swimming season lasts. Clear water and rich underwater world of the Pacific launched the deserved glory of the charms of the local hunting and diving. People with aqualungs come here even from Moscow and St. Petersburg.

Arrived to the far East. In the region there are many monuments of Russian naval glory, starting from the commander Vitus Bering and captain of the Nevelskoy to Tsushima heroes and the two world wars. Here fought legendary Sergey Lazo, passed the formative years of the writer Alexander Fadeyev. In Khabarovsk should certainly explore panorama “volochaevsky Sopka and in Vladivostok – visit the Museum of the Navy and marine memorial cemetery.

Gorgeous recently delivered in Vladivostok monument to Muravyov-Amursky. In Khabarovsk, we must pay tribute to the history of the conquest of Siberia, bowing to the monument to the outstanding землепроходцу E. P. Хабарову. However, the major educational resource for the Primorye territory, which already in the near future will play a crucial role in the recreational and tourist development of the Krai – its extraordinarily rich nature.