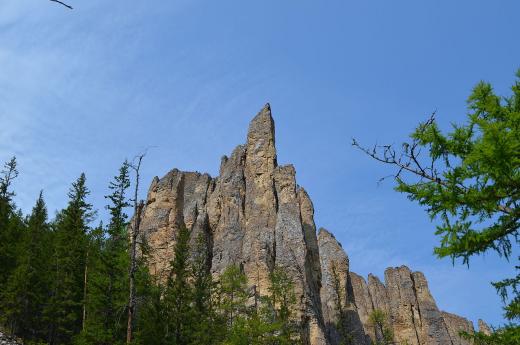 The Lena Pillars are a forty-kilometer-long series of sheer cliffs that stretch along the right bank of the Lena River. Two hundred kilometers downstream is the city of Yakutsk, about a hundred kilometers – the city of Pokrovsk. The length of the rocks is more than forty kilometers. Today it is a natural reserve of Yakutia – cliffs in height from 40 to 100 meters each year become more beautiful and mysterious due to local climatic conditions.

Particularly beautiful is the view of the pillars at sunrise: from afar the mountain range looks like an ancient castle or a magical palace with its outlines, and the river at the foot serves as a mirror making the pillars twice as large and majestic.

How to get there

The road to the Lena Pillars is tiring, but fascinating. From Moscow to Yakutsk you can fly by plane, the price of the question is from 10 100 to 17 000 RUB (depends on the season), the journey time is about 6.5 hours. Boats run from Yakutsk to the Lena Pillars. This part of the route is most often remembered for tourists, as the beauty of these edges fascinates. You can do this on a small boat or boat, or you can hire a private vessel. More details on the official website of the national park “Lena Pillars”. Prices on this page are for November 2017. 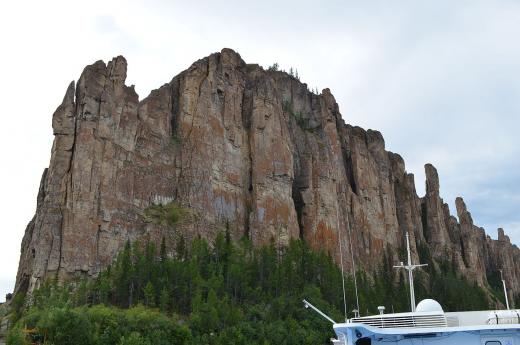 The climate in the area of rocks is sharply continental, that is, contrast. If the temperature of the thermometer can fall below -35 ° C in winter, then in the summer it is quite possible to expect not only +20 ° C, but +40 ° C. Because of the river, the air is wet, so in winter there is a strong frost, and in the summer it is stifling.

The National Nature Reserve “Lena Pillars” was established in 1995 and has since attracted the attention not only of tourists, many of whom are foreigners, but also scientists. The fact is that the reserve, in addition to the picturesque rocks, is famous for its flora and fauna. Here lives a lot of animals and birds, including rare: bears, lynxes, wolverines, wolves, squirrels, elk, elk, hares, squirrels, muskrats, golden eagles, eagles, falcons, white herons. There are many fish in the river, including valuable sturgeon, nelma and grayling. Many representatives of local flora and fauna are listed in the Red Book. It is not the first year that the Lena Pillars claim to include the reserve in the UNESCO World Heritage List.

The total area of ​​the reserve is almost 500 thousand hectares. It is not only rocks, but also picturesque forests, and according to this feature two parts are singled out in the park: the Stolby itself and the Tukulan site (in translation from the Evenki “sand”). Here you can walk not one day on a variety of routes, visit the picturesque observation platforms, rafting along the river. 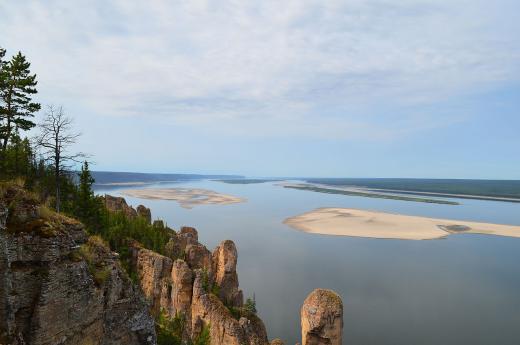 Archaeological value of the reserve

The ridge of the Lena Pillars began to form about 400 thousand years ago. In fact, these are precipitous cliffs, the base of which is the Cambrian limestone.

Cambria is the ancient name of the county of Wales. The fact is that limestones forming the rocks of the Lena Pillars were first discovered in England, on the territory of Wales.

On the territory of the Tukulan site, scientists discovered the remains of a mammoth, an ancient bison and an ancient rhino. And still these places keep a memory of the parking of ancient people. The Lena Pillars themselves testify to this: using natural yellow paint, people drew various scenes from their lives on the rocks. These drawings, discovered not so long ago, seriously interested archaeologists and anthropologists.

According to a number of Yakut scientists, these places can be the “cradle of human civilization”. The results of archaeological research suggest that the first man appeared in the area stretching along the Lena River. This hypothesis is confirmed by the fact that the most ancient tools of labor were found here. 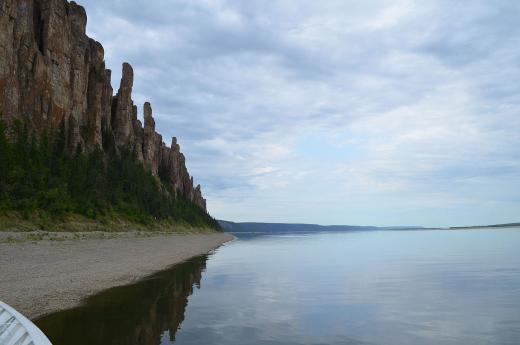 The first columns appearing in the field of view make you forget about the difficulties of the path and attract attention to yourself. Rocks of red sandstone, sometimes overgrown with wood, are reflected in the smooth surface of the great river, cliffs of light gray limestone hang over the water, layers of quartzite gleaming in the sun. The rays of the setting sun change the picture, turning it from majestic to almost ominous. Not on any of these rocks you can climb, but in the reserve there are several survey sites at an altitude of about 100 meters, from here you can admire the surroundings and the great Siberian river.

The reserve offers its guests one- and two-day excursions, during which you can see the unique relief and local vegetation, listen to the story of animals that have long been inhabited in these places. 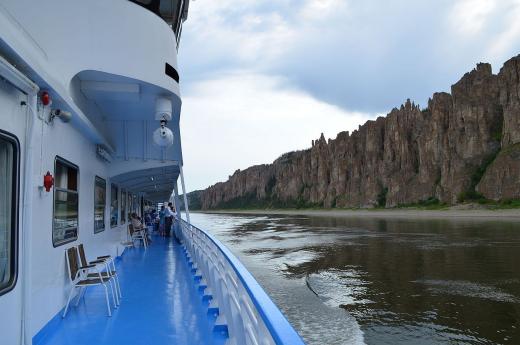