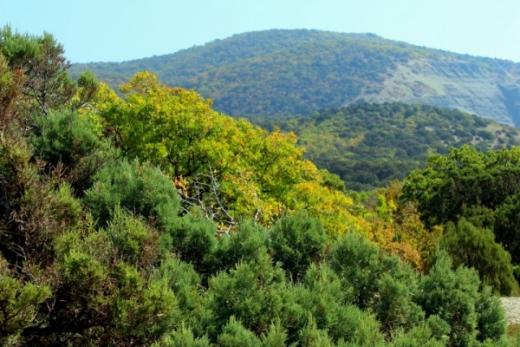 State Nature Reserve Utrish located in the Krasnodar region, in north-western Black Sea coast. Its total area – 10008 ha. The reserve was established in 2010, on September 2.

On reserved territory dominated warm-temperate climate. It is characterized by hot, dry summers and mild winters with no permanent snow cover. Most of the precipitation falls in November, December and January. The least precipitation occurs from May to August.

In Utrish reserve are the following waters: Lake Sukhoi Lyman, creek in Vodopadnaya Slots, upper river Sukko and two unnamed coastal lake. The number of temporary belong streams of watersheds of rivers Adegas, Durso, Sukko, as well as independent streams, which flow into the crevices of the Wide, Red, Peniska, Trubetskaya and others.

In addition, on reserve lands are sources of mineral waters. River Adelby, Adegas, Bogage, are tributaries of the river Kuban different order. They fall into the sea of Azov. Also in the buffer zone of the reserve has a Lake Sweet Lyman. 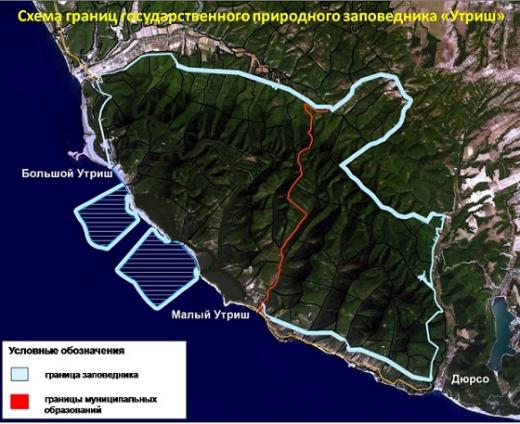 State natural reserve Utrish and its flora and fauna.

A distinctive feature of the flora of the nature reserve Utrish is unique pronounced Mediterranean core tertiary relict flora. It is represented by endemic species, such as Pitsunda pine, pistachio, fragrant juniper and juniper high. 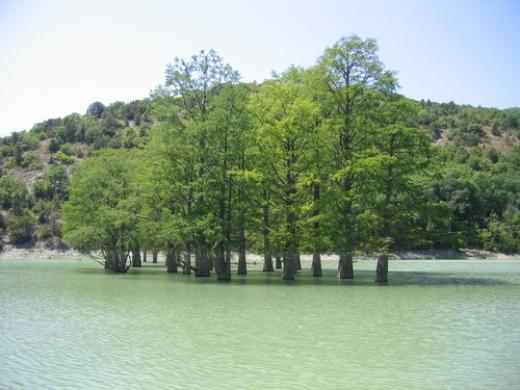 The most ancient plant Association are pistachio-juniper woodlands, where the Mediterranean flora is 62% of the plants. About 40% of the share of such types of accounts in the oak-hornbeam forests. Significantly reduced this value, where the vegetation has suffered from economic activity – 29%. 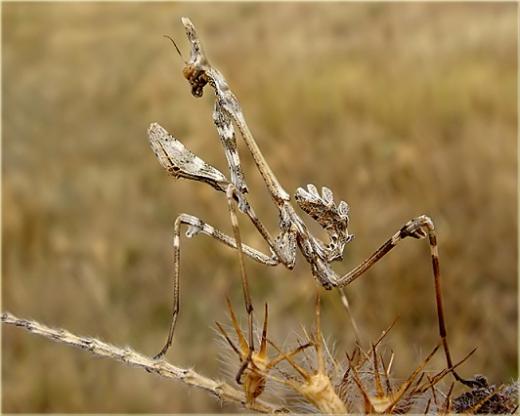 The fauna of the reserve Utrish presented primarily reptiles and invertebrates. It was opened Empusa fasciata, which had previously been known only by the finds from the Crimea. Also on the reserved territory can be seen Saga pedo, eskulap runner Mediterranean tortoise. Typical representatives of the local avifauna are the following: serpent eagle, the vulture, the black vulture, white-tailed eagle, peregrine falcon. The huge diversity of species observed in the reserve during the autumn and spring migration along the sea coast.