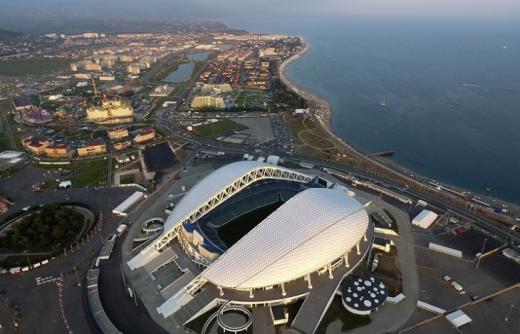 The stadium was erected for the 2014 Winter Olympics in Sochi, where the opening and closing of the games took place. For the 2018 World Cup reconstruction was carried out. Holds 40 thousand spectators, but after the World Cup 2018, will reduce the number of seats to 25 thousand. There will be group matches and one of the games of the 1/8 finals of the 2018 World Cup.

The Olympic stadium Fisht was built for the 2014 Winter Olympics. The arena is located in the Imereti lowland of the Adler district of Sochi on the territory of the Olympic Park.

After the Olympic Games, the stadium was closed for reconstruction in order to bring it in line with FIFA’s requirements for international football tournaments.

The stadium is named after the mountain top of the Main Caucasian Range. The name of the arena will not change during the tournament and after it. “Fisht” – the word Adyghe (Adygea – the indigenous population of these lands), translated as “white head”, coincides with the name of the mountain peak of the Greater Caucasus. The look of the stadium in Sochi resembles a mountain top thanks to the ascending uphill roof.

The maximum capacity of the stadium “Fisht” after reconstruction is 43 700 seats. 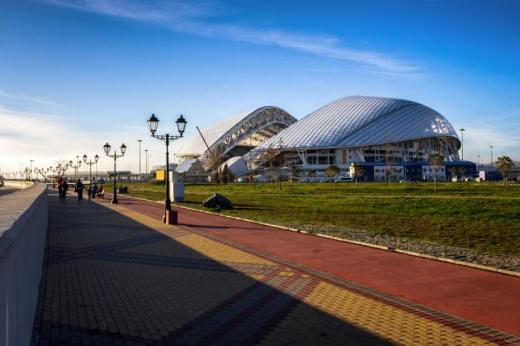 In the renovated stadium four stands – two indoor and two open. Covered stands cover the structure of the roof, which consists of two separate parts. From the stands you can see the mountains and the sea. 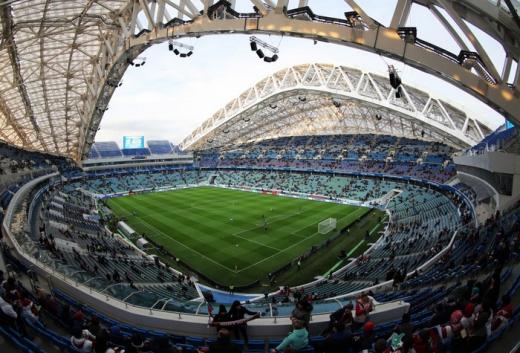 After the Winter Olympics in 2014, Sochi became one of the most modern cities in Russia. And according to the constructed objects of the sports infrastructure, now it is not inferior to many European capitals. 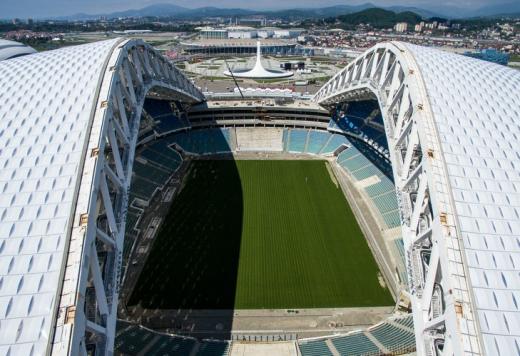 It would be strange not to call Sochi as one of the cities hosting the 2018 FIFA World Cup. Sochi became one of the main cities in the Russian application for the home World Cup, whose candidacy – along with Moscow, St. Petersburg and Kazan – was practically not discussed. 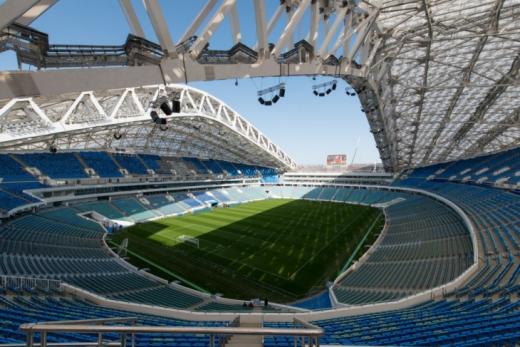 Construction of the stadium “Fisht”

The “Fisht” arena began to be built almost immediately after receiving the right to conduct the competitions. Already in January 2012, builders reported on the completion of the general framework of reinforced concrete: its height was 36 meters, and the stadium has already accepted its recognizable shape in the future. Completely completed construction was in 2013. 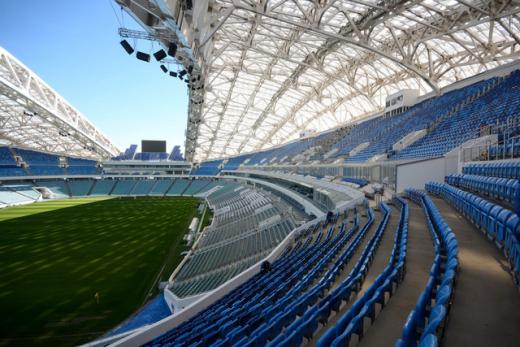 Reconstruction of the stadium “Fisht” for World Cup 2018

What changed after the reconstruction?

It was dismantled 3,800 tons of additional metal structures, which were necessary for the events within the framework of the 2014 Winter Olympics. The most noticeable thing that changed at the Sochi stadium was the dismantling of the central part of the roof, the arena turned out to be open, with a big “cutout” in the middle. The roof now covers only the longitudinal central stands. 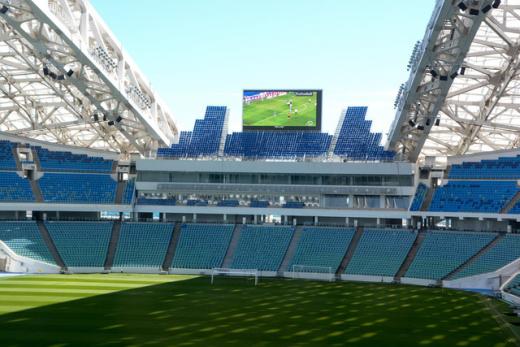 Updated “Fisht” received a football field with a natural lawn. For this, drainage, irrigation and ventilation systems were re-created, sand was brought from several regions to the stadium, and the local microflora was implanted in the lawn itself, so that the grass would better settle down. There is also a system for heating the lawn – 32 km of pipes laid under the cover. 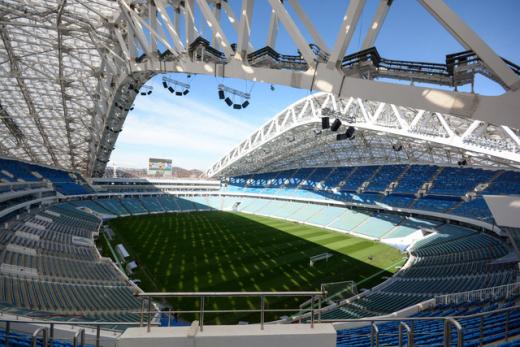 During the reconstruction at the stadium “Fisht” appeared two new stands outside the gates – from the north and south sides. Without changes from the Olympics there was only one – the eastern one. It was necessary to increase the capacity of the sports facility. At the stadium appeared 4.3 thousand additional seats, and the entire arena now accommodates 43,700 spectators.

The cost of preparing the stadium “Fisht” for the matches of the Confederations Cup in 2017 and the World Cup in 2018 amounted to approximately 4 billion rubles.

March 28, 2017 at the stadium “Fisht” was the first football match. In the friendly game there were national teams of Russia and Belgium. The game ended in a draw with a score of 3: 3. The first goal in the arena “Fisht” in the third minute of the game was scored by the defender of CSKA Moscow, Viktor Vasin. 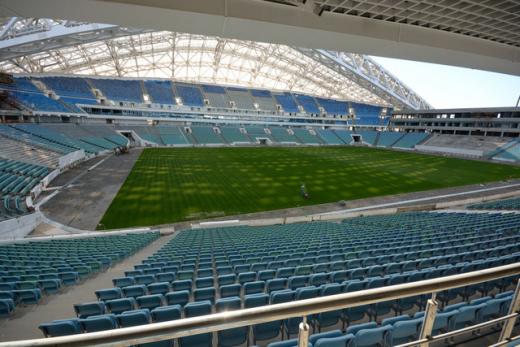 Stadium on the map: