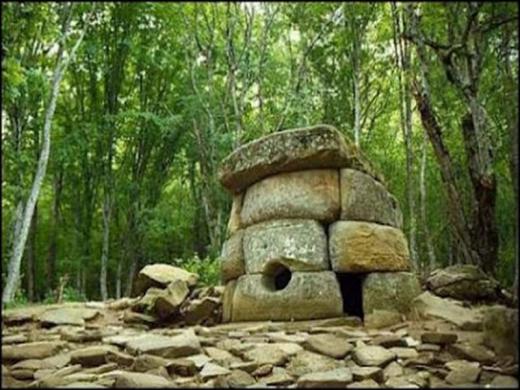 Caucasus is one of the most interesting regions in the archaeological relation. Archaeological researches show, that people on Caucasus lived in a paleolithic. It is proved by the finds made in different years. Will of geopolitical position, Caucasus always was gate between two civilizations: Europe and the West. On territory of Caucasus there was a Great resettlement of the people, having left on itself an indelible trace, in a life, beliefs of the local people, and, basically, ethnic structure of the population. In a kind of an insufficient level of scrutiny of archaeological monuments of Caucasus, till now it is impossible to give the exact answer to questions on an origin of the people, their historical Native land, that already throughout long time calls contradictions among the population of Caucasus. To say that the Caucasus is not studied archaeologically, it is impossible. There are a large number of works of the research of prominent scientists from around the world. However, still a lot of material remains unexplored. Each area a fertile land could reveal the secret of distant years, which opens only archaeologists. They have the right and the opportunity to fully explore the archaeological monument, reconstruct and preserve for us the knowledge of the past. Thanks to their professional skills, each stone is able to tell about interesting events.

Annually in territory of Caucasus tens archaeological excavations and hundred archaeological investigations, by experts from different cities of Russia and even Europe are spent. The number of participants of expeditions includes not only actually archaeologists. Here participate both anthropologists, and soil scientists, geologists and many many experts. Thanks to such approach one household monument can “tell” both about culture, and about people life.

Archeological excavations are a labour-intensive process. Archeologists at occupation layer studying, touch the earth literally hands not to miss the important detail. On the big and serious monuments some years can leave.

The insufficient level of scrutiny is called also, at times by the big concentration of various monuments, various epoch in the limited territory. So, for example, judging by the book «Antiquity of the Kislovodsk hollow», quantity of monuments in that area – more than 900. This number not definitive and cardinally varies every year. With such scales, jobs will suffice still to many generations of archaeologists.

One more considerable lack of archeology of Caucasus, the impossibility of studying of results of archaeological researches in full which, can be presented possible is. The sufficient considerable quantity of books, monographs, articles and other various publications, leaves outside of Caucasus, and only small part of all of it is accessible to the local reader.