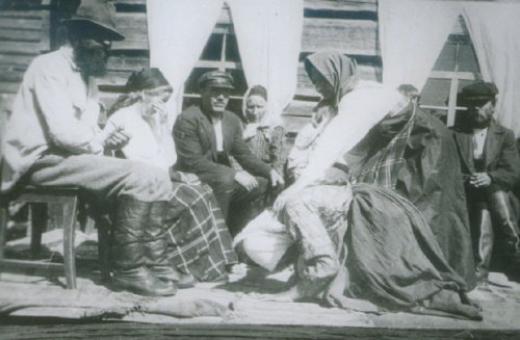 The Karelians are the indigenous people of Karelia, who lived on these lands for hundreds of years. In addition to the common name different ethnic groups Karel preserved their self-designation. So, in the Central and Northern regions of Karelia they call themselves «karyalane», in the Ladoga area – «livvikane», and in the Onega country – «luudilyane».

Karelian language belongs to the Finno-Ugric family of languages, and specifically – to the Baltic-Finnish group. The main dialects are considered Karelian, livvikovsky and ludikovski. The last two dialects were formed as a result of frequent contacts ancient Vepsians and Karelians. With regard to the usual Karelian dialect, he appeared in ancient Korela tribe. Its representatives have inhabited the territory of the Ladoga lake. There are also dialect moved to Central Russia Tver Karelians and dialect Tikhvin Karel, who had settled in the area of Tikhvin monastery in the XVI century.

The ancestors of the modern Karel were Korely – the ancient tribe, расселенное the North West coast of Ladoga lake. Some researchers suggest that the Karelian ethnos was formed not only by representatives of the local population, but also of the Finns, who moved to these places from the Western areas of Finland. This theory also explains some of the typical Finnish place names.

Mention of the ancient Karelians meet in буллах Catholic Church, the Scandinavian sagas and the Russian Chronicles. In the XII century Ladoga area was part of the Novgorod Republic, and since the XIV century the Novgorod and Karelian lands became a part of the Moscow Principality. Karelians took part in the struggle with German, Polish and Swedish invaders in the middle ages, and also participated in the battles of the great Patriotic war.

The Northern Karelians visible clouds lapanoid admixture. The most common among Karel religion is considered Orthodoxy, however, in the past, many representatives of the people absented themselves from the old believers and Gentiles. Certain spread duality of religion is an attempt to combine Christianity with pagan beliefs. 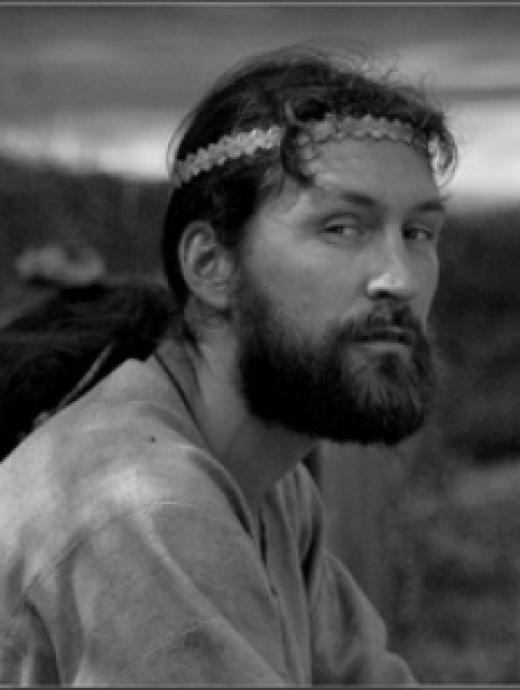 Indigenous peoples of Karelia: the Karelians.

For hundreds of centuries, the main economic classes Karel were hunting, fishing, farming, cattle breeding and various crafts. The main cereal crops were considered barley, rye, oats and wheat. In the XIX Karelians also began to grow turnips, onions, potatoes and hemp. For land cultivation have been used ploughs, hoes, harrows and other devices. In pens on a farmstead kept cows, horses and sheep. Caught fish with nets, lines, landing nets, and the relatively calm rivers staged a – boom of the stakes with discontinuities, which housed the special traps. Karelians hunting any animal, which only can be found in forests, for the sake of meat and skins. Representatives of the indigenous people of Karelia were engaged not only in hunting and fishing, but also able to make jewelry made of precious stones, smelt copper, strike while the iron and raft on the rivers.

Karelian villages were usually located on the shores of lakes and rivers. At home there were randomly, much less commonly observed street layout. The hut had no Foundation and located right on the ground. Under the roof placed, not only residential but also household premises. Buffet in the biggest room put the end to the middle window. Before the advent of Russian oven heated the house with the open hearth. Karels, and washed soared in baths. 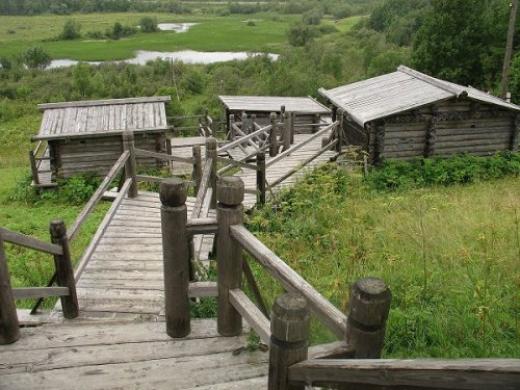 As a means of transportation in winter Karelians used sledges, skiing, in summer they moved on Karelian expanse on horseback. Floating, they moved on boats, but wheeled vehicles was developed very slightly.

The main dishes of Karelian cuisine – various cereals and ear. Karelians baked breads, pies and pancakes. For the winter everywhere harvested dried fish, which is not only used in food, but also mixed fodder for cattle. A drink Karel was tea, however, the Northern Karelians preferred him подсоленное coffee. When the Karely knew how to cook beer, but today his recipe lost. Vodka and other alcoholic beverages are used extremely seldom.

Embroidery, fancy weaving, manufacturing of pearl and gold embroidery products, as well as painting and wood carving are domestic art of the Karelians. Embroidery has a long tradition of many drawings, and residents of the Central and southern regions were ornamented with not only the festive service, but also used routinely tablecloths. With the development of blacksmith and jewelry Karelians learned to produce rings, necklaces, pendants, medals and other decorations. Paintings and carvings were also of the house, the outbuildings and a variety of devices.

Clothes (as and materials for its manufacture) Karelians were made independently. Men usually wore a shirt and pants. Instead of the last women wore skirts or dresses. Among men was made to wear the belt knife in a sheath. As a Shoe were woven of birch-bark boots, boots from rawhide and koiby. 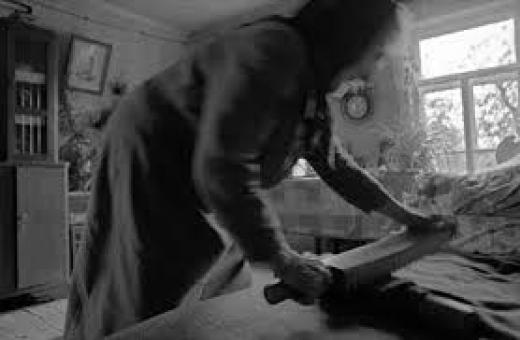 Typical Karelian family consisted of about three generations of relatives who not only collectively engaged in economic matters, but also jointly owned property. At the head of a large family always stood a man, but a woman also had the right to dispose of property. Pressing and just important problems to be solved on family advice to senior family members are treated with respect and reverence. Children were to work at an early age, but they are not attracted to heavy work. In the end of XIX century the Karelian family consisted of 5-6 people, well and modern reduced to three.

Karelians comply with different traditions, rituals and customs. Especially strictly adhered wedding rites, and the marriage could be as vulgar and withdrawal. The event was accompanied by the songs and traditions, lamentations, reading conspiracy and other rituals. Wedding rites Northern Karelians often supplemented pre-Christian rituals. Divorces occurred very rarely; the similar situation was with безбрачием. By the number of religious-magical action with the wedding could be compared only funeral rites. Very solemnly Karelians celebrated the funeral and the anniversary of the death.

Oral poetry Karel known far beyond the borders of Karelia. It is on the basis of the folklore heritage of this nation, and was created a famous epos «Kalevala». In certain situations was taken to perform lyrical, ritual, wedding and funeral songs. Northern Karelians dedicated amorous adventures ейги. After appearing on the Karelian land the first Russian settlers and local residents began to spread, and Russian folk songs. In the evenings, Karelians often stories of various genres that were heard not only children but also adults. Speaking Karel different saturation of various sayings and Proverbs. With regard to the prosaic folklore, he presented not only legends and traditions, but bylinas, which were based on real events.

See also: How many people live in Russia?