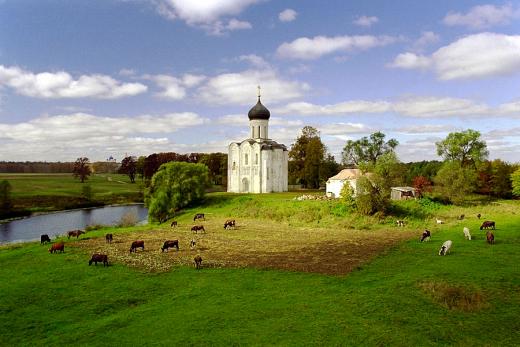 The East European Plain one of the largest plains on our planet (second-large after the Amazonian plain in the Western America). It settles down in east part of Europe. As its most part is in limits of borders of the Russian Federation, the East European Plain sometimes call Russian. In northwest part it is limited to the mountains of Scandinavia, in southwest part – the Sudetes and other mountains of the central Europe, in southeast – the Caucasus, and in the east – the Urals. From the North East European Plain is washed by waters of the White and Barents seas, and from the South – Black, Azov and Caspian.

Plain extent from the North to the south makes more than 2,5 thousand kilometers, and from the West to the east – 1 thousand kilometers. Practically throughout the East European Plain the flat and flat relief prevails. Within the territory of the East European Plain the most part of the population of Russia and the majority of the large cities of the country is concentrated. Exactly here many centuries were formed the Russian state which has become subsequently the largest country on the territory in the world back. The considerable part of natural resources of Russia is here too concentrated.

In the territory of East European Plain platform deposits lie almost horizontally, making lowlands and the heights forming a relief of a surface. Where the folded base acts on a surface, heights and ranges (for example, Central Russian Upland and Timan Ridge) are formed. On the average height of East European Plain makes about 170 meters above sea level. The lowest sites on the coast of the Caspian Sea (its level is about 30 meters lower than level of the World Ocean).

The East European Plain the mark on formation of a relief of the East European Plain was left by a freezing. Most brightly this influence was shown in northern part of the plain. As a result of glacier passing on this territory there was a set of lakes (Chudsky, Pskov, White and others). It consequences of one of the latest glaciers. In the southern, southeast and east parts which were exposed to a freezing during earlier period, their consequences are maleficiated by eroziyny processes. As a result of it a number of heights (Smolensk and Moscow, Borisoglebsk, Danilevsky and others) and lake and glacial lowlands (Caspian, Pechora) was formed.

Still to the south seaside lowlands which partially plunged into ancient times under a sea level settle down. The flat relief here was partially corrected by a water erosion and other processes therefore the Black Sea and Caspian lowlands were formed.

As a result of glacier passing on the territory of the East European Plain valleys were formed, tectonic hollows extended and even some rocks were polished. One more example of influence of a glacier – twisting deep gulfs of the Kola Peninsula. At retreat of a glacier not only lakes were formed, but also there were concave sandy lowlands. There was it as a result of adjournment of a large number of a sandy material. Thus, throughout many millennia the many-sided relief of the East European Plain was formed. 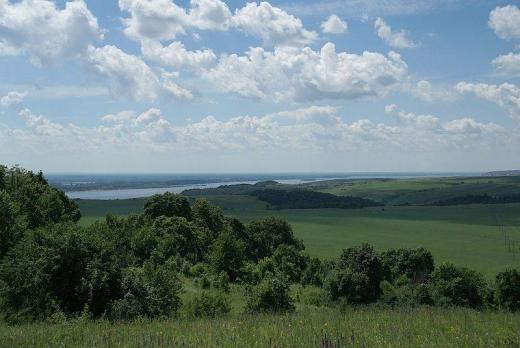 Part of the rivers proceeding on the territories of the East European Plain, belong to basins of two oceans: Arctic (Northern Dvina, Pechora) and Atlantic (Neva, Zapadnaya Dvina), and others flow into the Caspian Sea which doesn’t have communications with the World Ocean. Across East European Plain the longest and river of Europe abounding in water – Volga proceeds.

The East European Plain On the East European Plain there are practically all types of the natural zones which are available in the territory of Russia. At the coast of the Barents Sea in a subtropical belt the tundra prevails. To the south, in a zone of a moderate belt, the strip of the woods which was stretched from Polesye to Ural begins. It includes both coniferous taiga, and the mixed woods which in the West gradually pass to the deciduous. To the south the transitional zone of the forest-steppe, and behind it a steppe zone begins. In the territory of Caspian Depression the small strip of deserts and semi-deserts begins.

As it was already spoken above, in the territory of East European Plain are absent such natural as earthquakes and volcanic eruptions. Though some tremors (to 3 points) nevertheless are possible, they can’t bring damage, and are fixed by only highly sensitive devices. The most dangerous natural phenomena which can occur in the territory of East European Plain – tornadoes and floods. The main environmental problem is pollution of the soil, the rivers, lakes and the atmosphere industrial wastes as in this part of Russia the set of the industrial enterprises is concentrated.